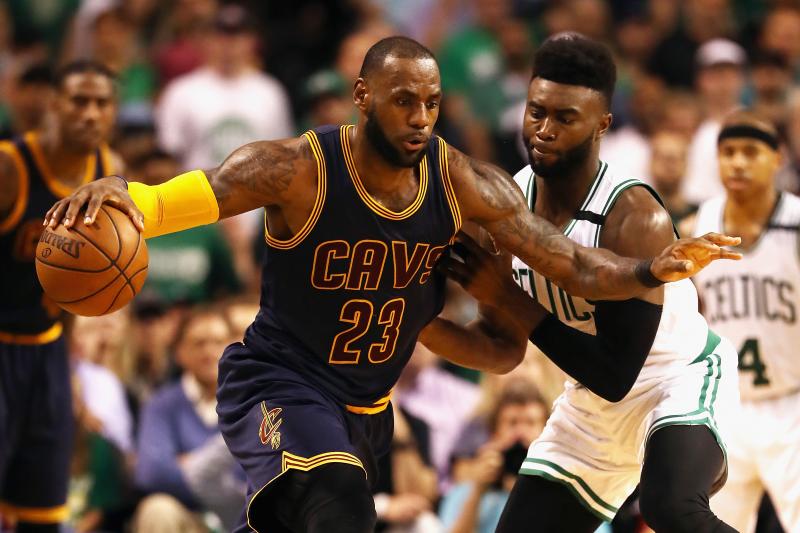 As of this writing, it appears that the Cleveland Cavaliers will come up short in their effort to repeat as NBA champions and will lose to the Golden State Warriors in the NBA Finals for the second time in three seasons. That will drop LeBron James to 3-5 in his Finals career – can we stop with the comparisons to Michael Jordan?

As quickly as debates erupt between James and his predecessors, It’s also never too early to look ahead to next season, with NBA free agency officially opening on July 1. A fourth straight Finals matchup between the Warriors and Cavaliers looks likely as things currently stand as Golden State is a -180 favorite to win it all again next year and Cleveland is No. 2 at +350. Then there’s a huge drop-off to San Antonio at +1500. If you’re looking to place some action on NBA futures, take a look at Sportsbook Review’s list of trusted betting sites.

The NBA’s salary cap for the 2017-18 season is projected to be around $110 million. The Cavs are going to be way over that (at around $125M) with their commitments to just eight players: LeBron ($33.3 million salary next year), Kevin Love ($22.6M), Kyrie Irving ($18.9M), Tristan Thompson ($16.4M), JR Smith ($13.7M), Iman Shumpert ($11M), Channing Frye ($7.4M) and Richard Jefferson ($2.6M). Cleveland also has a team option for around $1 million on young guard Kay Felder that likely will be exercised.
The two biggest free agents would be reserve guards Kyle Korver and Deron Williams. With the Cavs having Korver’s Bird Rights, they could outbid any team for him and might do so because Korver is a good 3-point shooter even though he doesn’t do much else.

Barring a trade – and the Cavs would love to dump Smith or Shumpert, but they have almost no value – the Cavs would only be able to add lower-priced players to the roster. There’s always a chance that an established veteran who is chasing a ring might come to Cleveland for pennies on the dollar, but you can rule out guys like Chris Paul or Dwyane Wade doing so. They aren’t taking $20 million-$25 million pay cuts. There won’t be any help from the draft, either, as the Cavs don’t have a pick in 2017 due to trades.

The good news for the Cavaliers is that no one in the East looks poised to overtake them yet. However, the Boston Celtics, the team that Cleveland vanquished in five games in the Conference Finals, could be a legitimate threat if they make a move or two.
The Celtics, who are +2500 to win the 2018 title at Sportsbook Review’s top-rated betting sites, will have the salary-cap room to chase one of the top free agents on the market, Utah forward Gordon Hayward. He might want to go play for Brad Stevens, his coach at Butler. In addition, Boston has the No. 1 overall pick in this year’s draft and Brooklyn’s first-rounder again in 2018 as trade ammunition. It’s no secret that the Celtics previously inquired about All-Stars Paul George of Indiana and Jimmy Butler of Chicago.

The 2017 NBA Draft is June 22, and if Boston is going to make a big splash for an established star it should happen that night. Perhaps adding just Hayward and, say, selecting University of Washington guard Markelle Fultz No. 1 overall in the draft wouldn’t be enough for Boston to overtake Cleveland. Adding Hayward and George/Butler might be.

It might not matter what an Eastern Conference team does this offseason because the star-studded Warriors, barring injury,are poised to rule the NBA landscape for at least the next few years led by Kevin Durant and Steph Curry. 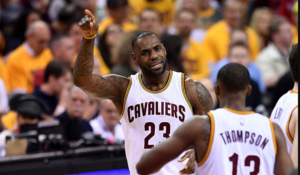