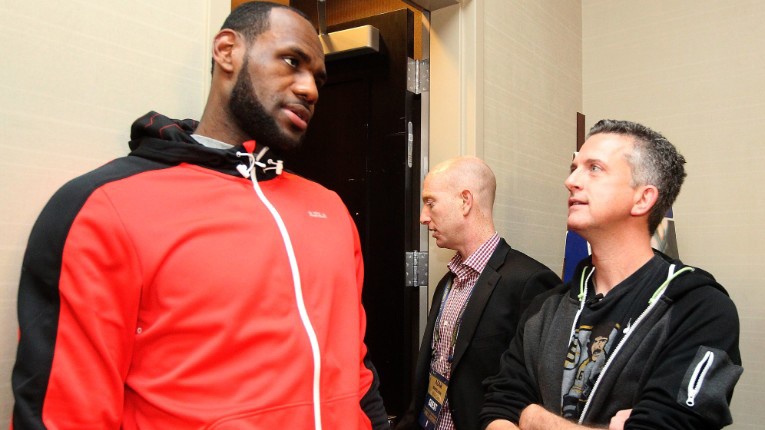 Bill Simmons – sports analyst, author, and host of The Ringer podcast, has a great basketball mind. Fans of the game might remember Simmons’ tenure as Editor-In-Chief of ESPN’s Grantland and his work on various 30 for 30 productions.

Over the course of his 20-plus years as a professional journalist, Simmons has witnessed (and covered) loads of interesting stories first-hand. Being in the business of sports writing for two decades has given Simmons a certain amount of bravado.

After last week’s saga between LeBron James and the Cavaliers’ front office, Simmons decided to voice his opinion on the touchy situation on his podcast. Near the 8:45 mark of the show, Simmons went in on The King. Luke Kerr-Dineen of For the Win and USA Today Sports recants Simmons’ comments in his recent article.

I got to say something about LeBron, who I think is the third-greatest NBA player of all time and is putting together the most incredible start-to-finish basketball career I’ve ever seen. Stop being such a baby. Just stop. You have Kyrie Irving and Kevin Love on your team. Your owner traded for Channing Frye and Kyle Korver. Your owner completely overpaid J.R. Smith. Your owner gave Tristan Thompson an $80 million deal. You have nine, above average rotation guys at worst on your team and I’m including Richard Jefferson who’s a nice ninth guy on a playoff team. You can’t be like, ‘(crying noise) I need help (crying noise)’. It’s like, shut up. You guys had bad luck, stop (expletive) about it.”

Further into the show, Simmons continued to denigrate James, saying:

I think he (James) does this sometimes. When he’s not the center of attention, he does this.”

On one hand, it seems Simmons has respect for the James and the Cavaliers. However, on the other hand, it seems he has no problem referring to The King as “a baby.” Whether you agree with Simmons or not will probably be reliant on your own personal opinion. 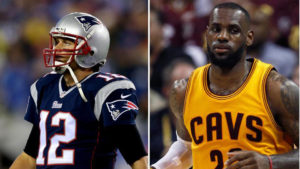