The Cavs will likely try to address two major areas of concern this offseason: a reliable backup point guard, and front court depth and versatility. Here are seven trade options that might make sense for both teams involved.

Webster has been a quietly underrated player for the Wizards, mostly because they’ve decided to use the younger Otto Porter and try to get him used to the NBA game. Webster can be a valuable defensive and shooting asset for many teams out there, and the Cavs could use his services, as he could bring the shooting of a James Jones and the defense of a J.R. Smith. Not great, but could prove valuable if some freak injury were to happen. As we’ve all witnessed these playoffs, that is very much a possibility.

Click “Next” to see the number six trade target for the Cavs this summer!

If the Cavs are looking to add another 3-point shooting big man to complement our non-shooting post players like Tristan Thompson and Timofey Mozgov, Ryan Anderson would fit the mold. He had some great games against the Cavs this year, and if the Pelicans re-sign Omer Asik and offer Anthony Davis $140 million, they may need the cap space from some of our less expensive contracts.

Click “Next” to see the number five trade target for the Cavs this summer!

Bayless has been a backup point guard for most of his career, and a great one at that. He led this year’s Milwaukee team to an unexpected playoff run and an even more surprising fight against the Bulls in the first round of the NBA playoffs.

Click “Next” to see the number four trade target for the Cavs this summer! -Back up PG, favorable contract, GS might need cash for Draymond

Livingston has been a fantastic role player off the bench for Golden State, but they will have big decisions to make related to how much they pay guys like Draymond Green and Harrison Barnes. The Cavs could use his size and playmaking ability off the bench, and he could play multiple backcourt positions for us.

Click “Next” to see the number three trade target for the Cavs this summer! 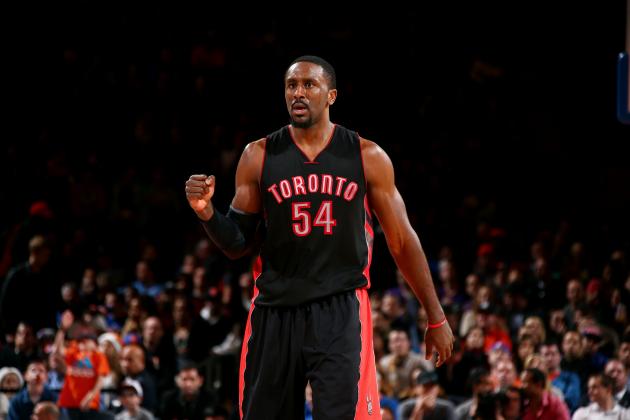 The Raptors forward has made himself a real threat from beyond the 3-point line, and would be a younger, more athletic upgrade for the minutes that James Jones currently gets. Toronto had a forgettable exit from the playoffs, and may be looking to retool their line up with more legitimate frontcourt help. If Patterson were a Cavalier today, he may very well be starting as a replacement for Kevin Love.

Click “Next” to see the number two trade target for the Cavs this summer! Jameer Nelson finished the season with the Denver Nuggets, after being included as part of the trade that Dallas made for Rajon Rondo. He played for three teams this season, and never really found a rhythm to perform at his best. While his size has been an issue on the defensive end, his basketball IQ and playmaking ability have always made him a coveted point guard. He would provide solid mentorship for the still developing Kyrie Irving.

Click “Next” to see the number one trade target for the Cavs this summer! Calderon has proven himself as a reliable floor general and a consistent long-range shooter. He has playoff experience, and a contract that the Knicks may be looking to shed, not because of the dollar amount, but because he isn’t a transcendent player that can get them to the next level. Brendan Haywood or Matthew Dellavedova would allow them the cap space necessary to sign another big name player, while as a Cav, Calderon would blend in very well as a backup to Kyrie.