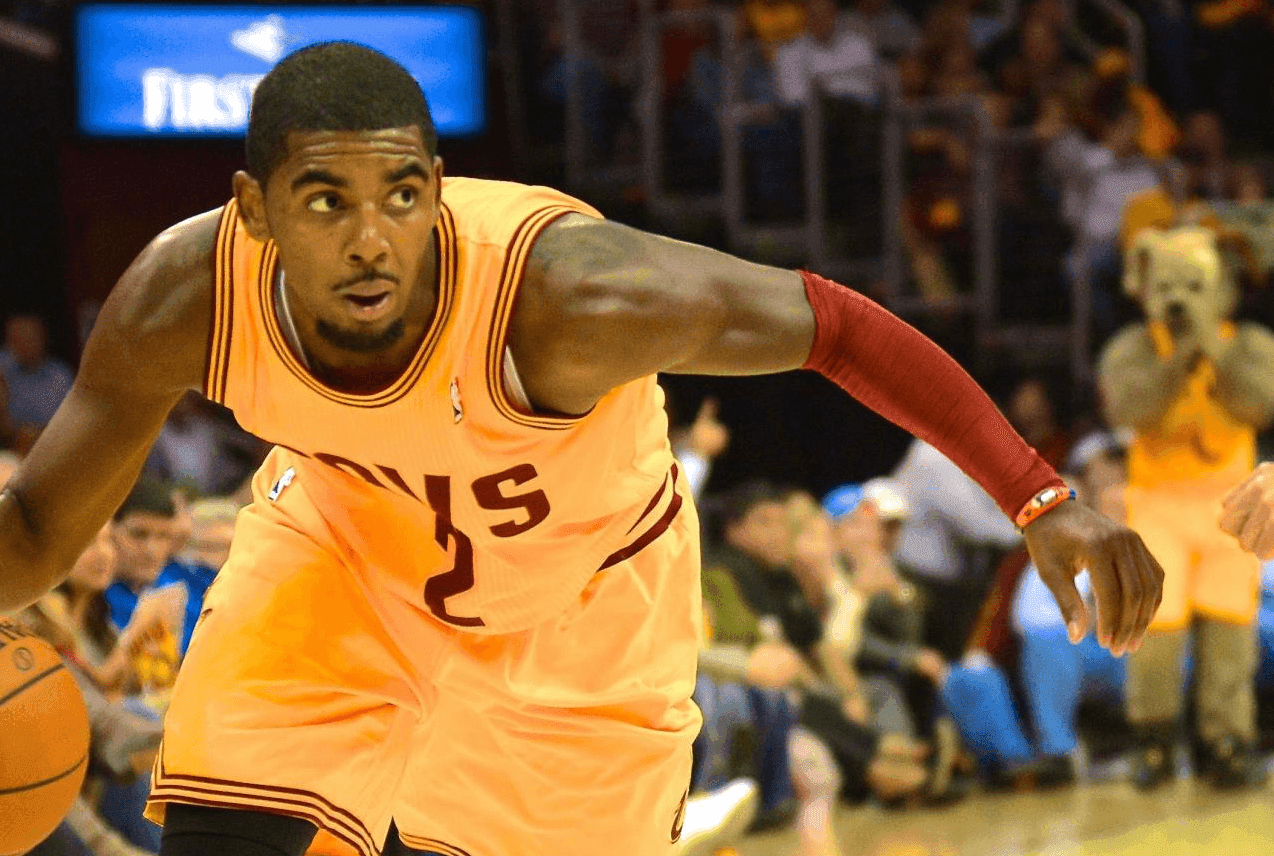 In the Cavaliers’ final regular season game last year against the Miami Heat, TnT color commentator Chris Webber repeatedly mentioned Kyrie Irving as the best ball handler in the NBA. Not Chris Paul, Stephen Curry, nor any other guard. It was Kyrie Andrew Irving of the Cleveland Cavaliers and C-Webb couldn’t be more on the dot. For years, Uncle Drew has flooded every form of visual media with countless of highlight reels showing his insane control of the ball and the norm hasn’t changed at all this year. Now that he returns, from a knee fracture that has held him out since the summer, we came up with Kyrie Irving’s 10 sickest crossovers of the 2014-15 season.

Kyrie Irving was coasting against the defense of Kris Humphries, who had no chance of stopping Irving’s ankle breaker, until the inevitable happened and Kris got crossed.

9 – Manu gets a vicious one

In Kyrie’s career night in San Antonio, he made sure he’ll make a lasting impression on one Manu Ginobili with this crossover full of bad intentions.

Click ‘Next’ to see the eighth and seventh best crossover by Kyrie Irving this season!

The Harvard in Jeremy Lin had no answers to Kyrie Irving’s handles as Uncle Drew executed a beautiful spin and crossover in front of the Lakers point guard.

At the 1:07 mark of the video, Kyrie Irving left Reggie Jackson out in the cold and he went on to face three more Pistons as he attacked the paint.

Click ‘Next’ to see the sixth and fifth best crossover by Kyrie Irving this season!

At the 1:42 mark, Uncle Drew’s ankle breaker gets him great separation off of Justin Holiday’s reach.

At the 0:27 mark of the video, Kyrie Irving does a masterful job freezing Jrue Holiday for the pull up jumper.

Click ‘Next’ to see the fourth and third best crossover by Kyrie Irving this season!

At the 1:19 mark, watch Uncle Drew do a twin crossover against the Twin Cities’ young duo of Zach Lavine and Gorgui Dieng.

Kyrie Irving gave the swarming Hawks defense not one, not two, but three crosses on his way to the hoop for a strong drive and finish.

Click ‘Next’ to see the second and the number one crossover by Kyrie Irving this season!

Right from the get go, Jason Smith did not have the slightest chance on an in-the-groove Kyrie Irving whose criss-crosses Smith looking for answers.

Kyrie Irving shows no love for Akron native JaKarr Sampson as he left the hapless Sixer looking the other way.