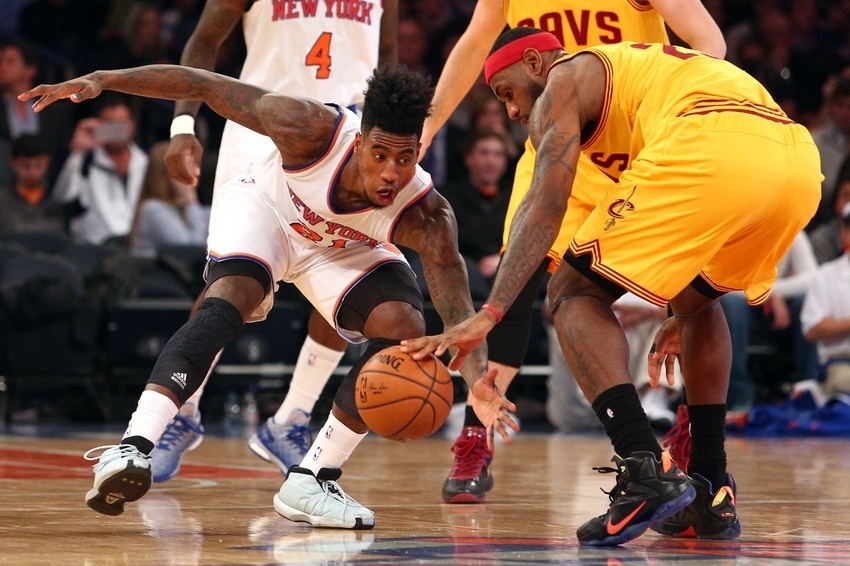 With the red hot Cavaliers looking more and more like legitimate championship contenders, as well as the recent acquisition and debut of defensive specialist Iman Shumpert, a question that hasn’t really been addressed arises: who will the Cavs have guard the biggest opposing offensive weapon in crucial situations down the stretch? In addition to Shumpert, in case you forgot, the Cavs have three guys named Kevin Love, Kyrie Irving, and, The King, LeBron James. So who is best fit to guard on the ball in crunch time?

To answer this question, it helps to break down the skill set of each player. Although Love and Irving can occasionally hold their own on the defensive end, they are predominantly known for their offensive prowess, so it really comes down to LeBron and Iman.

Iman Shumpert’s defensive abilities aren’t likely well-known to the average Cleveland fan. Shumpert is widely known for his outstanding on ball defense (maybe even more so than his outstanding flat top haircut). With a wingspan stretching over 6 feet 9 inches and a standing reach over 8 feet 3 inches, Shumpert has excellent length for his position. Over the past couple of years, that length, combined with incredible lateral quickness and extreme defensive intensity, has allowed Shumpert to beome a force to be reckoned with when it comes to perimeter defense.

Shumpert himself takes pride in his defensive aggression and intensity. “I don’t think anybody likes to play against me,” Shumpert said. “I would hope nobody likes to play against me. I feel like if I’m going to go all out, there’s no way you’re going to like me at the end of the game. Until the clock hits zero, you’re probably not going to be my friend. I would hope that that’s everybody’s mindset going into the game that until the clock hits zero, we’re not friends.”

Here are some highlights of Shumpert’s defensive abilities:

LeBron James needs no introduction, especially to fans here in Cleveland. He is widely regarded as the best all-around basketball player in the world right now. It’s become extremely difficult to find any weaknesses in LeBron’s game whatsoever. Although not known for it like Shumpert, lockdown defense may be one of the strongest aspects of LeBron’s game. LeBron has a 6’8”, 250 lb. muscular frame, 7 foot wingspan, and outstanding quickness and footwork. In addition to his incredible size and athletic ability, LeBron is arguably the smartest player in the NBA. Being an offensive genius himself, he can get into the mind of an offensive player and understand where he wants to go and what he wants to do with the ball. The combination of mind, body, and sheer talent makes LeBron James a potent defender against nearly any player the NBA has to offer.

Here are some highlights of LeBron’s defensive abilities in full effect:

So who is best fit to guard the best offensive threats in the league down the stretch? In nearly all situations, LeBron James. Iman Shumpert is a great defender, but to many, James is the best in the league. His size, ability, and basketball intelligence makes him a nearly unstoppable force on the defensive end. Many players might not want to be guarded by Shumpert because of his aggression and intensity, but no one truly wants to go up against “the best player in the world.” James’ mere presence on the floors strikes fear into his opponents.

Looking at the potential matchups for the Cavaliers throughout the playoffs, there are a few scenarios where Iman Shumpert would be guarding a major opposing offensive weapon. Shumpert could be a more favorable matchup against very quick and explosive, driving guards such as Western Conference point guards Chris Paul, Tony Parker, and Russell Westbrook or possibly a guy like John Wall in the East. With more explosive, drive-first guys like these, Shumpert and his lateral quickness might be a better option than the bigger yet slightly older and more worn LeBron James. Also, in the case of teams such as San Antonio, Oklahoma City, and other teams with at least two offensive threats, James would need to guard the forward like Durant or Kawhi Leonard, leaving Shumpert to cover guards like Westbrook and Parker.

In the case of a truly double threat or shoot-first guard, or a bigger body, LeBron is by far the obvious choice. Other huge stars in the league such as Kevin Durant, James Harden, Steph Curry, Damian Lillard, Derrick Rose, and Dwyane Wade are all possible opponents for the Cavaliers at some point in their push for a championship who LeBron needs to be guarding in crunch time. His thick, muscular body and impressive lateral quickness make LeBron incredibly difficult to drive on, and his 8’10” standing reach and uncanny defensive instincts make it nearly impossible to get off a high quality jump shot.

Two-time champion and four time MVP LeBron James is the face of not only the Cleveland Cavaliers, but the entire NBA. He is an elite defender and arguably the best in the league. Nine times out of ten, LeBron is the guy to shut down the biggest opposing offensive weapon in crucial times, in crucial games on the Cavaliers’ quest for their first ever NBA title. 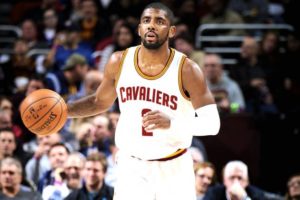