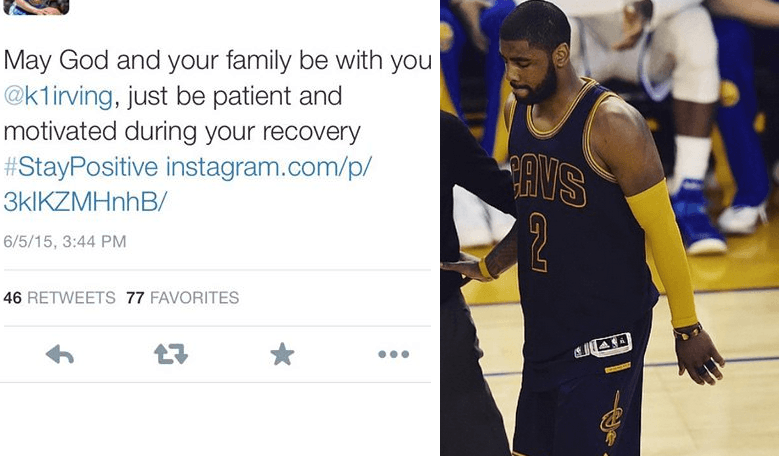 Kyrie Irving had been dealing with tendinitis in his left knee for over a month, but during Game 1 of the NBA Finals, he suffered another injury. This one, a fractured kneecap to the same knee, would end his season for good. Immediately after it was announced, NBA players on Twitter reacted and gave Irving a shot out. Take a look at some of the positive messages sent out to Irving, as well as the negative hater-like comments on the last page. 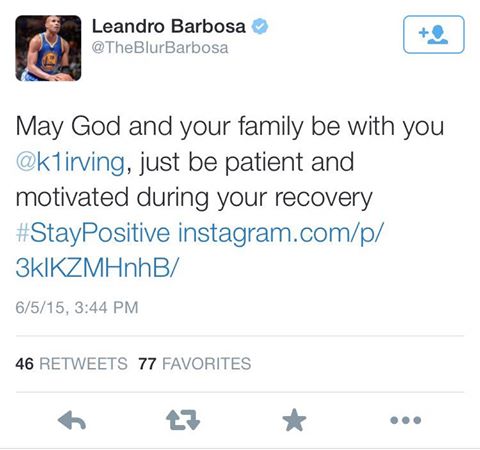 Click next to read more reactions from some of Irving’s NBA brothers! 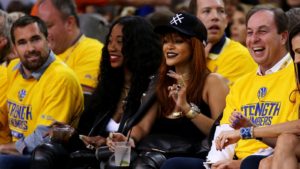