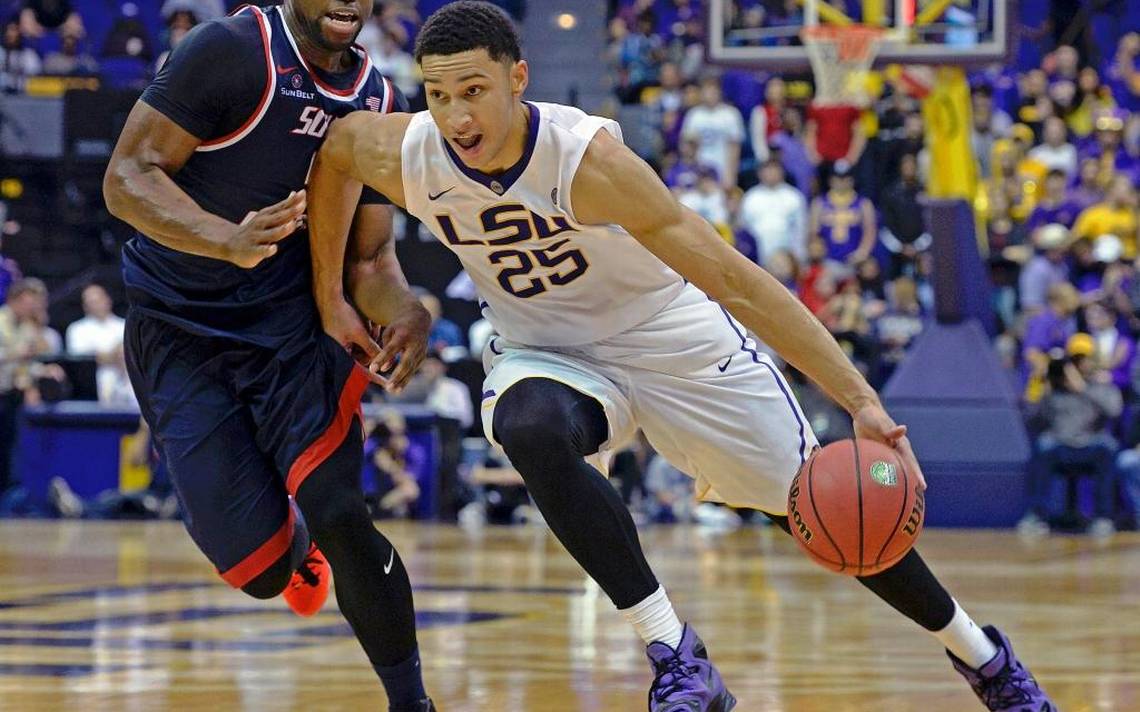 Kobe Bryant has announced that this year will be his last and LeBron James is already in his 13th season. As these NBA icons slowly go out the limelight, a new name is steadily picking up a great deal of attention recently. His name is Ben Simmons and he isn’t even paying in the big boys’ league yet.

The 6’10” youngster from Australia who currently plays for the Louisiana State University is the complete package. He can score, rebound, make plays, and defend. These traits sound pretty familiar, do they? No need to look further as Cleveland Cavaliers superstar LeBron James all exhibit those characteristics, and you can’t blame people for comparing these two athletes.

James, who recently shrugged off people’s habit of comparing NBA greats, apparently does not mind all the talk between him and Simmons. The Cavaliers star had this to say about the college phenom when asked prior to their game against the New Orleans Pelicans on Friday.

I don’t mind it. Someone’s going to be compared to someone all the time, and I don’t mind him being compared to me. People not only recognizing what he does on the floor, but he’s a great kid, too. He has a great family, great support system, and that’s why he’s able to do what he [does] on the floor.

I’ve watched him a lot, but I’ve watched him way before he showed up at Baton Rouge. I’ve been on him for probably three or four years now, and he’s an unbelievable talent.

In seven games so far, Simmons is averaging 19.9 points, 14.9 rebounds, 6.0 assists, 2.4 steals, and 1.6 blocks per game. These numbers have been buoyed by a couple of monster games. Against Marquette, he had 21 points, 20 rebound, and seven assists. While against North Florida, Simmons had 43 points, 14 rebounds, seven assists, five steals, and three blocks.

Clearly, Simmons’ game has some LeBron James in it, and in an interview with ESPN, he didn’t deny the four-time Most Valuable Player’s influence.

He’s one of the best players in the world that’s played the game. I just try to take little parts of his game and put it into mine. His size is one of the things that I look at. I’m 6-10, and he’s right at 6-8 or 6-9, and I just try and fit what he does into my game.

He gives me a lot of advice if I ever need it. He looks out for me, and he’s one of those people you have to have as a mentor because he’s one of the best players in the world.

Even before playing his first college game, Ben Simmons was already in the discussion for next year’s top overall pick in the NBA draft. Most likely, he will be a one-and-done, and once he arrives in the big league, a matchup with LeBron James will absolutely be a treat. 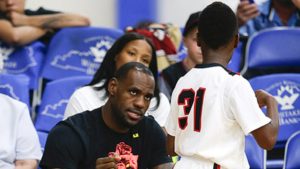 JUST IN: LeBron James Jr. Wants To Carve His Own Niche By Starting With Not Wearing His Dad’s Number
Related TopicsBen SimmonsCleveland CavaliersComparisonLeBron JamesLSUNBA