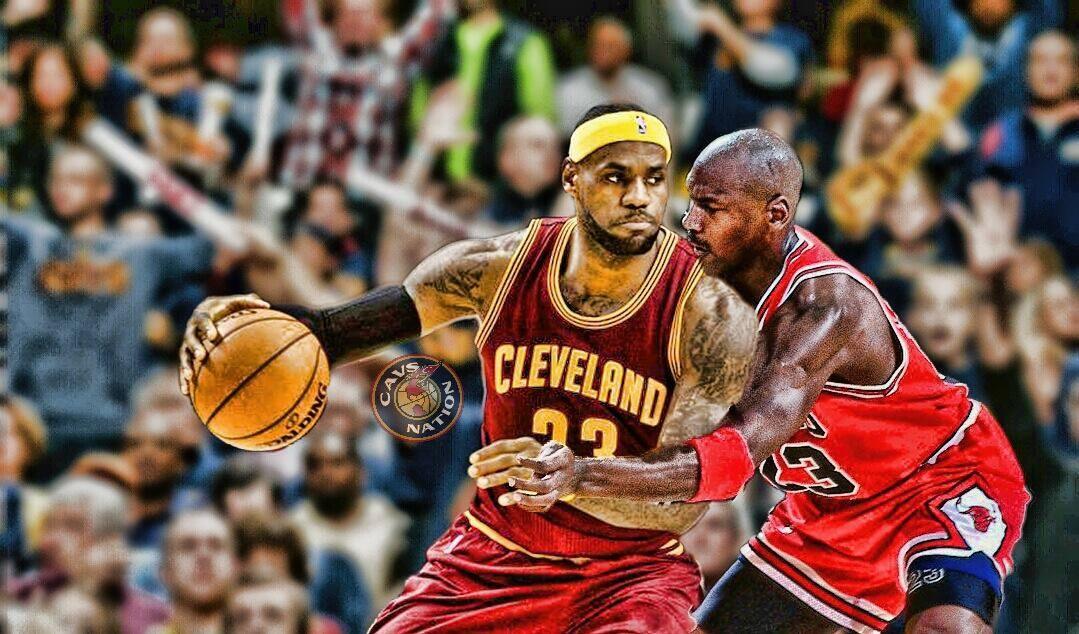 LeBron James completed one of the toughest goals he set for himself when he returned to Cleveland, winning a championship in just his second year back. It was no easy feat, but beating the 73-9 Golden State Warriors to bring home the highly coveted title was easily the greatest accomplishment of his 13-year career.

Now, James says his next and final motivation for the rest of his NBA career will be to chase the ghost of Michael Jordan to become the greatest player of all time.

A former teammate of Jordan’s who won three titles with him from 1991-1993, B.J. Armstrong spoke out about LeBron’s comments, and offered his own advice to the King.

“Chasing a ghost is in make-believe land,” Armstrong told ESPN.com in a telephone conversation. “That’s far-out, that’s unattainable, that’s something you can’t achieve. This ain’t no ghost. If you want to do it, there’s a blueprint. It’s possible. There’s only one way to get there. It’s not possible for him to do what Jordan did because the circumstances are different, everything is different. What is possible for him is to be bigger than every situation that’s put in front of him, to dominate every situation that’s in front of him.”

Armstrong also says that James should stop making comparisons, and take any made comparisons as insults.

“When you compared Jordan to somebody else, it made him more and more upset. That was with guys who played before him, guys he was playing against and guys in the future. He got upset every time [the media] got on TV and started comparing him to other people. When you compared who is the best 2-guard — Jerry West or Michael Jordan — he was upset. When you talked about who was the best player in the NBA, he was upset. When you talked about who had the most championships, he was upset.”

So far, James has drawn the most comparisons to triple-double machine Oscar Robertson for his versatility and ability to pass, rebound, and score the ball at will. James has welcomed and been honored to be mentioned in the same sentence as some all-time greats. Jordan is clearly different.

“I remember vividly him getting upset. He’s mad right now that somebody’s even thinking a guy can get to his level. Jordan tackled them all — Wilt [Chamberlain], everyone. Everyone from 1946 on, he went after them until there was no one left to compare him to. So my challenge to LeBron is: This ghost has a face to him. So get rid of all the comparisons because Jordan, unequivocally, did not want you to compare him to anyone.”

Aside from that, Armstrong says one very different characteristic made Jordan the most special player he’s ever seen, and it’s something that James could take with him as he pursues the ghost of Michael Jordan.

“I don’t know LeBron, but what I do know in watching today’s game is that Michael Jordan was a very unique character — not physically, but mentally. Jordan never stepped out on the court to have a good time. He stepped out there to establish that he was the best. Every great player he played against. he went after them — in practice, in games, in the 1984 Olympics, in summer league, in a workout, in the ’92 Olympics. He went after me every day in practice. He went after every player every day in practice. He went after every coach — until, when it was all said and done, there was no one left standing.'”