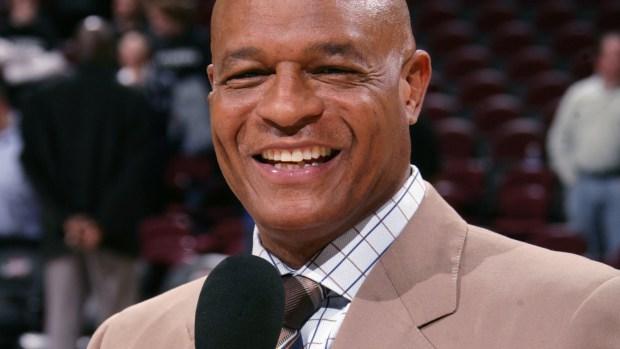 Austin Carr is arguably the biggest contributor to the Cleveland Cavaliers to date. As a player, fan, and commentator, Carr has dedicated his life to the Cavs. His nickname, “Mr. Cavalier,” encompasses his legend and represents the honor and pride he holds for his team.

Carr was chosen by the Cleveland Cavaliers in the 1971 draft. He was selected first overall and continued his career with Cleveland through 1980. Throughout his career, Carr was quite the player. His career cumulated 10,473 points, 15.4 points per game, 1,990 rebounds and 1,878 assists – almost entirely for the Wine & Gold.

{adinserter 2}Carr’s best season was when he teamed up with Lenny Wilkins in the 1972-73 season. With Wilkins strong backcourt support, Carr had his personal best season, averaging 21.9 points per game, 3.6 rebounds per game, and 3.76 assist per game.
Austin Carr’s most successful seasons with the Cavaliers are known as the “Miracle of Richfield” (1975-1978). Carr played a vital role during these three years, leading the Cavs to the playoffs each season. Cleveland made it to the Eastern Conference finals in 1976 but lost to the Boston Celtics. The Washington Bullets beat them in the first round in 1977 and the Knicks in the first round of 1978. From humble beginnings to his most spectacular seasons, Austin Carr’s career is one of legends. His #34 jersey is one of only six retired uniforms that hang in the rafters of the Q.

Austin Carr’s Awards include the following:

Carr is currently the colorful and jubilant broadcaster for the Cleveland Cavaliers’ on Fox Sports Ohio. He is quite the entertaining commentator, making every game an exciting one. He always stands by the Cavs. He’s their most avid cheerleader when they succeed, and their most empathetic supporter when they struggle. His passion precedes him, and his voice carries a crowd through the most intense games. He’s even got his own language:

“GET THAT WEAK STUFF OUTTA HERE!!!”
Translation: Cavs player gets a block.

“HE GOT HIM A BIRD!!!”
Translation: Cavs player gets an opponent to bite on a pump-fake.

“THERE’S A MOUSE IN THE HOUSE!!!”
Translation: A much smaller defender is guarding a Cavs player.

“THERE’S A BREEEEZE IN THE BUILDING!”
Translation: An opponent air balls a shot.

“HE DOTS THE ‘i’ !!!”
Translation: Cavs player hits a clutch mid-range jumper.

Thank you, Mr. Cavalier, for all that you’ve done and still do. You’re an instant classic.