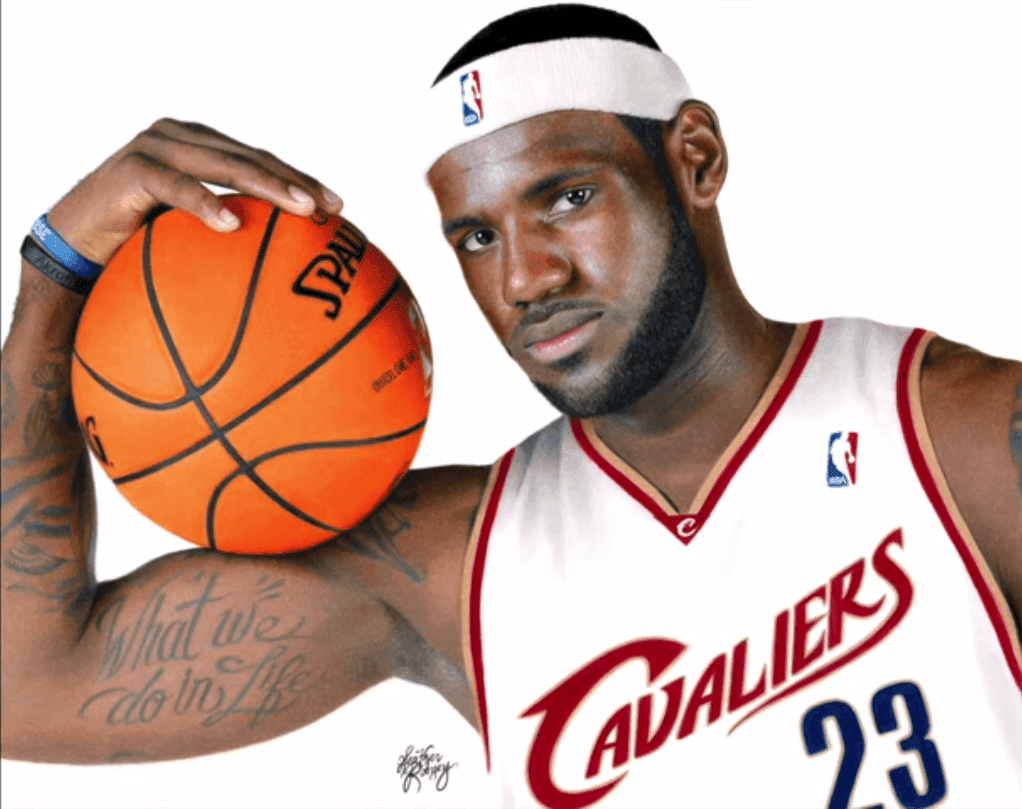 The Return of the King in Cleveland has been drawing a lot of speculation this NBA offseason. The Cavs have gone from a team who barley had a handful of nationally televised games, to this team who is being talked about on all the major sports networks almost daily now. To say the least, many fans around the league are very excited to see the King back in the wine and gold.

One particular fan, a 20 year old artist named Heather Rooney decided to make a drawing of LeBron. This isn’t just any drawing however it is one of the most realistic drawings I’ve ever seen. Using her Prismacolor colored pencils just like she uses for many of her other drawings she has created, Heather was really able to get all of the details of LeBron perfectly. {adinserter 2} From his facial structure to his tattoos on his arm, not a single detail was missed. A few other people that Ms. Rooney has drawn include Katy Perry, Justin Timberlake, and star of USA men’s soccer team Clint Dempsey. On all of her drawings she really emphasizes on detail and perfection.