Around The League: New Eastern competition for the Cavs 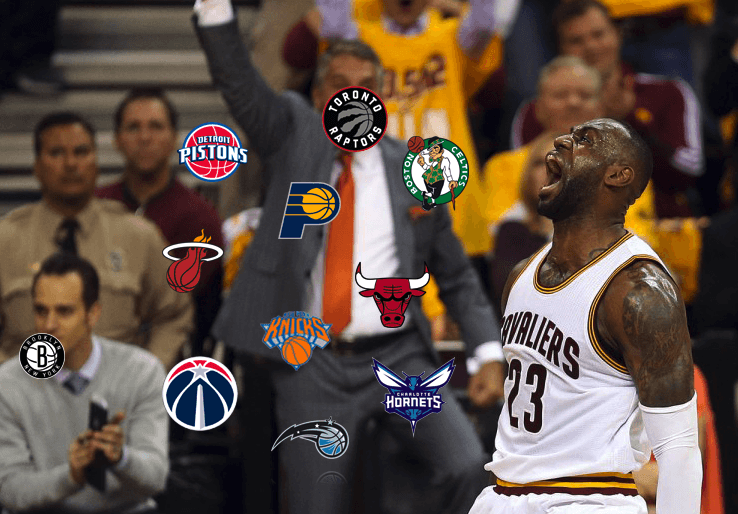 Teams that have made the biggest improvement; and how Cleveland can beat them

Everyone knows that the Golden State Warriors made a few significant upgrades to their frontcourt this summer in Zaza Pachulia and David West, oh yea and that Kevin Durant guy, but around the league this summer, the theme of the 2016 offseason has been “the rich get richer.” Indiana, Boston, and others have all made minor to significant upgrades in their quest to take the throne from Cleveland.

This week, senior writer Will Goodall will be taking a look at seven different teams from around the association, talking about their strengths and improvements, and most of all how Cleveland will beat them. Some teams (looking at you Toronto) have mostly stayed pat, and while still a threat, don’t look different enough to warrant their own article. Today we’re going to be taking a look at the East.

The Rundown:
Boston is, in my opinion, the second best team in the East. They were already one of the better teams in the east, finishing off the year at 48-34, and has for two years now, been expected to land a superstar using their treasure trove of draft picks as bait. Turns out success alone was enough to lure one to Beantown. Al Horford may not be LeBron James, Russell Westbrook or James Harden, but after Kevin Love, he’s the best three-point shooting big in the NBA (LaMarcus Aldridge simply doesn’t have his range). Sitting in his prime, Horford has found himself at the tail end of a rebuild, jumping in right as the contention starts. 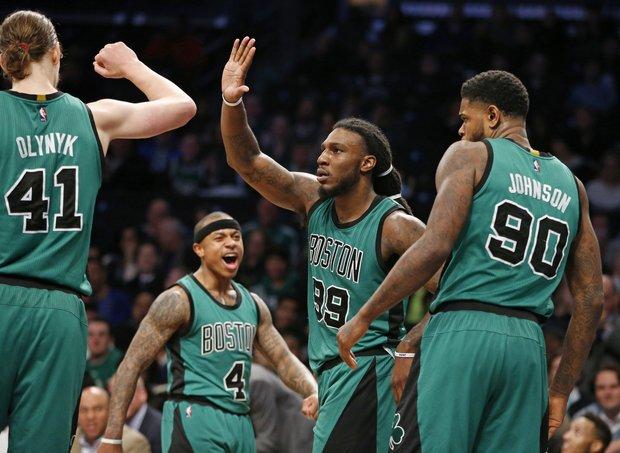 Due to their ability to already contend for a top playoff spot in the east, Boston was able to spend their first round draft pick on a project player who will take several years to pan out. Many expected them to take European big man Dragan Bender to help bolster their front court with a three-point shooting big man, however, the Celtics settled on Jaylen Brown out of Cal, a small forward who can guard the two, three and the four. After losing Evan Turner to the Portland Trailblazers, Boston turned to the draft to replace this unique wing. Don’t expect to see many minutes out of Brown this year, but over time, Brown’s tutelage under Crowder may blossom into one of the NBA’s next generation starts at the small forward position.

Boston doesn’t seem to be done making moves yet. According to Philly.com writer Keith Pompey Boston is targeting Sixers center Jahlil Okafor. Likely trying to run Horford at the four instead of the small ball five, Okafor would help both the youth aspect of the Celtics, as well as providing another potential All-Star for Boston’s line-up. Boston has yet to resign true center Tyler Zeller, meaning that Boston still feels as if they have a shot at Okafor. However it should be noted that according to Pompey, Boston is not willing to offer very much for Okafor, partially due to the log jam in Philly’s frontcourt forcing a move, but also due to his history with irresponsibility over the past season. Boston has also been tied to Blake Griffin and Russell Westbrook, however, both of those rumors were dismissed as pre-emptive.
How the Cavs can beat them:

I won’t lie, this iteration of Boston looks good, and with Okafor they could look even better. They have depth at almost every position (except shooting guard), an All-Star Point Guard and Power Forward and some of the best contracts in the league. That being said, for every great player Boston has, Cleveland has a better one. Boston has a top 10 point guard, Cleveland has a top 5. Boston has a great small forward in Jae Crowder, Cleveland has the Best Small Forward of all time. Al Horford is almost unmatched in his deadly mix of shooting and post-game, except for by Kevin Love. Cleveland’s biggest strength, however, will be determined by the success of the Jahlil Okafor trade. Al Horford is looking to play the four, but without a true center, he will likely be forced to play the big man position for Boston. If that happens, Cleveland can exploit a weakness that they did against Atlanta. Horford’s weakest part of his game would be his shot blocking, and clogging the paint in general. Mildly undersized for a center, freight train LeBron doesn’t let anyone stop him from getting to the rim, and Horford isn’t going to change that. Additionally, Cleveland could once again take advantage of their three-point shooting, pulling up over the undersized Isaiah Thomas and Jae Crowder (when he’s playing the 4). When meeting Boston in the playoffs (likely in the ECF, at least on paper) Cleveland may not get the easy ride through the East that they’ve found over the past two years, but even with these upgrades, Cleveland simply outmatches Boston at almost every position.