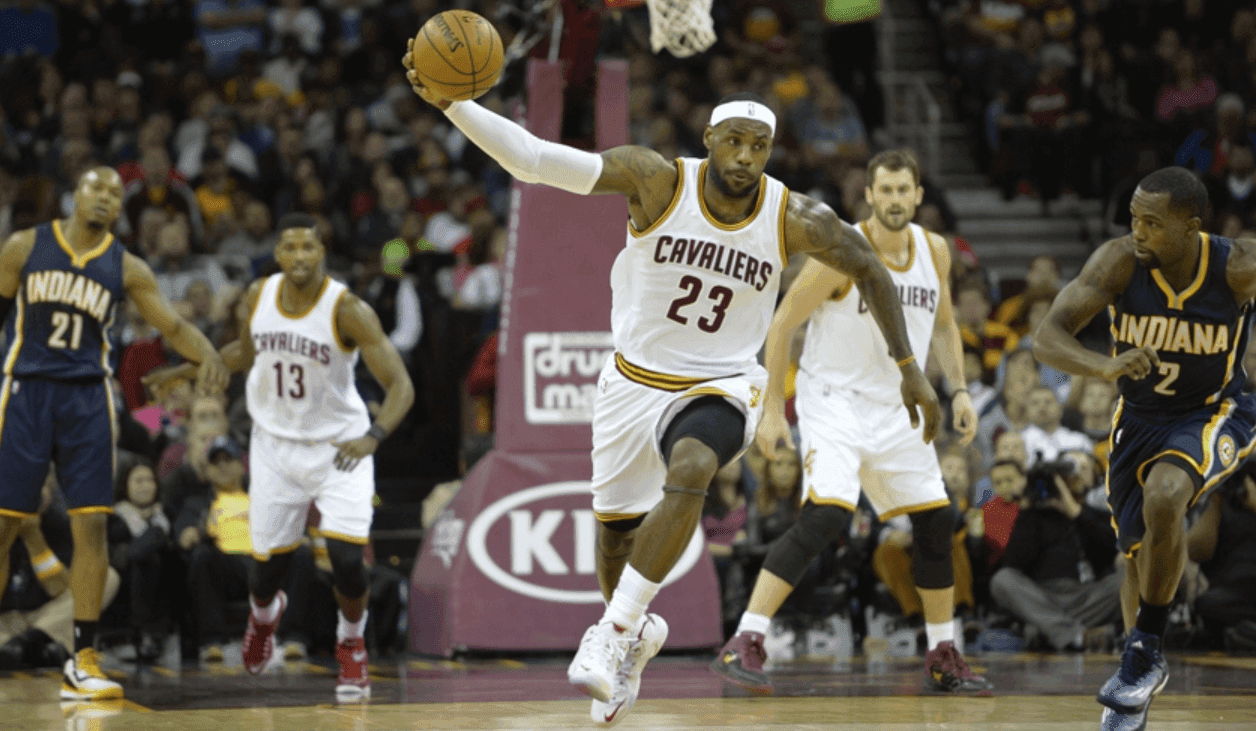 Last year, the Cavaliers played at the sixth slowest pace, averaging a little fewer than 95 possessions per 48 minutes, according to NBA.com. This comes as surprise, because they averaged 103.1 points per game, which was eighth best in the league, but only averaged about 11 points off of fast breaks, which fell in the bottom half of the league. This means that they were extremely efficient in the half-court game. According to NBA.com, they were the fourth-best team in the league in offensive rating last year, which is the number of points scored per 100 possessions.

This year, the Cavs are again playing at a very slow pace, averaging 96 possessions per 48 minutes. Coincidentally, they are averaging 102 points per game, which ranks in the top 10, while scoring 13 fast-break points per game, which ranks 12th in the league. However, teams play to their players’ strengths, and with Kyrie Irving out, Kevin Love is easily the second-best player on the team. LeBron James came out before the season started saying Love was going to be more of a focal point for the offense this year. What makes Love such a great player is his ability to play in the post with an array of moves, while also being able to step out and hit the three. Last year, his usage rate, which measures the percentage of a team’s offensive possessions that a player uses while on the court, was at 21.8%. This year, Love’s usage rate is already at 24.8. Love has shown in his career to be an above average passer, especially from the elbow. In the 2013-2014 season, when he averaged 28 touches a game, he was dishing out a career high 4 assists a game, a number that is very high for a power forward. While Love’s current usage rate is a bit skewed due to Irving having yet to play, he should still see more touches than he did last year even when he returns.

Although Irving is currently out, he and James are both lethal in the open court. But what makes them two of the best players in the league is they can get points and thrive in any offensive scheme. In order to get the most out of the Cavs’ big three, the Cavs have to be able to play to all of their strengths.

Furthermore, when teams play slower, they are more likely to shoot three pointers. The Cavs added even more shooters this year, with the addition of Mo Williams and Richard Jefferson. Not to mention a much more improved shooter in Matthew Dellavedova, and a full year of J.R. Smith. This team is full of shooters, averaging 28 threes per game, which is fourth most in the league, while hitting on 36% of them, which ranks ninth in the league. This number should only increase with Iman Shumpert and Irving returning from injury soon.

Finally, with Tomfey Mozgov and Anderson Varejao able to step out and hit a 15-foot shot, this allows both James and Irving to operate more freely in the paint. While it is important for teams to play to the best players’ strengths, they also have to put the other players in situations in which they can thrive. The Cavs have shown they are able to do both, which has allowed them to start off this year much better than last.

Lastly, an important part of a dominant half court offense is ball movement and keeping the defense moving, in hopes of finding the best available shot or having the defense lose interest. The Cavs are averaging about 24 assists per game, and have assisted on 63% of their shots for the season, these both rank sixth in the league.

Ultimately, a slow paced offense isn’t always the best for every lineup the Cavs put out there. When they switch to a small ball lineup with Love and Mozgov on the bench, it is probably best they play at a faster pace. It is important for the head coach to adjust his offense for the five men he puts on the court, which David Blatt has shown he is very good at doing. While a slow-paced offense isn’t always the answer for every Cavs lineup, it should be the one they use most often.