Are Cavs The Title Favorites Once Again? Vegas Doesn’t Think So 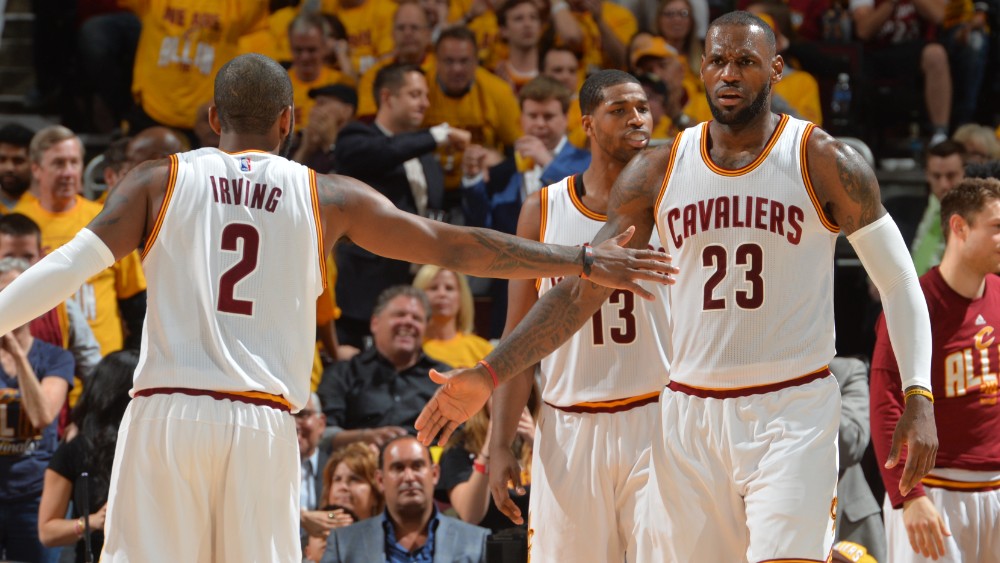 The Cleveland Cavaliers entered the season at the top of Vegas’ list of title favorites. But with their inconsistent play and personnel, including coaching, questions, they quickly saw themselves lose that spot.

RELATED: Cavs’ Sweep Of The Hawks In One Word, Historic

The descent was a combination of the Cavs’ turmoil and the Golden State Warriors playing like crazy. But after sweeping both the first and second round of the playoffs, Cleveland is once again a legitimate favorite be it against any Western Conference team.

However, as of right now, Westgate Las Vegas Superbook doesn’t think so. Without a doubt, they are now the darling of the playoffs, thanks to an undefeated mark and a torrid shooting from three point land. Unlike the Cavs, the Warriors and San Antonio Spurs have both faced their share of adversities.

But this isn’t the end of the world for the Wine and Gold troops. If anything, it should be a welcome motivation. JUST IN: Cavs’ Sweep Of The Hawks In One Word, Historic
Related TopicsChampionshipCleveland CavaliersNBA