The Cleveland Cavaliers think Collin Sexton can be an All-Star point guard, but one NBA scout thinks he’s a decent starter at best. Sexton was selected by the Cavs with No. 8 overall pick in the 2018 NBA Draft. He’s not expected to be a day one starter at the moment, but he’s the future of the franchise. Sports Illustrated recently a piece where anonymous NBA scouts dissect every NBA team. The scout who analyzed Sexton compared him to Monta Ellis. The source believes Sexton will be one dimensional, and will never measure up to the expectations set for him.

Collin Sexton’s a high-volume shooter, but to me he’s just Monta Ellis. I get why Cleveland selected him, but I think his upside is limited. He’ll be a solid sixth man one day, a decent starter, maybe, but I wouldn’t do it.

It’s true that the Cavs want Collin Sexton to be a scorer. He averaged 19.2 points in his lone season at Alabama. He also chipped in 3.8 rebounds and 3.6 assists. Monta Ellis may have seen his last days in the NBA, but he was one of the league’s most explosive scorers in his heyday. Ellis was selected with the No. 40 overall pick in the 2005 NBA Draft out of Lanier High School. The 6-foot-3 guard never became an All-Star, but he routinely averaged over 20 points a game when he played for the Golden State Warriors. He even won the NBA Most Improved Player award in 2007. Ellis was a dynamic scorer, and he served as a mentor to Stephen Curry at one point. However, the Warriors had other scorers emerging. The 20 shots he took a game took away from the team. Sexton is a little different.

Both players have amazing speed. Being able to get from baseline to baseline in an instant is a valuable skill. However, Sexton is much more efficient. The 19.2 points he averaged in college came on 13 shot attempts per game. Both have fiery personalities that can give any team a spark. Sexton shot around 33 percent from deep in college, and Ellis wasn’t the best in this department either. Ellis had a career mark of 31.4 percent, which is below the league average.

Regardless, it’s too early to say what kind of player Sexton will develop into. He is more selfless, which should make him a better distributor than Ellis ever was in time. Sexton’s neurotic nature is on par with the likes of Michael Jordan and Kobe Bryant. He has the kind of obsession with the game and winning that’s hard to come by. This helped him rise to the top of the national rankings in high school. His work ethic will help him surpass his expectations in the NBA as well. The Cavs have a sleeper for Rookie of the Year in Sexton, and he’ll only get better as the year goes on. 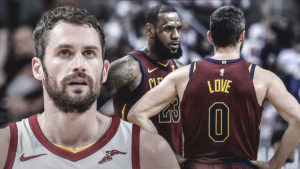