Today, the Cleveland Cavaliers officially announced their signing of free agent center Larry Sanders. In order to make room for Sanders on their roster, Cavs General Manager David Griffin and team owner Dan Gilbert elected to waive recently-injured Andrew Bogut, who has been deemed out for the remainder of the season.

In what can only be described as an incredibly classy move, Bogut sent a congratulatory message to Sanders via his personal Twitter account.

Best of luck @l8show_thegoat Will be watching.

Sanders, who stepped away from the game of basketball for two years due to a bout with depression and anxiety, saw Bogut’s tweet and decided to reply with two simple words: “Big bro”. 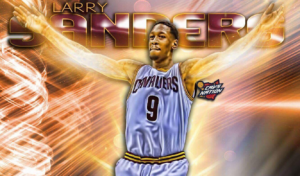