The Cleveland Cavaliers could be getting a big boost to their front-court rotation.

Andrew Bogut, a player the Cavs have been interested in for some time, was sent from the Dallas Mavericks to the Philadelphia 76ers just before the this year’s trade deadline. Over the weekend, multiple reports surfaced indicating that the Sixers would buy out Bogut’s contract. And shortly after 5:00 p.m. EST today, the Sixers did just that.

Andrew Bogut has now reached a buyout ageeement with the Sixers, per Yahoo Sports.

Most analysts are expecting the former number one overall pick in the 2005 NBA Draft to end up in Cleveland. However, according to ESPN’s Marc Stein, there are a few other teams who are interested in the services of the true seven foot rim protector, including the San Antonio Spurs, Houston Rockets, and Boston Celtics.

Andrew Bogut is expected to hold talks with Cleveland, San Antonio, Houston and Boston before choosing his next team, league sources say.

Over the course of his career, Bogut, an NBA champion with four years of playoff experience, has averaged 10.0 points, 8.9 rebounds, 2.3 assists, and 1.6 blocks in 29.1 minutes per game.

Stein also reports that Bogut won’t be able to sign with the Cavs until he clears waivers on Wednesday.

Nether Calderon (Warriors) nor Bogut (Cavs considered the favorite among his suitors) can sign until after clearing waivers Wednesday. 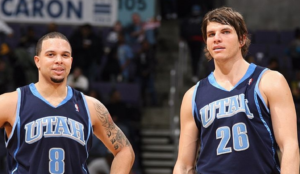