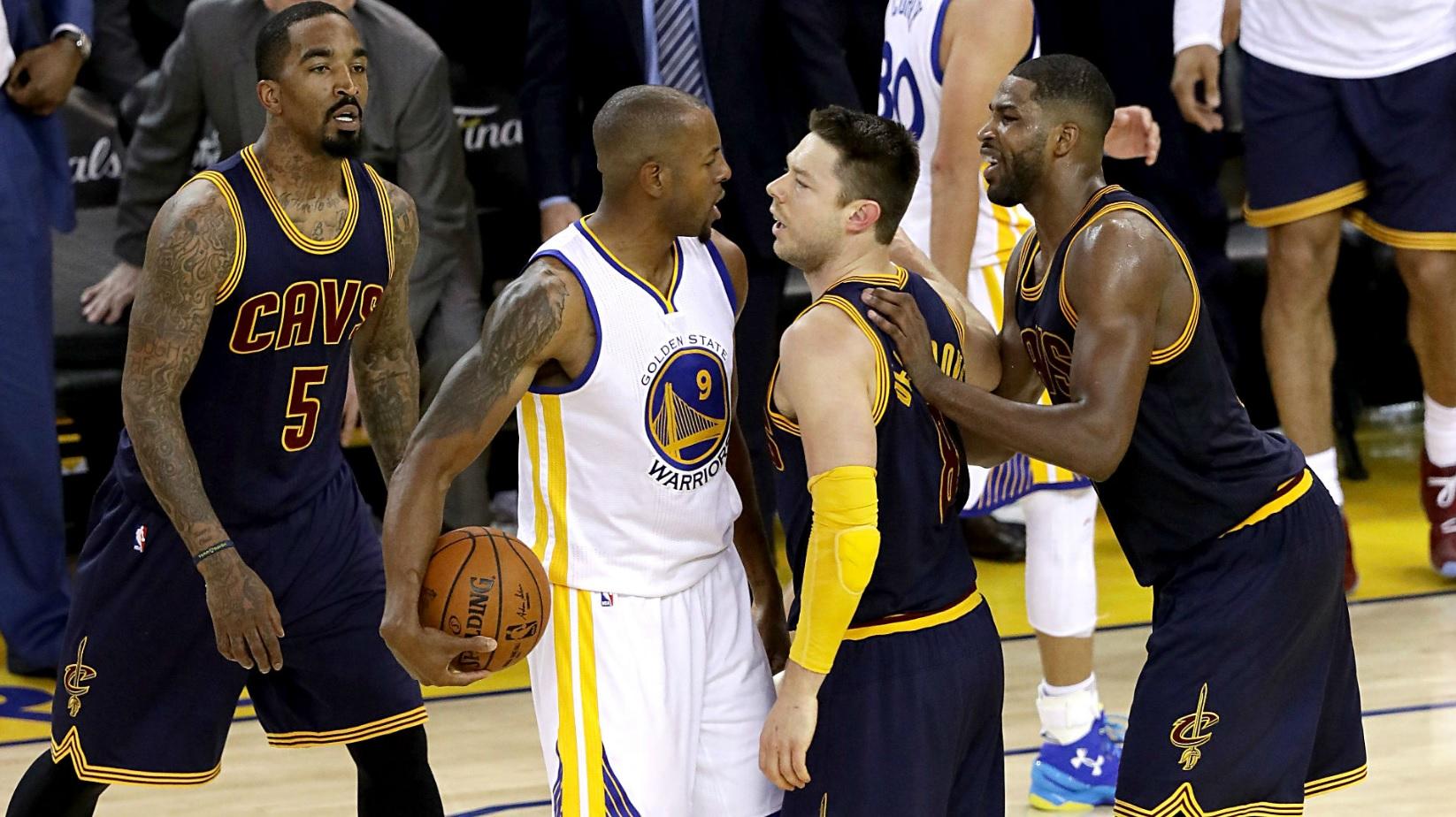 Matthew Dellavedova was the center of attention after Game 1 of the NBA Finals last night, mainly for the incidental groin hit to Andre Iguodala. The situation drew a crowd of players trying to calm Iguodala down and pull Delly away from the scrum, and after reviewing the play for several minutes, the officials called it just a personal foul with no technical fouls handed out.

After the game, Iguodala was asked about the incident, and he had a fairly mature response to an accidental hit from Dellavedova. Per Ethan Strauss of ESPN:

“I’m not going to judge or say anything negative about him,” Iguodala said after the Warriors’ 104-89 win. “He’s out there competing. There are a lot of emotions going on out there. I respect a lot of guys’ hustle in this league. You’ve got guys who’ve got to get a little dirty, got to be a little physical, to make a life and to feed their family, so I can only respect that. For me, it’s just keeping my composure and continue to try to do things for my team to help us win.”

As Kevin Jones of KNBR noted,, Iguodala just threw a slight shot at Delly. He basically just said that dirty players have families to feed, as if Dellavedova’s got absolutely nothing else to help his team.

That respect had a massive tone of shade attached to it. Iguodala is cunning with his words, always prefacing any diss with the word “respect.” But it’s clear he wasn’t happy with that type of behavior.

The man in charge of the NBA’s Replay Center in Secaucus, New Jersey, Joe Borgia, spoke with the crew on NBA TV after the game as well, where he explained why the foul was nothing but a personal foul.

“It seems like a normal basketball play in the beginning,” Borgia said. “Dellavedova reaches in and fouls Iguodala. But then you get the reaction by Iggy and all the players coming over.

“Listen, when you look at it, this was really a legitimate basketball play. He does reach in. He fouls him on the elbow and then his hand sort of glances off the elbow and goes down. Iggy’s movement’s going forward, you have some slight contact to the upper leg, groin area, but at the end of the review, the officials said this was not unnecessary. It wasn’t unsportsmanlike. Therefore, they just ruled it a common defensive foul.”

Regardless of whether Dellavedova’s heard this or not, you can be sure the Australian will come out ready to show Iguodala and the Warriors what he’s got.