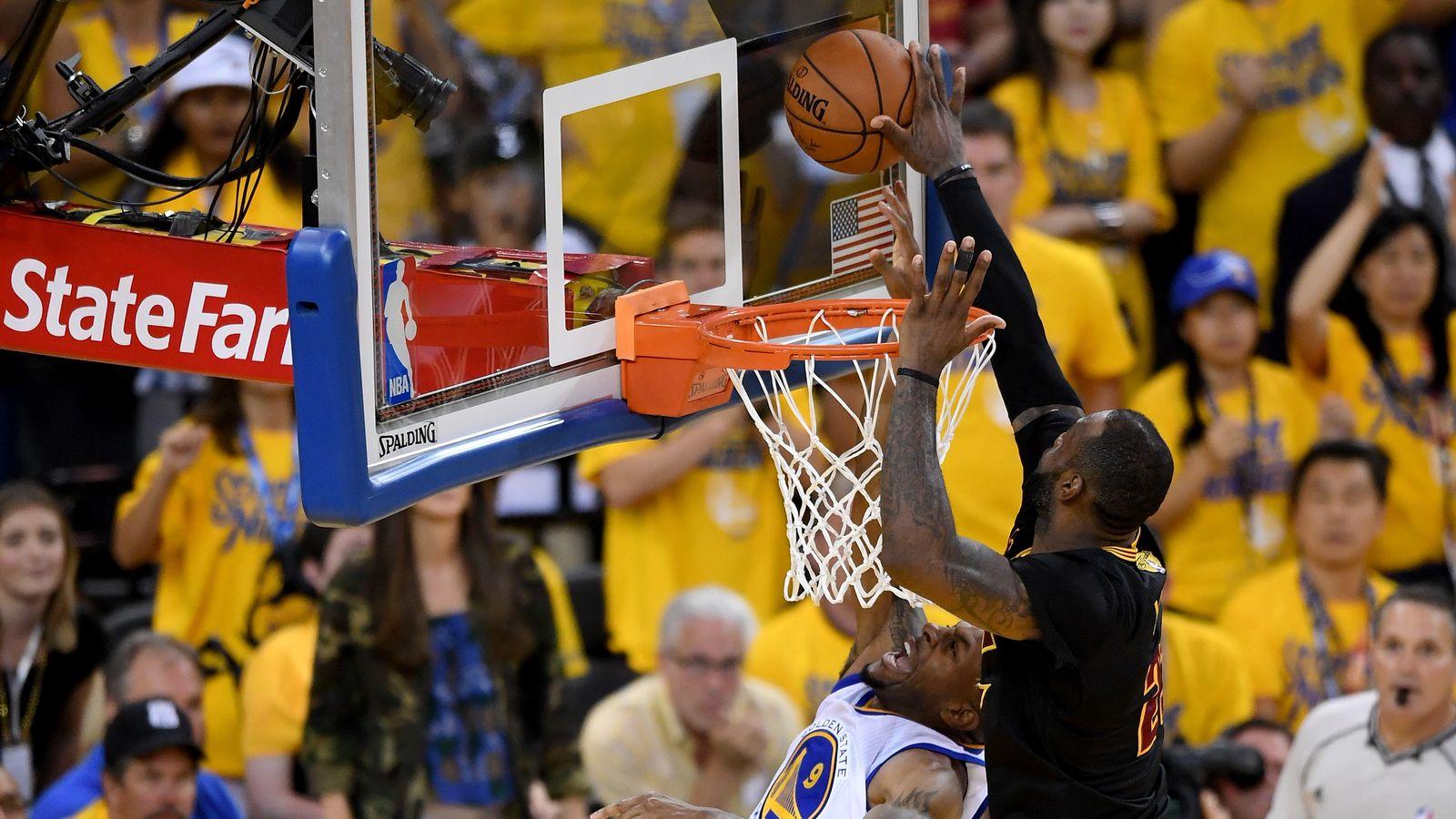 With time winding down in the second quarter of the game between the Cleveland Cavaliers and the Golden State Warriors on Sunday, Andre Iguodala received the ball from an inbounds pass and ran to opposite side of the court quickly to try and beat the buzzer.

It appeared to be just like any other regular play. but if the memory of LeBron James‘ huge block on him crossed the minds of those watching, it won’t be hard to imagine him not having that thought as well.

You think Iguodala ever goes to imaginary layup on a doorway and remembers that LeBron block? I like to think he does

With James chasing him from his rear, Iguodala opted to pass to his teammate, Zaza Pachulia under the basket. However, just like the result that happened last June, the play ended with a huge block from The King as he swatted the ball past the Warriors’ bench.

The rejection was just one of many highlights from the highly-anticipated rematch of last season’s finalists. The Cavs won the match, 109-108, which is their fourth straight victory against their Western Conference rivals.

Both teams will square-off one more time this season on January 16, with the Warriors hosting the Cavaliers at Oracle Arena in what is expected to be a hostile environment for the visiting team.