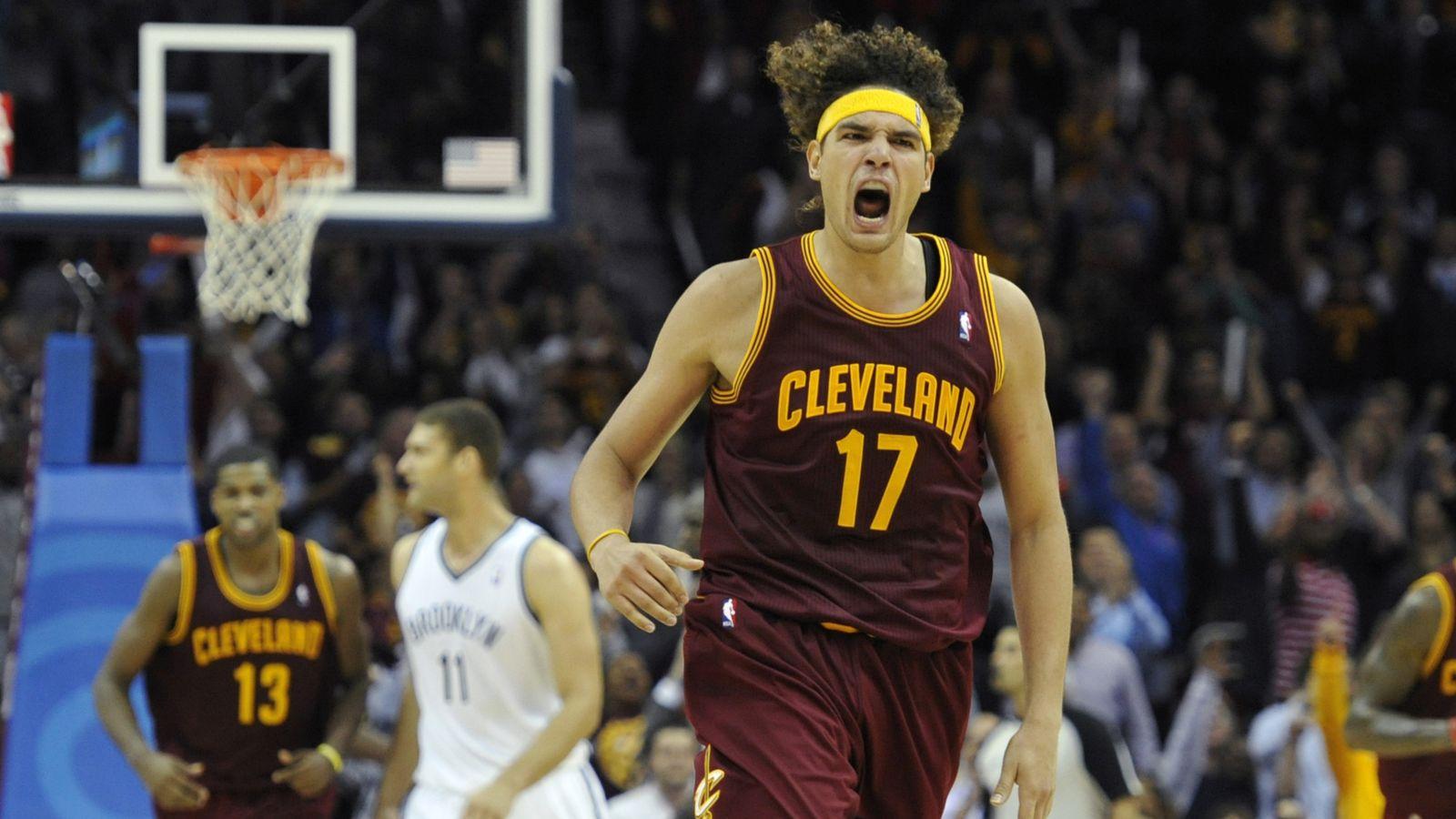 It’s deja vu for Dan Gilbert and the Cleveland Cavaliers when Tristan Thompson officially became a holdout with his recent non-move. Eight years ago, Anderson Varejao was in an eerily similar situation as a restricted free agent.

The Cavaliers were fresh off a finals defeat in 2007. But despite the loss, the future held promise as Varejao developed a special bond with LeBron James on the floor over the postseason. In the 2015 playoffs, which also ended in a finals loss, it was Tristan Thompson who forged some great synergy with LeBron James.

What is it with James and his finals buddy power forwards in Cleveland, anyway? Well, not much. Because even if we take the Cavaliers’ go-to-guy out of the picture, a number of interesting parallels can still be identified between the two contract sagas.

Anderson Varejao was not a prolific player in the 2006-2007 regular season. He only averaged 6.8 points and 6.7 rebounds per game off the bench behind Drew Gooden. The same can be said for Tristan Thompson as his numbers from the previous regular season were only 8.5 points and 8.0 rebounds as a backup to Kevin Love. Neither of the two averaged a single assist, steal, or block per game. 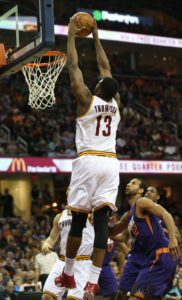 Their true value was based more on their intangibles, hard work in particular, and this was prominently featured in their playoff runs. In 2007, Varejao was playing great music with James over the pick-and-roll, while this year, Thompson was James’ enforcer, picking up rebounds when the team needed them most.

In fact, Tristan Thompson’s numbers spoke for themselves during his first postseason as he had averages of 9.6 points, 10.8 rebounds, and 1.2 blocks per contest. His advanced stats were also comparable to Draymond Green, who was arguably the 2014-2015 season’s breakout player. Thompson had a PER of 15.4 along with a Win Share of 2.5 as compared to Green’s 16.6 and 2.6, respectively. However, the kicker for Thompson’s inflated stats was the fact that these could be considered as anomalies because of Kevin Love’s injury.

Both Varejao and Thompson entered restricted free agency with momentum and the result were similar stages in the negotiation process.

The Brazilian turned down a six-year $52 million offer as he was demanding $10 million per year. The Canadian rejected a five-year $80 million contract as it didn’t meet his $18 million per year expectation, which has reportedly lowered to $17 million. Also, both Varejao and Thompson turned down their qualifying offers of $1.2 million and $6.8 million, respectively.

In light of Thompson’s situation, Varejao shared what went through his mind during that time.

“I had to do it back then because I felt like I was disrespected with the offer they offered me.”

Both players have gotten their share of backlash from disappointed fans but the hate wasn’t entirely directed towards them. Their agents played, and in Thompson’s case is still playing, huge roles in the standoff.

Rich Paul has been behind Thompson all this time and although people say that he deserves most of the fan animosity, he still played an important part in the Cavaliers’ turnaround with how he made LeBron James’ return easier for both James and the Cavs organization.

On the other hand, Varejao’s agent Dan Fegan, a Yale Law School graduate, did not have Rich Paul’s charisma. His meal ticket was a hard-nosed, and sometimes, stubborn approach to negotiations. He isn’t the most liked player agent and former Cavalier guard Ricky Davis, a Fegan client for two years, attested to this reputation.

“He doesn’t need to be an agent. He does dirty stuff, under-the-table things. [Varejao] needs to change agents immediately if he wants to get this thing done.”

Varejao missed all of training camp that year along with the first month and a half of the regular season until he signed an offer sheet with the Charlotte Bobcats on December 4, 2007 for $17 million over three years. The Cavaliers eventually matched it, retaining the energetic big man’s services. His first return to the court, after the dragging contract situation, was on December 11, 2007.

To date, Thompson has missed two official practices and the team workout initiated by LeBron James.

After signing a cheaper deal than what he initially demanded, Varejao has been a member of the Cleveland Cavaliers ever since and, despite being plagued by injury-riddled seasons, has endeared himself to the heart of Wine and Gold loyalists.

With all the similarities that have been laid out, Tristan Thompson’s contract talk has yet to end but we can still hope that his fate would become similar, once again, to that of Anderson Varejao.