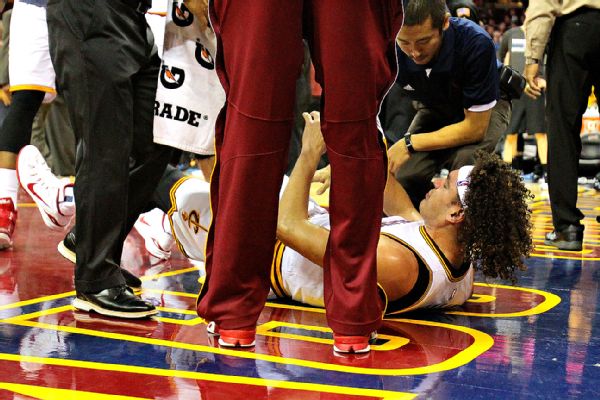 Anderson Varejao got the worst Christmas present ever early on December 23, when he went down with a torn Achilles in a home game against the Minnesota Timberwolves. Andy was being his usual active self flying all over the court, this time for a rebound, but this time he planted his foot fully and his Achilles snapped. 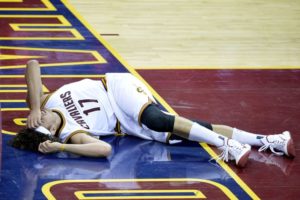 Chris Haynes of the Northeast Ohio Media Group reported Sunday night that Anderson Varejao wanted to try and make a comeback to the Cavaliers this season.

“I wanted to give it a try, but I’m being told to continue my rehab so I can be ready for the start of next season,” Varejao told Northeast Ohio Media Group. “It’s hard. I want to play. I’m progressing, but I’m going to listen to the team. They have my best interest.”

The average time for a player to return from an injury so severe is about nine to 12 months, and most of the times, players don’t return to their old ways of playing. Rushing back from this type of injury could jeopordize his career, the Cavs’ future, and the post-basketball life of Varejao should he encounter a setback or re-injure the Achilles. Back on March 10, Varejao posted a video of himself taking jumpers on Instagram, a sign that he was proceeding well with the recovery.

The American Journal of Sports Medicine published some research they’d done over the years in regards to Kobe Bryant’s Achilles tear back in the 2012-13 season:

A complete rupture of the Achilles tendon and subsequent surgical repair, although rare, seriously affects the career of an NBA player. Of the 18 players identified over 23 seasons, only 44% were able to return to play for longer than 1 season after their surgical repair. Those who did return to play did not perform as well as their control-matched peers.

Some of those players include Isiah Thomas, Patrick Ewing, and even the Hawks’ Elton Brand. In August of 2007, Brand ruptured his Achilles during a workout and was not the same 20 point – 10 rebound player upon returning.

Head Coach David Blatt is playing as if Varejao will not be returning this season, and the mid-season acquisitions of Timofey Mozgov and Kendrick Perkins have eased the pain of losing Andy for the year.

“The Achilles injury and the recover from it is very protocol oriented,” Blatt said of Varejao’s situation on March 10 after Andy’s video of himself shooting jumpers. “They’re going to go step-by-step and Andy will try to push the envelope. And since he’s not going to come back this year, we will not allow him to.

“We’ll take him through the process and try to make sure he heals completely for the beginning of next year. The thing about Andy, he’s just that kind of a guy. He wants to come back and he wants to get out there, but obviously this year is not the time for him to do that. So, we’ll go along with his excitement and rein him in when necessary.”

Although Varejao is no longer wearing a cast or a boot, he still is not expected to return anytime soon as team doctors are going to be extremely careful with his return. Varejao does maintain that he is ahead of schedule however, and that he believes he will be able to return as the same player he was before the injury. 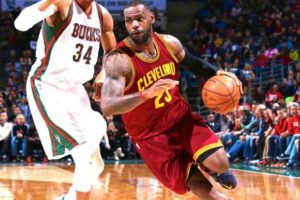