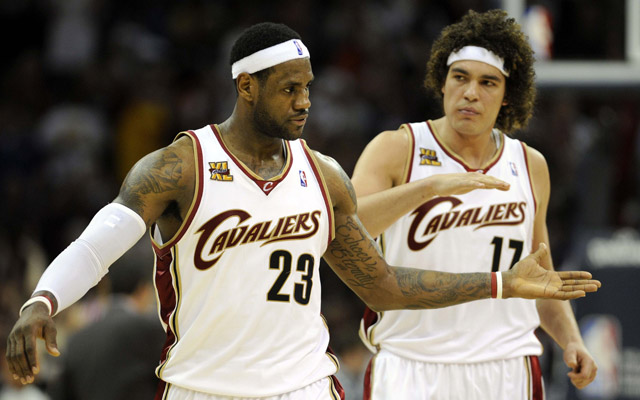 In the last 4 long and frustrating years, there has only been one player that has stayed true to his Wine and Gold- and that man is Anderson Varejao. Literally, he is the only current player that has stayed on the Cavs’ roster since LeBron’s exodus. In a recent interview, “The Wild Thing” extended his loyalty, declaring his plans to not only stay with the Cavs after his contract season, but to also finish his career in the city that has become his international home. He can’t imagine playing for another team, and that’s evident by the fact that he stuck it out on a team with a .311 average win percentage in the last 4 years. The Brazilian superstar has shown more than loyalty, however; Andy is the full embodiment of pride.

{adinserter 2} He’s not a big numbers guy, nor is he a fundamental big man. The reason why the Cavs love him is for the same reason Andy plays the game: he brings excitement to all the smaller details that people realize too late are important. Setting a good screen, extending the mid range game to stretch out defenders, and putting it all on the line for 50:50 balls are just some of the hustle plays that Andy thrives on. The amount of effort and energy Andy puts into fighting for a hopeless offensive rebound is as artistic as Kyrie’s impeccable finesse and LeBron’s brute strength.

That has become Andy’s identity, and what has captivated Cleveland into seeing The Wild Thing game after game is the charisma he shows for his team. He embraces his role in the team, and never stops improving within those boundaries. Andy is a hard worker, a loyal teammate, and an admirable role model for this city.

Now let’s think about some tough questions. Is it fair to say Andy has been more dedicated than LeBron? Has King James’ return eclipsed the city’s interest in Andy’s loyalty? Is Andy underappreciated, especially now since he’s on a team with superstars? No, no, and no. In fact, these questions apply more during LeBron’s time in Miami. Without King James, Cleveland lost its basketball identity, and became irrelevant even to Cavs fans. Andy battled this decline in pride along with injuries, so his career as well as the team he’s dedicating that career to has to appreciate having LeBron back. Without playing a single minute on court or even starting training with the team, LeBron has already made Andy and the Cavs relevant again; and as Andy finishes his career, LeBron will be there to help him enjoy it successfully in Cleveland. JUST IN: What Do The Cavaliers Need To Do To Win A Championship?
Related TopicsAnderson VarejaoCavsChosen 2