Anderson Varejao (Achilles) Will Not Return For Finals 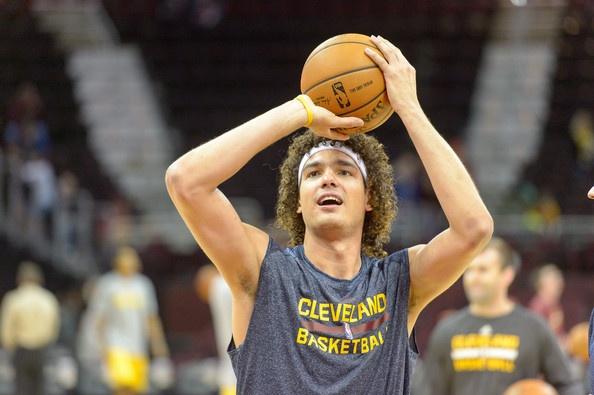 Early Friday afternoon, rumors surfaced that Cavs power forward/center Anderson Varejao could return to the court and make an appearance in the NBA Finals in the case of an emergency. The source behind was, of course, Brian Windhorst of ESPN.

Brian Windhorst says the Cavaliers will have Anderson Varejao's jersey out in Oakland in the event of emergency.

Seeing as how Tristan Thompson and Timofey Mozgov have locked in these playoffs while Varejao hasn’t seen a minute of basketball since December, this report came out with some skepticism. Besides, even if Thompson or Mozzy did get hampered by an injury, Cleveland’s got two decent backups. Although they’re downgrades at each position, Kendrick Perkins and Brendan Haywood could play a bigger role playing alongside LeBron James and Kyrie Irving.

On Saturday morning, however, Chris Haynes of the Northeast Ohio Media Group shut down any talks of Andy’s return.

I was told Cavs C Anderson Varejao (Achilles) will not return at any point in The Finals against Warriors.

Varejao was likely never going to return, as GM David Griffin said Andy was out for the entire playoffs back in April.