Although a Carmelo Anthony Trade Would be Ideal, The Cavaliers’ Hands are Tied 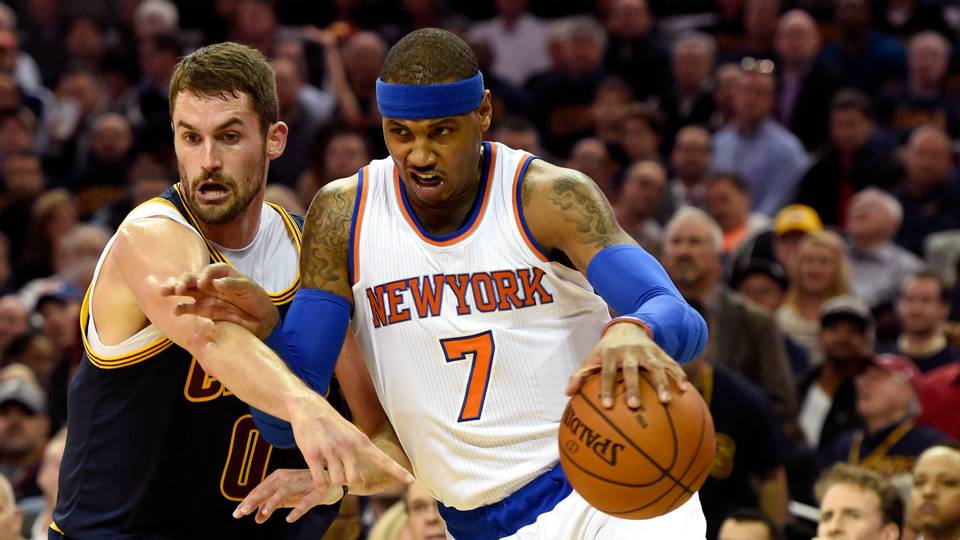 For the past few weeks, the Cavs have been rumoured to have internet in acquiring Knicks’ SF Carmelo Anthony. Although this would be a good idea for multiple reasons, it’s tough to see a trade to Cleveland happening. A buyout is also unlikely, as the Knicks would rather give Anthony away for peanuts than swallow his contract for nothing.

Currently, Anthony has been involved in serious trade talks between New York and the Houston Rockets, with scenarios including three and even four team deals. There is a realistic chance now that Anthony could be traded to Houston. Anthony has been reported to be willing to waive his no trade clause for only Cleveland and Houston, the Rockets have 2 superstars in James Harden and Anthony’s close friend, Chris Paul, as well as a solid bench. But any trade would have to involve the Rockets moving Ryan Anderson, something they appear to be having difficulty doing.

Playing in Cleveland may be more attractive to Anthony, due to the presence of Anthony’s close friend LeBron James, an almost guaranteed NBA Finals appearance, and the fact that Cleveland is far closer to New York and Anthony’s family than Houston, something Anthony is very concerned about.

But even if Cleveland is a better spot for Anthony, could the Cavs even realistically acquire him in a trade? The answer is unclear. 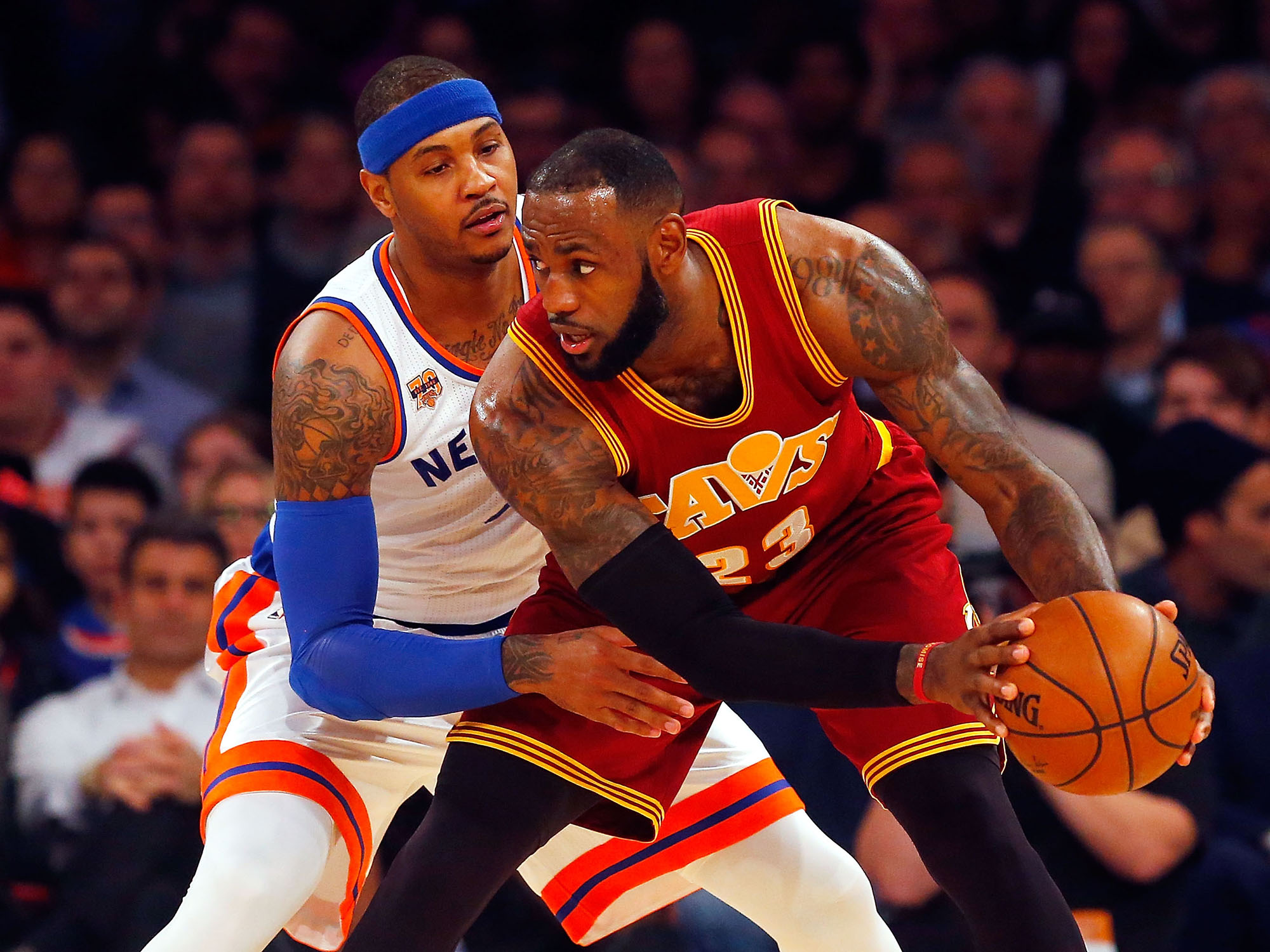 The Knicks are in a rebuilding stage, and are looking for young players and draft picks. The Cavs are largely devoid of both. Due to the Stepien rule, because the Cavs traded their 2019 first round pick to Atlanta for Kyle Korver, they are unable to trade their 2020 first round pick. Their pick in 2021 is still tradeable, but it’s unknown whether the Cavs would be willing to part with a pick so far down the road in case something unforeseen happens with personnel, or if the Knicks would value it highly enough to have it be a centerpiece in a deal. The 2018 pick would most likely not be very valuable to New York, as it’s almost guaranteed to be the 29th or 30th selection.

As far as young players go, there are really just two contenders; PG Kay Felder and SF Cedi Osman. Felder is in the mold of Isaiah Thomas, standing just 5’9”. He was unable to make an impact in the NBA last season, but has dominated the G-League when he’s played there.

Osman was just signed by the Cavs for three years. He is a 6’8” 190lbs project. He’s a solid scorer, a good defender, and a passable three-point shooter, although he needs to improve in that facet. He’ll provide the Cavs with energy and youth off the bench, something they have lacked for years.

Osman was(and is)perhaps the Cavs’ most valuable asset, but, once signed, he cannot be traded until December 15th due to being a newly signed free agent. This eliminates him from current trade talks. 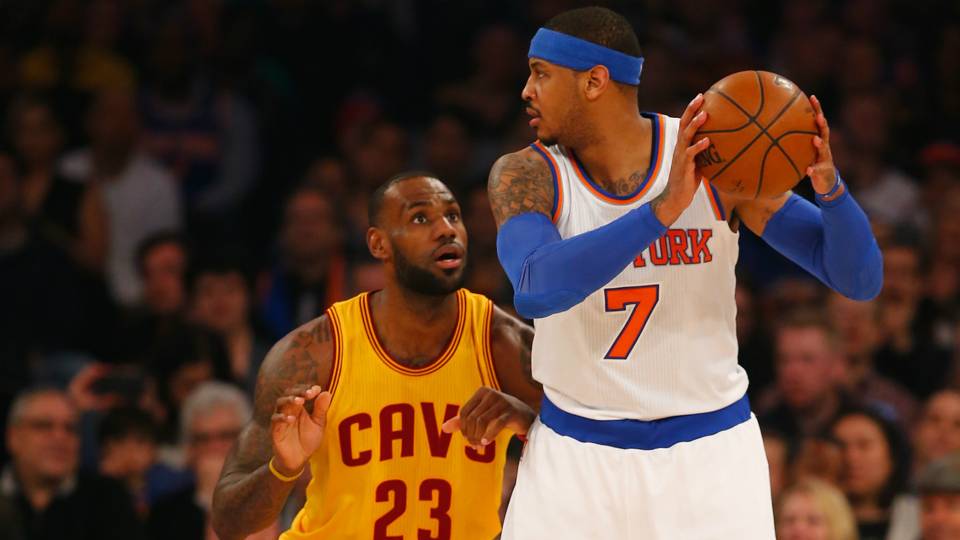 Matching salary is a different issue, as Anthony’s $25 million per year contract and the Cavs’ ugly cap situation makes it difficult to develop a trade. Channing Frye would need to be involved, due to his expiring $7.5 million salary. Tristan Thompson is a key player for the Cavs, but could be involved in a possible deal. Iman Shumpert is also a possibility to be moved to due his $10 million salary. But while all of these players would need to be involved in a trade, the Knicks don’t want them. Iman Shumpert was traded along with JR Smith from New York for a reason. The Knicks have a surplus of centers already on their roster, and have no use for a veteran like Frye because of their rebuilding situation. So just like any Rockets deal, the Cavs would almost certainly need to find a third team to take the players New York has no interest in.

Of course, a Love for Anthony swap is also an option, but the Cavaliers wisely rejected a similar proposal at the trade deadline. Why the Knicks would want Love is also unclear.

So at this point, neither the Cavs nor the Rockets have the ideal prospects or assets to trade for Anthony, as well as unattractive contracts that would need to be moved in order to facilitate a trade. Because of their tradeable picks and Anderson’s shooting ability, the Rockets have the advantage at this point. LeBron James and the Cavs need to be doing whatever they can to convince Anthony to change his mind about Houston being a possibility in order to force New York’s hand. Adding Carmelo Anthony would greatly increase the Cavaliers’ chances against the Warriors, but acquiring him will prove difficult. JUST IN: Why the Cavaliers should pursue Derrick Rose
Related TopicsCarmelo AnthonyCavaliersKnicksRockets