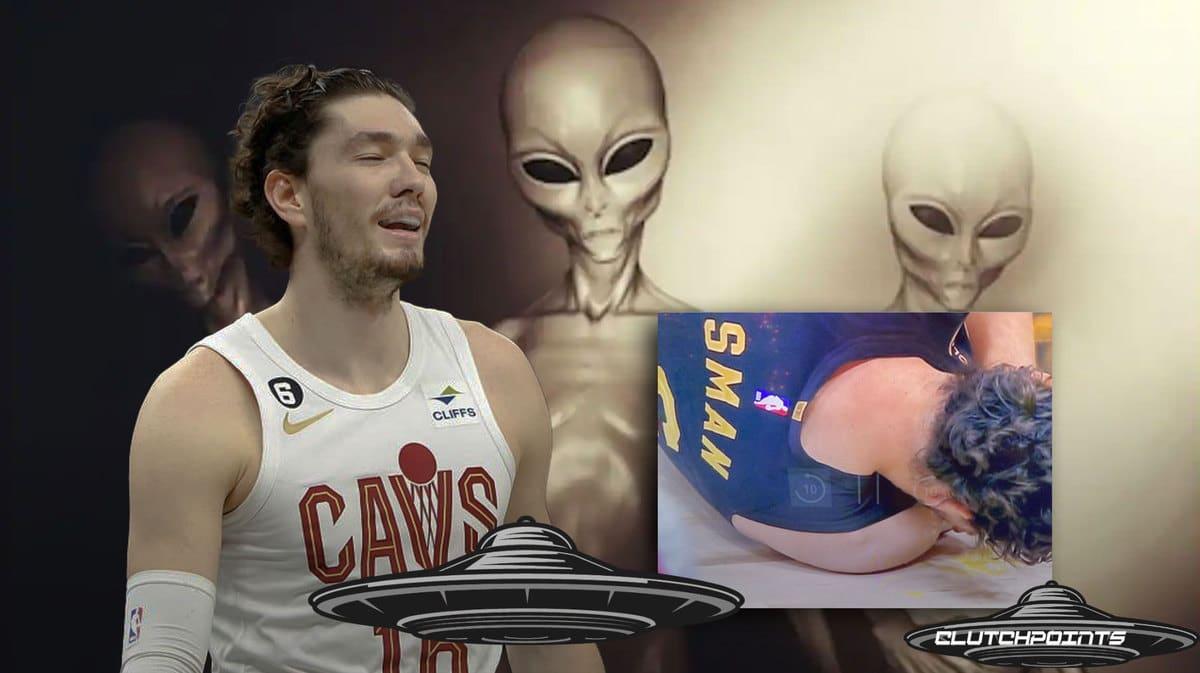 Cleveland Cavaliers forward Cedi Osman got several people thinking he’s an alien after he discharged some yellow fluid on the court during their game against the Detroit Pistons.

Midway through the fourth quarter, Osman was fouled and fell to the floor. That’s when shock and bewilderment ensued after a yellow fluid was seen on the floor near the face of the Cavs veteran.

Some thought he was bleeding yellow, while others pointed out that the fluid came from his nose. Wherever it came, though, the weird color had a lot of people talking aliens. Osman’s history about liking alien stuff certainly fueled the talks as well.

Another Twitter user noted, “CEDI OSMAN IS AN ALIEN.”

What the heck is pouring out of Cedi Osman's head?
There was a big pool of yellow fluid on the floor next to his head when he on the ground!
Is he possibly an alien? pic.twitter.com/KJnNR2vUmm

For what it’s worth, other fans couldn’t help but raise concerns about Cedi Osman’s condition. It would have been different if he’s bleeding red, but the uncertainty caused by the unknown substance sparked fears among those who saw the incident.

Some pointed out that it could be cranial or spinal fluid, which is not a good sign either way.

“[Cedi Osman] hey I’m worried that you got a little bit of a traumatic brain injury. When yellow fluid was by your face after your head got banged I’m pretty sure that was cranial fluid because it was yellow. Get a quick head CT,” one fan commented.

Considering the bizarre nature of the discharge, it’ll definitely help if Osman will get checked. It could be nothing more than just a normal fluid discharged with a different color caused by what he drank–and hopes are high that it is and people are just overreacting–but it’s better to be sure.