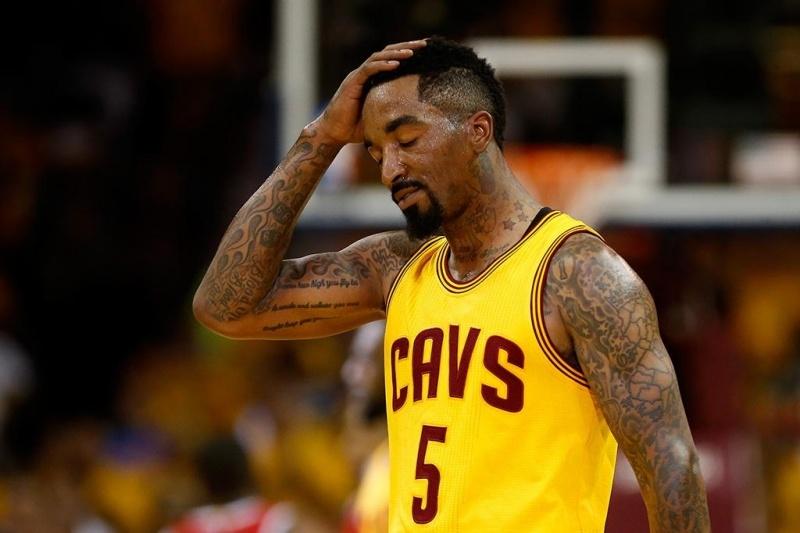 The Cleveland Cavaliers lost an embarrassing one at the hands of the Washington Wizards, 113-99, in the nation’s capital, and the final score was in no way an indication of how lopsided the game was in favor of the home team.

After a heartbreaking loss to the Toronto Raptors, the Cavs were without LeBron James against the Wizards. But the absence of their leader is no excuse for the way they played especially on the defensive end of the floor.

It was an excruciating 48 minutes of lousy defense and a beleaguered offense.

In Dave McMenamin’s recent article for ESPN, J.R. Smith seemed to call out the entire team over the lackluster effort.

“We can’t play basketball like this going down the stretch. There’s 24, 25 games left in the year and you talk about contending, being a championship contender and get blown out by a team. … After losing a game to the No. 2 team in the East then you come out and get thrashed and make it look good at the end.”

“We can’t do that. If we’re serious about who we’re supposed to be, then we can’t do this.”

The Cavs were pushed around in this game. Their bigs were outmuscled and John Wall saw no resistance from the Cavs’ backcourt en route to 21 points, seven rebounds, and 13 assists on 8-of-11 shooting from the floor. Smith isn’t sparing himself from the flame.

“If you lose a game like the other night to a team like Toronto and come out here and play the way we did and you had a lack of energy, maybe we shouldn’t be in this position. I don’t know. It’s tough. If we’re going to play with a lack of energy after losing a game on the road and come out and play the way we did today, then we shouldn’t be who we are and be in these uniforms.”

It was supposed to be an excellent bounce back opportunity for Cleveland to show their mental toughness. Apparently, that characteristic is still yet to found.

The night’s performance was so bad that it’s hard to accept that Kyrie Irving, who scored 28 points, was the lone bright spot for the team. He just wasn’t it, mainly because of how his playmaking and defense left plenty to be desired.

24 games remain in the regular season for Cleveland and it should give them an ample amount of time to reflect on the bad times and learn how to handle adversity. Because at this point, it’s hard to make a case on them beating the Golden State Warriors four times in a seven-game series.