After Embarrassing Defeat, LeBron James And The Cavs Are Still Poised To Bounce Back 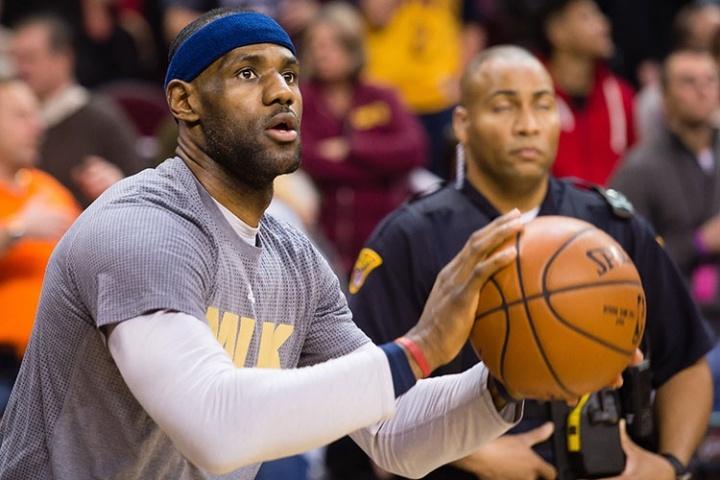 It was supposed to be a tight contest, but that concept was non-existent in the Golden State Warriors’ obliteration of the Cleveland Cavaliers in nowhere else but the Quicken Loans Arena. The only thing that was tight on this night was the Cavaliers’ basket. In fact, the loss was so bad that it might just be the lowest point for the Cavs this season.

Yes, the Warriors are on an absolute tear and are playing at a level that has never reached these heights over the past 20 years, but the Cavaliers are also serious title contenders. They have no business losing at home by that margin. There was nothing to take pride in from this match after Stephen Curry outscored the Cavs’ Big Three all by himself.

The Cavaliers’ leader in LeBron James also hit close to rock bottom as he suffered through one of the worst nights of his career. How bad was it for James? Here are some ghastly numbers. The Warriors’ lead swelled to its largest at 43 points and it became the biggest deficit that James has faced as an NBA player. The 34-point loss also turned out to be the worst home defeat of his career. His plus/minus of (-35) was also at its ugliest.

But it is definitely not the end of the world for James and the team. Last year, the Cavs did beat the Warriors in their final regular season dance, but it did not prove to be any indication of how the finals played out. These two previous matchups, in which Cleveland lost, will only serve as a measuring stick to determine where both teams are, what works now, and the adjustments that they can make in the future.

These things happen to the best of them and James has been known through his entire career to make the right adjustments after seeing things blow up in his face. He is a cerebral player and there’s no doubt that adjustments will be made moving forward.

In the regular season, crazy things happen. Entering this game, the Cavs are among the top defensive teams in the league. They have also proven capable of holding down the Warriors to less than 90 points. The 132 points that Golden State poured in Cleveland was an anomaly to this Cavalier team and in a seven-game series, with all the adjustments being made, it is highly doubtful that the Warriors can play at this level every night.

Experience is the best teacher and LeBron James is a diligent student. He did not get to this point by accident. Maybe suffering a loss this bad could do some good for James moving forward. Right now, it is all mental for the four-time Most Valuable Player and with a high basketball acumen boosted by a wealth of knowledge gathered through the years, he will get over this in no time.

This isn’t confidence speaking, by the way, this is experience.