The absurd reason Richard Jefferson got a technical foul vs. Warriors 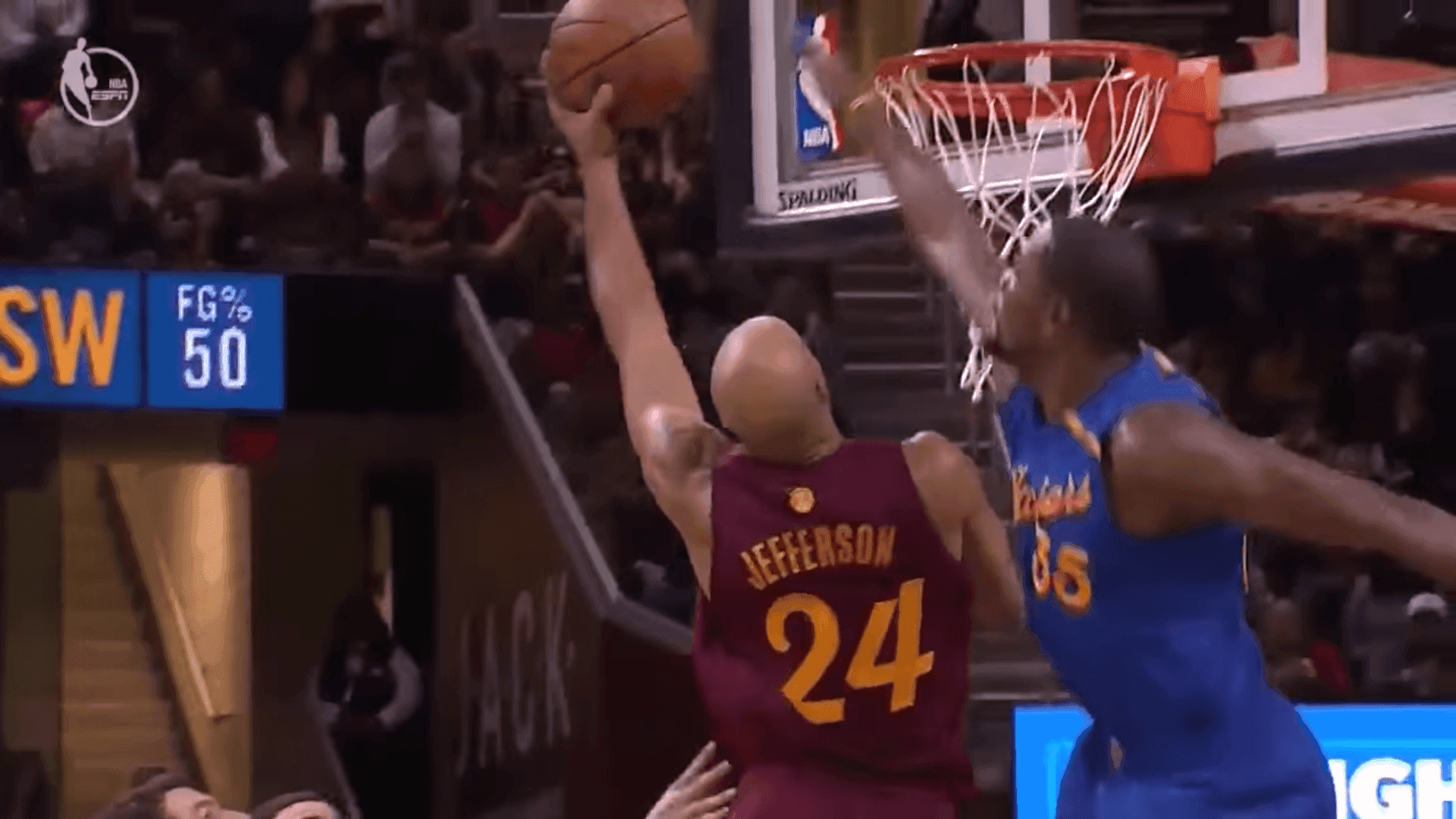 With the Cavs down a very important man in J.R. Smith and playing without a legitimate backup point guard, Richard Jefferson’s name was called upon to provide scoring off the bench. And score he did.

After starting the game out 0-7 from the field, Jefferson threw down a pair of monster poster dunks on Kevin Durant and Klay Thompson. The driving dunk over Durant early in the fourth quarter with the Cavs down 14 ignited the crowd, but also drew a very bad technical foul. After the dunk on Durant, Jefferson took a look at the Warriors forward before smiling and winking at him as if to say “Yeah, young guy, I still got it.”

The referee, who didn’t have the proper angle of the exchange between the two, assumed Jefferson said something during the stare and called a technical foul on him.

After the game, LeBron James spoke with the media regarding Jefferson’s third technical foul in the last three games.

The Cavaliers take on the Detroit Pistons tonight on the road later tonight.