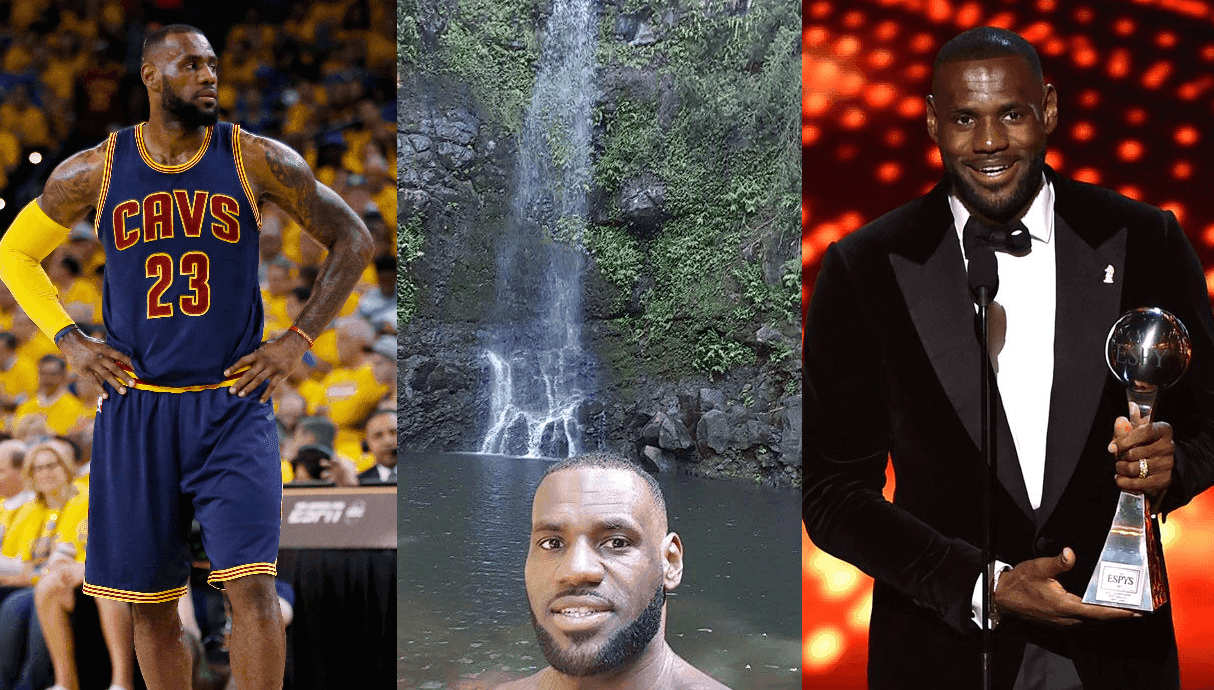 LeBron James is the King of the NBA and that is backed up by all of the hardware and accolades he’s earned on the court. But what has James been up to in his off time this offseason? Well, we start with the lowest of lows in June.

His Cleveland Cavaliers are coming off a NBA Finals loss, and James arguably did all he could, even convincing people that he should have been the Finals MVP. He averaged 35.8 points per game along with 13.3 rebounds and 8.8 assists per game, but that didn’t get him award. That honor went to Andre Iguodola of the Golden State Warriors, who shut everybody on Cleveland down in their championship winning series.

After the Finals, James was in attendance at the 2015 ESPY awards. There were rumors that James could win “Best Championship Performance,” which gave the award to the best championship performances from all sports, not just basketball. What do you know; LeBron James was announced the winner of the award despite the loss. Players from the championship winning Warriors squad, including Draymond Green, Klay Thompson, and Stephen Curry (who was also nominated for the award), were in the crowd and were surprised.

Now that he was away from everything sports related, he took his family on multiple vacations, giving the fans peaks on Instagram with pictures. While James regularly goes on luxurious vacations, but this one seemed to be different, claiming it was “one of the best experiences of his life thus far.”

Besides his vacations, James continues his career with the big screen. A television show produced by him, Survivor’s Remorse, also started a second season on Showtime this summer. I haven’t been privileged enough to watch the show yet. I plan on doing a lot of binge watching. The reviews are even calling this is a must-see show.

James also had the premier of the feature film “Trainwreck,” which released in mid-July. James co-starred with Amy Schumer, Bill Hader, and John Cena. This film was absolutely hilarious, and an excellent choice if you’re into comedy or love LeBron James. James was naturally funny in the movie, showing that he will definitely have a career on the big screen after his NBA career is over.

James also spent some time traveling to Nike headquarters in Beaverton, Oregon where he got to meet with the Nike staff and do some team building. He does this every year and helps to build his brand and increase visibility for his new shoes that come out that season. The partnership between Nike and James has proven to be very lucrative and will be for years to come.

Recently, James has been training down in Miami with his Cavaliers’ teammates. He re-signed with Cleveland on a 2 year, $47 million deal and is clearly focused on bringing the city of Cleveland its first championship in over 50 years. The fact that James brought all of his teammates together for a workout before the end of everybody’s precious vacations time proves that he and his teammates are ready now more than ever to deliver on that championship.

Oh yeah, and it’s that same city that LeBron was able to sell his old mansion for $13.4 million. James even made a profit after originally buying the Miami home for $9 million back in 2010.

Clearly, James has had a busy and fun summer, and he looks to carry this momentum over to the 2015-2016 season.