A Look At The Cavs Playoff Rotations 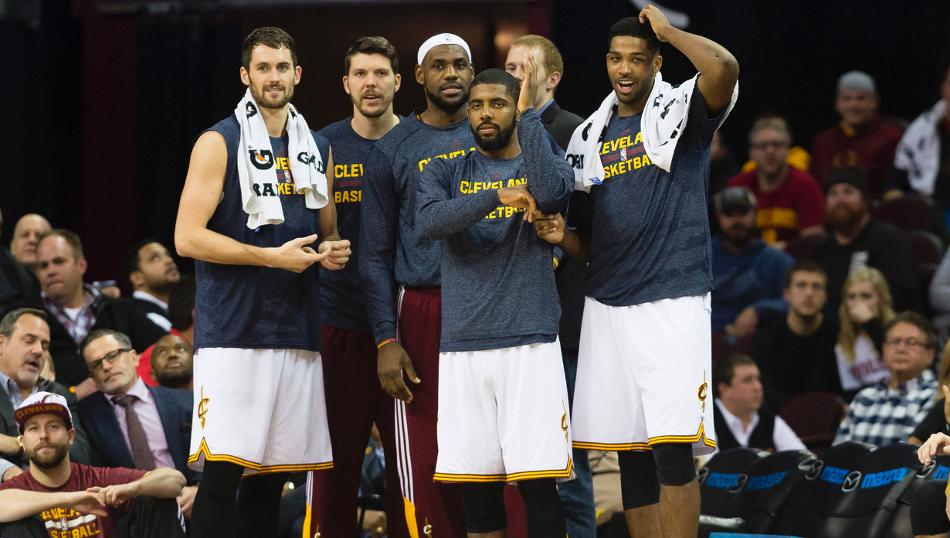 We are now less than one week away from the end of the regular season and nine days away from the start of the 2014-15 NBA Playoffs. After a year of ups-and-downs, criticism and controversy, and rumors and trades, the Cavs are back in the playoffs for the first time since 2010.

The Cavs already have their starting five set, and it didn’t even take that long to decide on who would start.

RELATED: Top 5 Lineups the Cavs Should Use This Season

The starters are a given, as they have gone a crazy 28-4 when they’re all healthy since that January 13th game at Phoenix (which was a loss). The Cavs have

The season started out rough, but since making two big trades that brought in three big-time players, the Cavs have been solid. Bringing in Smith to replace Dion Waiters in the floor spacing role was one of the greatest swaps of the year as J.R. has been absolutely lighting it up in a Cavs uniform, most recently against the Bulls:

We all know how good Irving has been, and he’ll be counted on to do the bulk of the scoring, especially when he’s out there with the second unit. The Cavs can go into any series this year and feel like they’ve got the best point guard. Love’s situation will be the same, as he’ll have to be the go-to guy while leading the second unit.

LeBron James will be his usual dominant self out on the court, but the key to the Cavs success will be the ball movement and keeping isolation basketball out of their system. It’s tempting to let LeBron or Kyrie take their defender one-on-one, but it gets the other guys out of rhythm and can often lead to a bad shot attempt.

There will need to be a couple changes made, however, as Mozzy is seeing just a shade over 25 minutes per game despite playing well on both sides of the ball. His 7’1″ frame has been a huge difference maker for the Cavs, and he’s a large part they’ve gone 32-7 since that January 15th victory over the Lakers.

Of course, it does depend on the matchup. Mozgov logged 32 minutes in the big victory over the Bulls on Sunday because of the matchup With Joakim Noah and Pau Gasol, but then played just 20 against Milwaukee as Blatt favored Tristan Thompson when the Bucks went small with John Henson at the center position.

According to Bleacher Report, the Cavs are 12.4 points better per 100 possessions with T-Mo in the game. Only James, who is a plus-15.0, has made a bigger difference when on the court for the Cavs.

The bench is going to help decide whether Cleveland can compete with the best of them for a seven-game series or not. The bench has shown glimpses of their ability to show up in big games, but they’ve also put up no-shows, forcing the starters to carry the scoring load. The bench needs to develop a consistency that will allow head coach David Blatt to rely on them. Here’s what the second unit looks like for the Cavs:

Although they’re not very productive, the bench usually works well with at least one member of the ‘Big Three’ in there. In the playoffs, Blatt will likely cut down his rotations to just eight or nine players, and we can guess who the three or four bench guys will be: Delly, Shumpert, Double T, and occasionally James Jones.

We’ll start out with Thompson, who has been one the most effective rebounders on the floor this season at 8.1 rebounds off the bench. No team in the league has a player off their bench with that type of hustle, especially not on the offensive side. Thompson will be in line for about 25 minutes a night, but will have to step his defensive game up if the Cavs are to defend at a high level.

Shumpert will be the key wing defender for the Cavs while also spacing the floor out with his three-point shooting ability. He’s shown time and time again the stifling defense he’s capable of playing, and the Cavs will need just that this time next week.

Matthew Dellavedova has done a great job as well defensively, and the Cavs will need more hustle plays and shot creating like these from him if they want to go far in the playoffs:

James Jones and Shawn Marion will likely serve as third string guard/ forwards for the Cavs in case someone gets into foul trouble.

It looks like the Cavs are ready for the playoffs, having secured the second seed and likely to rest their stars as their benches try to gain a better rhythm going into the postseason. Don’t rule out the starters playing, however, it’ll be for about 10-15 minutes a night to stay in game shape and work some final kinks to their playoff rotations. 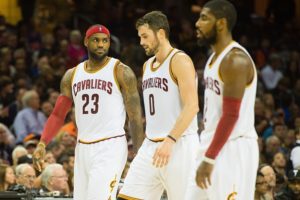