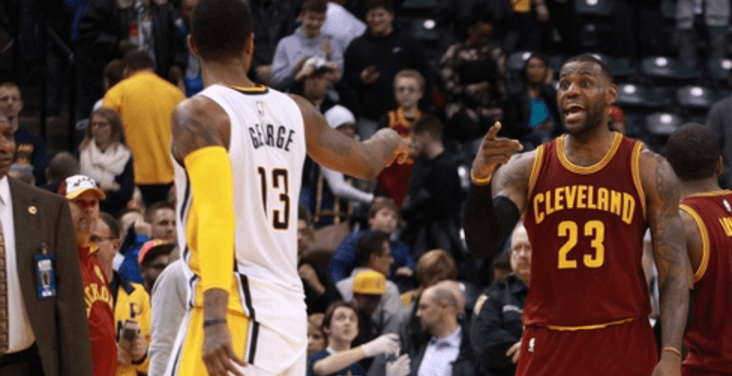 As most of our great readers know, the Cleveland Cavaliers have been in talks with the Indiana Pacers regarding a trade that would bring star forward Paul George to Northeast Ohio. George’s agent has already notified the Pacers that the four-time NBA All-Star intends to opt out of his contract after the 2017-18 season, making the matter a bit more pressing.

If George, 27, were to be traded to the Cavs, most experts believe it would be at the expense of Kevin Love — an All-Star for an All-Star. Iman Shumpert or Channing Frye could become trade pieces as well.

According to Pro Basketball Draft, the Philadelphia 76ers could play a role in the George-Love transaction, forming a three-team deal. Philly has loads of talented young depth, and thanks to a recent swap with the Boston Celtics, they have the No. 1 pick in this year’s draft at their disposal. Needless to say, the Sixers are active on the market.

PBD reports that Love could wind up in Philadelphia if the Pacers were to accept a deal with the Cavs. If the Pacers prefer draft picks and young talent — say, Jahlil Okafor — the Sixers could oblige.

Certainly an interesting twist in the storyline. For now, we’ll just have to wait and see if the Pacers pull the trigger. 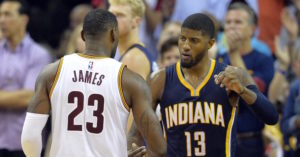