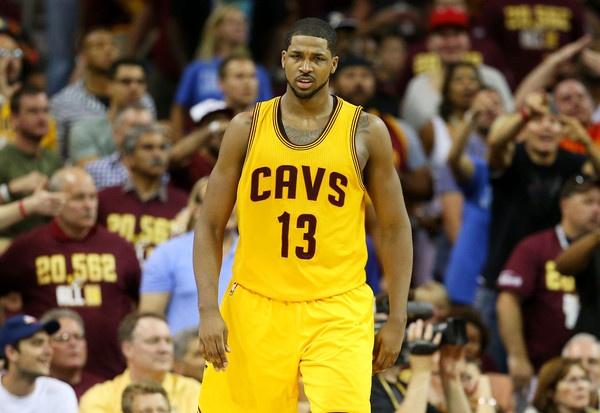 Sometime in January, it was reported that Tristan Thompson slammed the door on a four-year deal worth $52 million. Many, including myself, were dumbfounded over that decision as Thompson was a back-up power forward averaging around 9 points and 7 rebounds per game for Cleveland at that time. To put it in perspective, other more notable big men in Derrick Favors, Nikola Vucevic, and Kenneth Faried signed extensions that will pay them $11-13 million per year over the life of their respective contracts. But Tristan bet on himself, despite Kevin Love’s presence albeit his future not being cast in stone as well, and with the injury to their starting power forward, he has risen to become one of the baddest dirty workers in the league. He has definitely earned his lunch money and here are the reasons why:

Over the course of his four-year career, Tristan Thompson has only missed six games and has played in three straight 82-game seasons. Now that’s saying a lot especially with how injuries have hit the league like a plague in recent years. Amazingly, Thompson’s body remains unscathed despite playing in the area where the most bumps and bruises are usually obtained. That’s a tremendous insurance policy for every team.

Click “Next” to see the number six reason Tristan Thompson should be offered more than $13 million per year! Even when the Cavaliers had a healthy Kevin Love, Tristan Thompson was already a beast in the offensive glass. During the regular season, he was 5th in offensive rebounds with 3.3 per game while playing the fewest minutes among those in the Top Five. Come playoff time when more is being asked of him, he has been delivering by grabbing 4.4 offensive rebounds per game after 19 contests which is good for second place. These extra possessions are gold especially in the postseason where the Cavaliers are poised to be regulars in the coming years.

Click “Next” to see the number five reason Tristan Thompson should be offered more than $13 million per year! Despite being in only his fourth season, Thompson has already received praises about him being a positive presence in the locker room. Even as early as his second season, he has already earned the respect of former Cavalier coach Byron Scott who recognized Thompson as one of the team’s leaders. Chemistry is always important and having someone like that on the team is highly valuable in setting the right tone.

Click “Next” to see the number four reason Tristan Thompson should be offered more than $13 million per year! Thompson is probably the team’s biggest gym rat. His addiction to improving his craft is well-documented and nothing probably comes close to his unprecedented switch from being a lefty to shooting with his right hand. That alone requires a high level of focus and numerous extra hours dedicated to honing his craft. Tristan finished his rookie year shooting 55.2% from the line but upped his accuracy to 69.3% in the 2013-2014 season. He concluded the 2014-2015 with a 64.1% clip from the line. With that kind of work ethic, expect Tristan Thompson to add more dimension to his game in the coming years.

Click “Next” to see the number three reason Tristan Thompson should be offered more than $13 million per year! One thing that Thompson has over the likes of Favors, Faried, and Vucevic is that he already has playoff experience. Not only does the Canadian big man has played in the playoffs but he’s been thrown into the fire already as the Cavaliers’ deep postseason run included a myriad of cardiac games where Thompson was a part of the finishing lineup. David Blatt has put a lot of trust in Tristan because even in the regular season, there were instances when the Cavalier coach favored him over Kevin Love in the fourth quarter of some games.

Click “Next” to see the number two reason Tristan Thompson should be offered more than $13 million per year! When the new TV deal takes effect, a $12 million salary would have less value since the cap is expected to significantly rise by that time. Tristan knows this and so does his agent Rich Paul who is also the agent of LeBron James. As we all know, LeBron’s contract is tailored in a way that it will enable James to maximize the upcoming changes in the salary cap structure and Paul must have had that in mind as well when it comes to Thompson’s contract.

Click “Next” to see the number one reason Tristan Thompson should be offered more than $13 million per year! 1 – If Cleveland refuses to pay him, someone else will

Cleveland is expected to have its payroll full come next season so other teams with more cap flexibility are surely waiting for the moment when they can talk about contracts with free agents. There are teams who like to gamble in overpaying players based on their potential and after Thompson’s display of energy and tenacity off the glass in the Cavaliers’ postseason run, he will definitely not lack suitors. With that, expect him to sign a lucrative offer sheet from another team which Cleveland will most likely match. Cleveland won’t be paying Thompson for a double-double night but for his contagious effort in giving the team extra possessions and an incredible insurance policy at the four or five spot.