LeBron James’ career isn’t short on major setbacks. As did other all-time greats, these failures only pushed The King to the next level. We identified five teams who played the role of royal spoilers whom The King owes some sort of gratitude. Come to think of it, the lessons which James took from all these defeats have accumulated into a wealth of knowledge that he has shared with this year’s Cavalier team who is poised to go deep in the playoffs and, hopefully, a June victor.

In the 2008-2009 season, the Cleveland Cavaliers won a franchise record 66 games and they appeared to be headed for a collision course with the 65-win Los Angeles Lakers in the NBA Finals. They swept the first two rounds of the playoffs but when they faced the Magic in the East Finals, the tables were turned as the Cavs did not have an answer to Dwight Howard and Orlando’s wing players who were in the zone for the whole series. The Cavs lost in 6 games with LeBron James carrying the team on his back as he averaged 38.5 points, 8.3 rebounds, 8 assists, 1.2 steals, and 1.2 blocks per game. The Miami Heat made the biggest splash in all of free agency history when they signed LeBron James, Dwyane Wade, and Chris Bosh. Even in the Heat Big Three’s first season, Miami was already a team of destiny, or so they thought. The Heat faced off against a veteran Dallas Mavericks squad in the NBA Finals and only to lose in 6 games. That probably was Dirk Nowitzki’s last dominant run and he made the most of it by spoiling what could have been a huge party in South Beach. 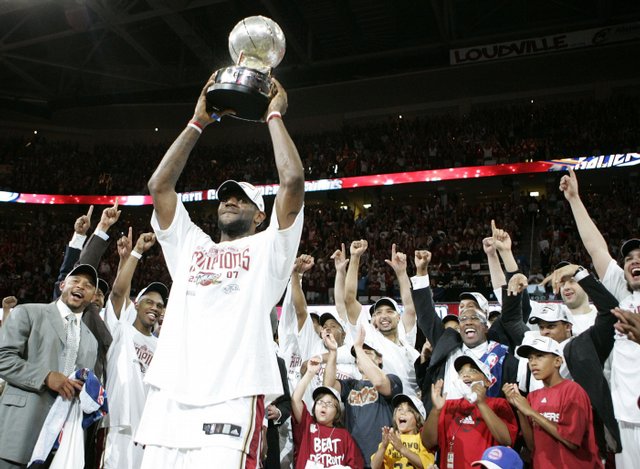 For two consecutive seasons, LeBron James faced off against the New Age Bad Boys of Detroit. His first playoff run was ended by a dominant Detroit Pistons team in the 2006 East Semis. Despite being a playoff greenhorn, James still had that confidence since he was undoubtedly the best player on the floor the whole series but at the end of the day, the Pistons’ excellent team play on both ends disrupted the Cavalier scheme which centered on LeBron. 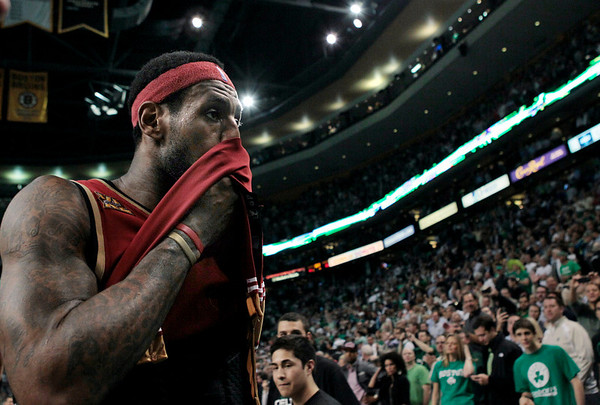 The Boston Celtics and Cleveland Cavaliers figured in two hard fought playoff series in 2008 and 2010, both of which ended in Boston’s favor. The 2008 version saw LeBron James and Paul Pierce go at it in one of the best postseason head-to-head matchups of all time during Game 7 of the East Semis. The following matchup hurt more as the Cavaliers were all set to correct their playoff mistake in their 2009 loss to the Magic but the veteran Celtics were geared for an upset against the primed Cavs and they did not disappoint the population in beantown.

The San Antonio Spurs was the biggest thorn to a couple of LeBron James’ title quests and still are the biggest threat to The King’s return to his throne. His first NBA Finals appearance was against the Spurs in 2007 but the Cavaliers got swept as they had no answer to Tony Parker’s speed and savvy. Seven years later, a second consecutive finals matchup between the Spurs and a LeBron James-led Miami Heat squad was not only a disappointment to South Beach three-peat dreams but it was also a masterful display of team play by San Antonio which undoubtedly embarrassed Miami’s supposedly elite defense.