5 Reasons Why Kyrie Irving Is Better Than Rajon Rondo 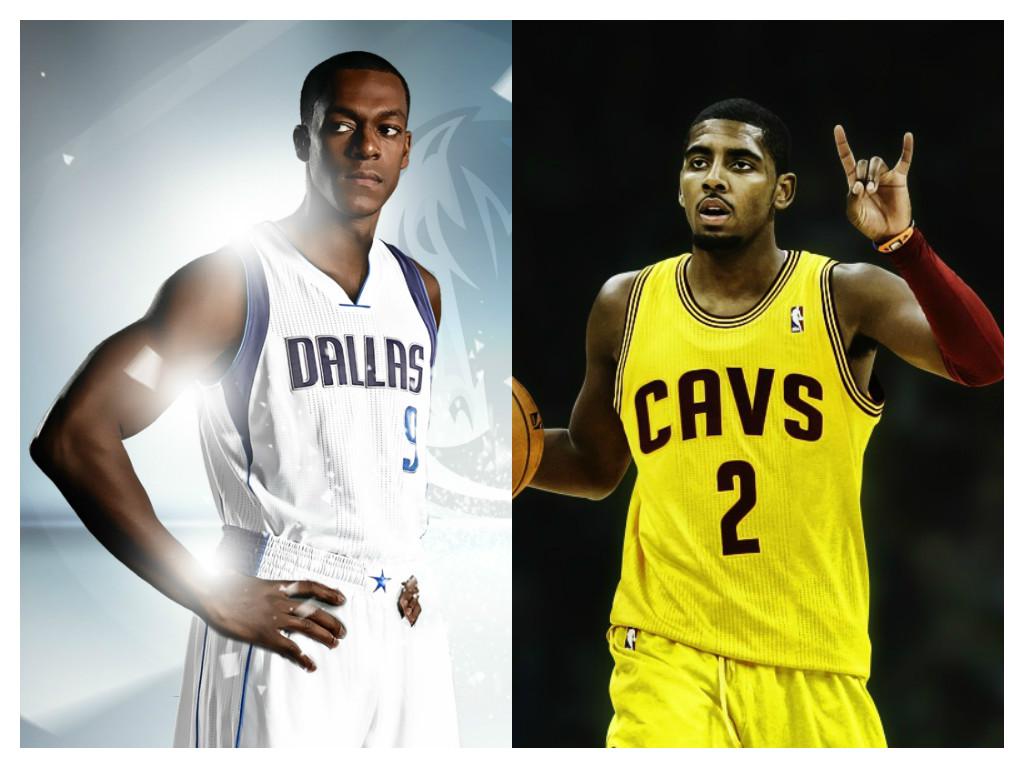 We’ve all heard the news by now: Rajon Rondo is a Maverick. With Dallas now in serious championship conversations, how well does Irving stack up against Rondo in a matchup we could very well see in the Finals? We give you 5 reasons why the Cavs’ Irving is better than the Mavs’ Rondo.

Start with reason #1 on the next page! This may not be basketball, but it is a reflection of the mark each player has made game of basketball, at least from a marketing perspective. Prior to October of 2013, Rondo was endorsed by Nike for almost his whole career. Yet he never managed to get a signature shoe line from the manufacturing giant, instead leaving Nike for the Chinese company, Anta, who’ve released a signature Rajon Rondo shoe line.

Kyrie Irving on the other hand, has just announced his signature shoe: the Nike Kyrie 1’s. At the young, young age of 22, Irving is getting a treatment from Nike that Rondo failed to receive in his 6+ years at Nike. Kyrie now joins the company of LeBron James, Kobe Bryant, and Kevin Durant, as the only current NBA players with signature shoe deals with Nike.

Now let’s get into some real basketball, continue to reasons 2-5 starting on the next page!

There is no comparison here. Irving simply dominates Rondo in this category. While Rondo is notorious for his abysmal shooting ability, Irving is touted as a highly capable shooter, which lends to his already vast plethora of scoring options.

Rondo averages a league-high, 10.8 assists per game. Yes, he’s a playmaker who likes to thread the needle, but he also runs the risk of turning the ball over with risky passes; so much so that he averages 3.4 turnovers per game. That’s the 8th highest turnover average in the league.

A good measure of passing ability, with turnovers in consideration, is the Assist-to-Turnover ratio. We simply divide a player’s assist totals with their turnover totals.

As a comparison, Chris Paul leads the league in Assist-to-Turnover Ratio, with 4.85. (9.6 assists, 2.0 turnovers). It shows how important it is to not just make the assist, but to make sure you’re not just throwing reckless passes, trying to pad your stats.

At this point, you might be thinking about Rondo’s strengths in comparison to Irving. Rondo may be racking up assists and picking pockets for steals, but who has the better overall statistical package? Well, John Hollinger really did the basketball world a favour by inventing the PER: a combination of every stat available for a player into one number. Short for Player Efficiency Rating, the PER is a quick way to determine who edges out who in stats. This PER comparison should quickly tell you who wins the battle here:

Something to note: Kyrie Irving in his worst season beats Rajon Rondo in his best season, PER wise.

Continue to reason #5 on the next page!

Irving is often called Mr. 4th Quarter, where as Rondo is reduced significantly without a strong supporting cast. We’ll let the highlights do the talking: