When LeBron James returned to the Cleveland Cavaliers, the water in Cleveland became wine and the clouds turned golden. Everything was set in motion for the Cavaliers to become one of the top teams for years to come and the long-term sealing of Kyrie Irving and Kevin Love made the outlook even brighter. LeBron James, on the other hand, has already hit his third decade on this Earth. As great as he is, the four-time MVP is still human. He gets tired, his body becomes less machine-like, and eventually, he will become a shadow of his old self. In order for the Cleveland Cavaliers to maintain their dominance, forward thinking and carefully planned steps must be undertaken. On that note, Cavs Nation listed out five things that the Cavs must do to prolong their elite

The days of nightmare contracts in Cleveland are over, hopefully. All of the Cavs` contracts right now are relatively fair, barring a Tristan Thompson overpay, and that should be the trend going forward. Despite the fact that Dan Gilbert’s pockets are extremely deep, maintaining the team’s flexibility through decent deals is highly imperative as not only does it saves the team money but it also gives them tradeable assets just in case anything happens.

Click “Next” to see the fourth key to the Cavs’ dominance post-LeBron James! 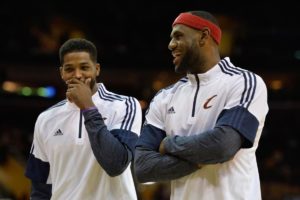