5 Keys For Cavs To Win Game 3 Of NBA Finals 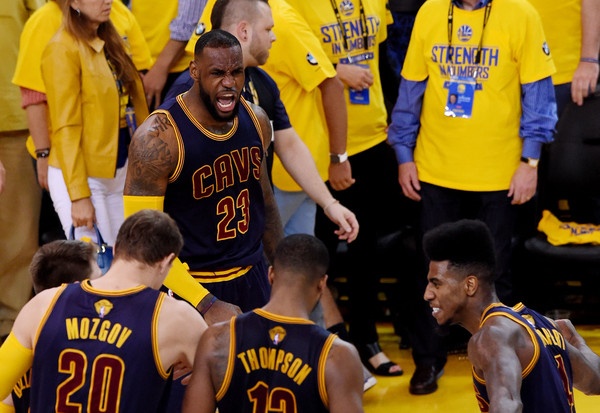 The Cleveland Cavaliers took Game 2 at Oracle Arena to tie the series up at 1-1 going into Cleveland. Game 3 is tonight at the Q, where Cavs fans have been anxiously awaiting their Cavaliers return home. With Stephen Curry having probably the worst game of his life, a lot of people are already predicting the Cavs to lose Game 3. Here are five keys to Game 3 for the Cavs:

With Bogut protecting the paint for the golden state warriors, Cavaliers should constantly look to attack the bucket. With Thompson and Mozgov, Cavs have a clear advantage in the post. Mozgov averaged 16.5 points in the first 2 games, most of which came inside the paint. Mozgov needs to keep this going and put pressure on the Golden State defense. On the other hand, Thompson has scored a total of 4 points in the first two games and needs to pick up on his scoring. If both of them can get going along with Lebron who is attacking the paint constantly, it puts a lot of pressure on golden state and they look to double team which leaves the shooters open for the shots. Although JR Smith seems to struggle right now, with game 3 at the Q, he could come up big if he finds the open looks. So, Cavaliers need to attack the bucket early in the game and create opportunities for JR, Shumpert, James Jones, and maybe even Miller who got a few minutes in Game 2.

The number four thing the Cavs need to do to win Game 3 is on the next page! 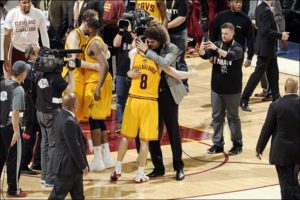 JUST IN: The Appreciation For Matthew Dellavedova