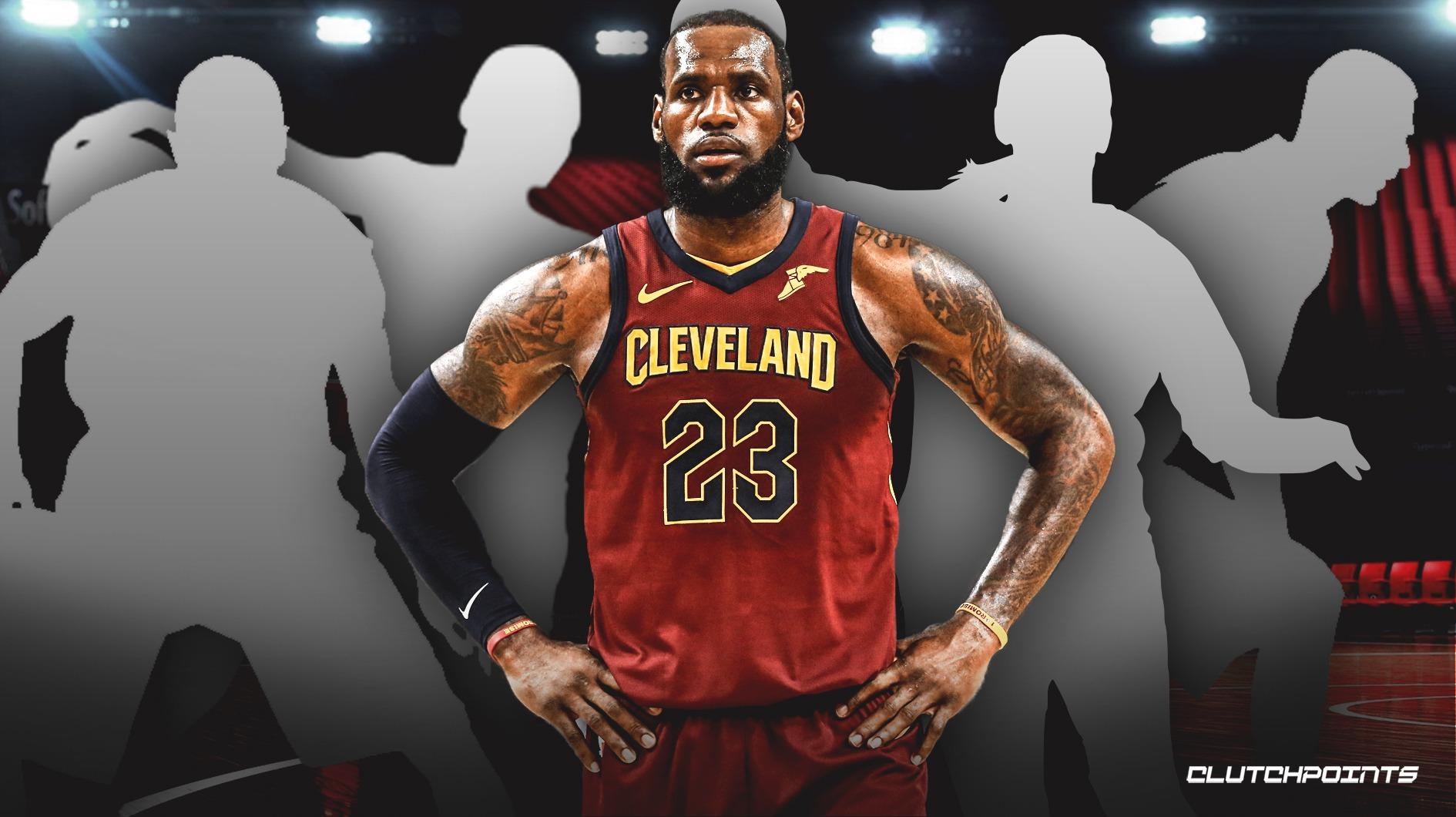 The Cleveland Cavaliers may not have had much playoff success throughout their nearly 50-year history, but the team has rostered some excellent players. It may be obvious who No.1 is, but here are the five greatest Cavs members of all time.

Nance split his career between the Phoenix Suns and Cleveland, but is remembered as a Cavalier. In six full seasons with the team, he was an All-Star twice and made the All-Defensive team three times. He played in 433 games for the Cavs, and still ranks seventh in team history in offensive rebounds, eighth in defensive rebounds, third in blocks, and ninth in points. But perhaps Nance’s proudest moment with the team was watching his son, Larry Jr., don the number 22 for Cleveland.

Love is heading into his sixth season with the Cavs, and the only statistical area in which he ranks in the top 10 is defensive rebounds, but the five-time All-Star (twice with the Cavaliers) still deserves a spot as an honorable mention.

His stats across the board are down from his days in Minnesota, and he was often blamed for Cleveland’s issues during their four consecutive NBA Finals runs. However, Love never complained about his role or treatment, and helped the team win its first NBA championship by playing the best defense of his life to contest Steph Curry’s potentially game-tying three-point attempt with 30 seconds remaining in Game 7 of the 2016 Finals. Injuries limited him to only 22 games last season, but Love is now healthy and ready to assume the role of veteran leader for a very young team. His days in Cleveland may be coming to an end, but he’ll always be a fan-favorite for his sacrifices here.

Irving may have burned bridges with how he forced his way out of Cleveland (and subsequently ended Cleveland’s title run), but it’s impossible to say he is not one of the team’s greatest players. Drafted first overall in 2011, Irving quickly showed off his insane handles and killer instinct, and made his first All-Star team (he would go on to make five more to this point) the following season.

Irving was expected to be the leader of the Cavs’ young core that also featured Anthony Bennett and Andrew Wiggins, but as soon as LeBron James announced he was coming home, Irving was forced to change his role drastically, and in his fourth season, at the age of 22, he was playing in the NBA Finals.

He’ll be remembered for being a very different person and making the mistake of wanting out from underneath James’ shadow, but Irving nailed the biggest shot in team history when he hit a step-back triple over Curry with 53 seconds left to give Cleveland the lead for good. He is on a Hall of Fame trajectory, and after six seasons with the Cavs, he ranks sixth in assists, ninth in steals, and eighth in points. Had he not left the Cavaliers, he would almost certainly have ended his career second in those categories and on this list, but he’s his own person, and no one was going to be able to change that.

The first overall pick in 1986, Daugherty played just eight seasons in the league due to injury, but was an elite big man during that time. He made five All-Star teams and one All-NBA team, and still ranks third in total rebounds, tied for seventh in blocks (although Tristan Thompson will surpass him this season), seventh in assists, and third in points, despite averaging just 69 games played per season. Had he not struggled with injuries, Daugherty would likely be in the Hall of Fame, but it’s still impressive to see what he was able to do in such a short period of time, all the while not being fully healthy.

Another big man who struggled with injuries, Big Z was drafted in 1996, ten years after Daugherty, and played in all 82 games during his rookie season, only to suffer a foot injury that limited him to just five games in 1998-1999, and forced him to miss the entire 1999-2000 campaign. As a player, Ilgauskas was ahead of his time. His 7’3″ 238lbs frame was a size mismatch, but he also had impressive handles for a center, in addition to a solid outside shot.

He spent 12 years and 771 games with the Cavs, and is still the team’s all-time leader in offensive rebounds and blocks, while ranking second in total rebounds and points. His #11 jersey is retired in the rafters at Rocket Mortgage Fieldhouse, and he has served as a special assistant to the general manager for the Cavs since 2012.

The four-time All-Star and four-time All-NBA member retains his spot as best point guard and second-greatest player in team history. He spent nine seasons with the team, and in addition to being one of the greatest free-throw shooters of all time, he still ranks second in assists and steals, as well as fifth in points. He was a true do-it-all point guard, and one of the best finds in franchise history; he was selected 25th overall in the second round by the Dallas Mavericks, and shipped to Cleveland the same day. That trade worked out pretty well for the Cavs.

It was inevitable. There’s no way around it, LeBron James is the greatest player in Cavaliers history, and by the time he wraps up his career, he’ll have a very good argument for greatest player in NBA history. He was destined to be the team’s savior from the beginning; born in Akron, granted immense fame while still in high school, and drafted by his hometown team. He spent 11 seasons with Cleveland, from 2003-2004 to 2009-2010 and 2014-2015 to 2017-2018. He played 849 games, starting all but one, when he came off the bench in 2007 alongside teammate Anderson Varejao in order to protect him from boos, since Varejao had just ended a contract holdout.

James flat-out dominates Cleveland’s career records. He is first in games, minutes played, shots made and attempted, free throws made an attempted, rebounds, assists, steals, and points. Oh, and he currently ranks fourth in NBA history in points, 15th in minutes, fifth in shots made, 10th in assists, and 16th in steals. And he’s still only 34 years old. He has won three NBA championships and been to nine NBA Finals. He hurt a lot of people by leaving Cleveland in 2010, but made everything right by returning and bringing the city its first championship since 1964.

Cavs fans have been incredibly fortunate to have been able to watch one of the most dominant athletes in human history, and James has perhaps made an even bigger impact off the court, including opening up a school for underprivileged children in the Akron area. James will forever be synonymous with the Cavaliers, and the team couldn’t ask for a better representation.