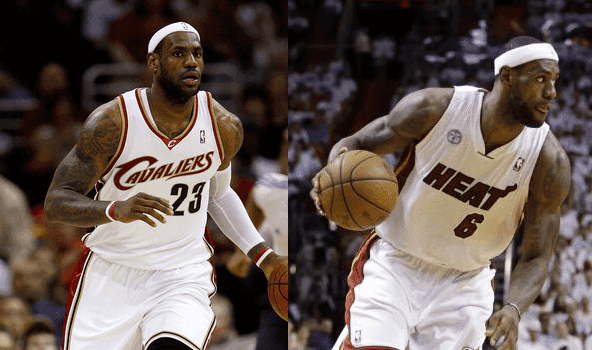 LeBron James has had a highly decorated career adorned with both individual and team successes. A player of his caliber and generational talent is one that teams build a tradition of success around. Since 2003, James has steadily grown his own legacy that is guaranteed to become one of the best, if not the best, when it’s all said and done. On that note, we place the spotlight on the four-time Most Valuable Player and two-time champion’s five best regular season records to date.

The 2013-2014 season turned out to be LeBron James` last one in Miami. Many people thought that James had found a new home in Miami as he was able to move to South Florida and achieved what he always dreamed of winning.

Let’s not take away from what the Miami Heat did as a team in 2013-2014. The Heat played great basketball that year. They won 54 games and reached the NBA Finals for the 4th year in a row.

There’s no denying that what they were able to do while he was there was remarkable. He averaged 27.1 points, 6.9 rebounds, and 6.3 assists per game for the Heat. They went on to lose to a strong San Antonio Spurs team, four games to one.

Click “next” to see the fourth best regular season record of a LeBron James team!

The 2010-2011 season was LeBron James` first year with his new team. After bolting the Cavaliers in an unpopular fashion, James and the Heat found themselves under a lot of scrutiny all year long. Unsurprisingly, they still performed well, winning 58 games and reaching the NBA Finals.

They ended up falling short of the title but still had an impressive season as any team that performs that well under that type of pressure should be commended. For the season, LeBron James averaged 26.7 points, 7.5 rebounds, and 7.0 assists per game.

He had to take his lumps in 2010-2011 and this enabled him to become a stronger player, both mentally and physically.

Click “next” to see the third best regular season record of a LeBron James team! 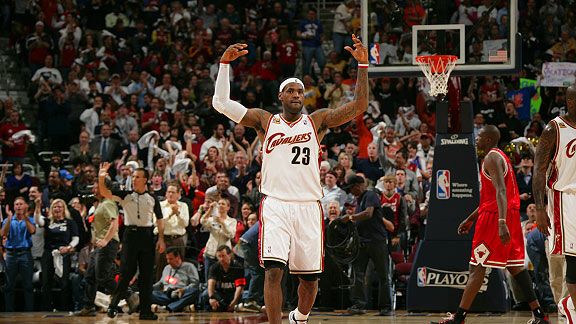 The 2009-2010 season was another year of high expectations which saw the team fall short once more. Shaquille O’Neal was acquired in the offseason and his slogan was aptly “Get A Ring For The King”.

The Cavaliers looked great during the regular season as they steamrolled through their opponents to rack up 61 wins. However, they were eventually eliminated by a veteran Boston Celtics squad led by the big three of Kevin Garnett, Ray Allen, and Paul Pierce.

Despite falling short, LeBron James still had an amazing season. He won his second straight MVP award as he averaged 29.7 points, 7.3 rebounds, and 8.6 assists per game. It was also one of James` best statistical years.

Click “next” to see the second best regular season record of a LeBron James team! 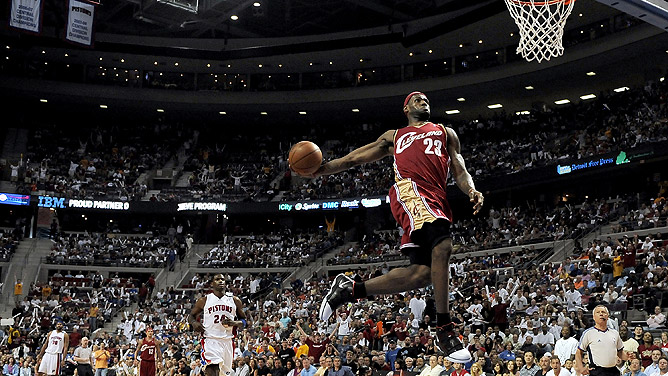 LeBron James turned 24 years old during the 2008-2009 season but his young age did not stop him from carrying the Cleveland Cavaliers to new heights. The Cavaliers dominated their opponents all season long and many expected the team to win the franchise’s first NBA title.

With the way the team played, it looked like it was going to become a reality. LeBron James absolutely steamrolled his way through opponents on a nightly basis. Check out this video of him going on a tear against the Milwaukee Bucks

The Cavs fell short of their goal when they lost to the Orlando Magic in the Eastern Conference Finals. However, one cannot take away what LeBron James did that year. He averaged 28.4 points, 7.6 rebounds, and 7.2 assists per game en route to winning his first NBA MVP Award.

Click “next” to see the best regular season record of a LeBron James team! 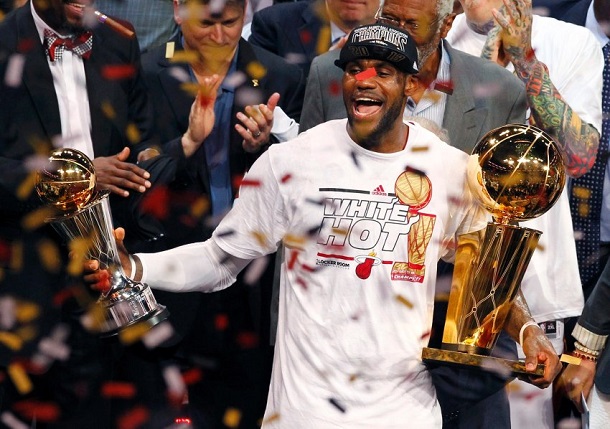 The LeBron James-led Miami Heat were on absolute fire during the 2012-2013 NBA season. This team finished with a record of 66 wins and 16 losses but what’s most impressive about this season was the Heat`s 27-game winning streak. That feat is absolutely amazing when you think about the travel demands and grind of an 82-game season.

During this streak, the Heat dismantled most of their opponents. However, there were still a few games which really tested the team, putting the streak in jeopardy. One game that sticks out is win number 11 of the 27-game streak. This win ironically came against the Cleveland Cavaliers. Miami blew a 22-point lead before Dwyane Wade scored 11 of his 24 points down the stretch to lead the Heat to victory.

The team went on to beat San Antonio in the NBA Finals to give LeBron James his 2nd straight championship. James racked up the individual accolades on that year as he took his second Finals MVP trophy to accompany his fourth regular season Most Valuable Player award.

He averaged big numbers of 26.8 points, 8.0 rebounds, and 7.3 assists per game. There aren’t too many teams, and players, that are going to have better seasons.