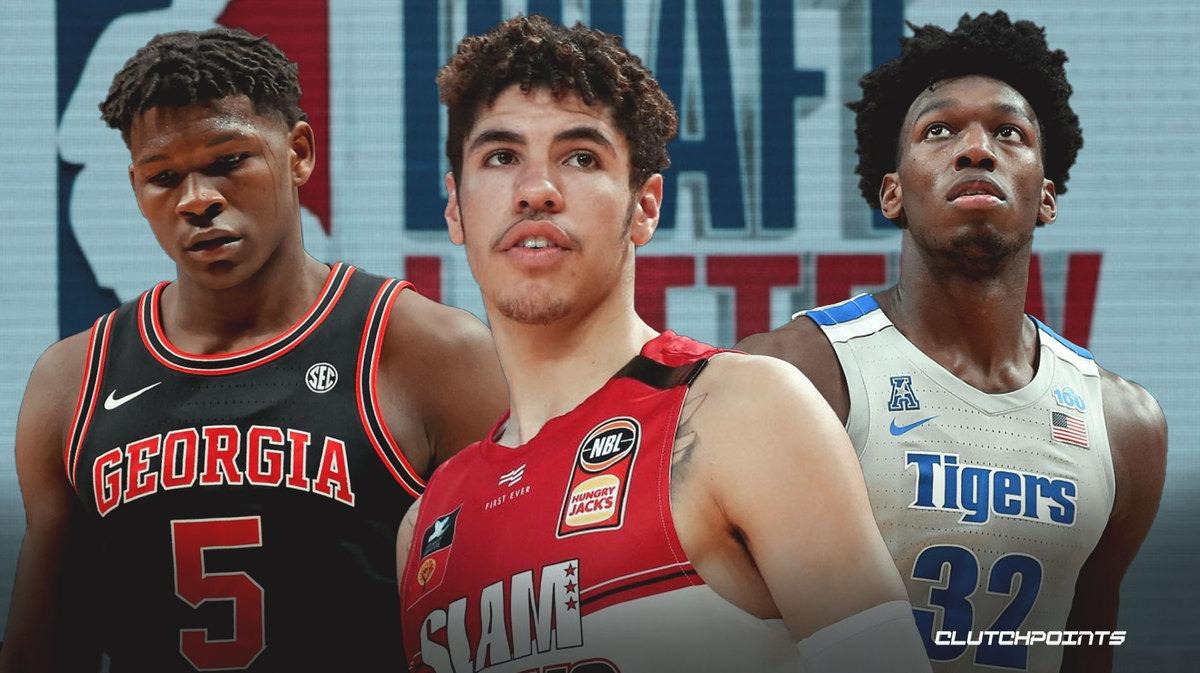 The 2020 NBA Draft Lottery is approaching fast (Thursday), and the Cleveland Cavaliers are sitting in the proverbial catbird seat. After posting a disappointing 19-46 overall record in this campaign, the team is left with a 14 percent chance of landing the No. 1 overall pick, which is tied with the Minnesota Timberwolves and Golden State Warriors.

At this point, there is no clear-cut favorite as to who should be the top-three picks in this year’s group of prospects. It’s a wide-open class, for the most part, and teams will be choosing their players with less information than ever due to the coronavirus pandemic.

In this piece, we’ll take a look at who the Cavs should consider.

That’s right, a member of the Ball family cracks the top five of our list. The Cavs may not need backcourt help right now, as they already have Darius Garland and Collin Sexton running the show. However, there is no denying that LaMelo is gifted on the court. All things considered, he’s worth a look.

At 6-foot-7, Ball is a big guard. Still, he has a knack for creative passing, and his star power is unmatched by any other player in this class.

For our next entry, we’ll stay a bit closer to home. To many experts, Obi Toppin is the best offensive player in this class. The former Dayton Flyer has explosive power, but he also has a clean stroke from the perimeter. Without a doubt, he would bring a certain level of excitement to Rocket Mortgage Fieldhouse.

For his outstanding play at Dayton in the 2020 season, Toppin earned National College Player of the Year honors from several media outlets. Impressively, he averaged 20 points, 7.5 rebounds and 1.2 blocks per game shooting 63.3 percent from the field in his final year with the Flyers.

Okongwu was a four-year starter at Chino Hills High School in California, where he played alongside Lonzo and LaMelo Ball. As a freshman, his team won the state championship, which was the beginning of his national recognition.

A 6-9 forward, Okongwu would give the Cavs a capable young rim protector. Cleveland already has Kevin Love, Tristan Thompson and Andre Drummond in the frontcourt, but Onyeka could be a nice piece for the future. On defense, his size allows him to switch onto a multitude of positions. To many analysts, he is viewed as the best defender in this class.

Edwards, a 6-5 guard out of the University of Georgia, would add instant offense to any team. He has power, shot-making prowess and loads of upside. And though he is predominantly right-handed, he has a soft touch with his left as well. Other attributes of Edwards’ game include ball handling, scoring through defenders and the ability to create space.

In his 32 appearances with the Bulldogs during his freshman season, Edwards turned in averages of 19.1 points on 40.2 percent shooting (29.4 percent from downtown), 5.8 rebounds, 2.8 assists and 1.3 steals in 33.0 minutes per showing.

Although Andre Drummond has signaled that he will likely pick up his $28 million player option, the Cavs should seriously consider Wiseman as a long-term frontcourt player for the future.

In his regular season debut with the Memphis Tigers, Wiseman scored 28 points, 11 rebounds and three blocks in 22 minutes of action. His collegiate story is an interesting one, though.

According to reports, Tigers head coach Penny Hardaway paid for $11,500 in moving expenses to help Wiseman and his family move to the city of Memphis in 2017. The reports were refuted, and a legal battle with the NCAA ensued.

The NCAA ruled that Wiseman would be eligible to return on January 12 after serving a 12-game suspension—if he donated $11,500 to a charity of his choice. However, after missing seven games due to the suspension, Wiseman announced that he would leave Memphis and prepare for the 2020 NBA Draft.

Despite his collegiate story, Wiseman is still viewed as one of the top prospects in this class. At 7-foot-1, he’s long, yet he’s surprisingly fast running down the floor. He’s also active on the glass, but some experts are looking for him to develop his shot a bit more.

If the Cavs are looking for a solid rim protector for the future, Wiseman could be the right man for the job. In three games with the Tigers, he averaged 19.7 points on 76.9 percent shooting, 10.7 rebounds and 3.0 blocks. It’s a small sample size, but these are still impressive numbers.

Avdija broke onto the international scene while playing for Maccabi Tel Aviv. To most experts, he is viewed as the No. 1 international recruit in this year’s class.

Without a doubt, the Cavs will be looking to rebound after a disappointing 2019-20 campaign. Which of these players do you feel best suits the team’s goals for the future?