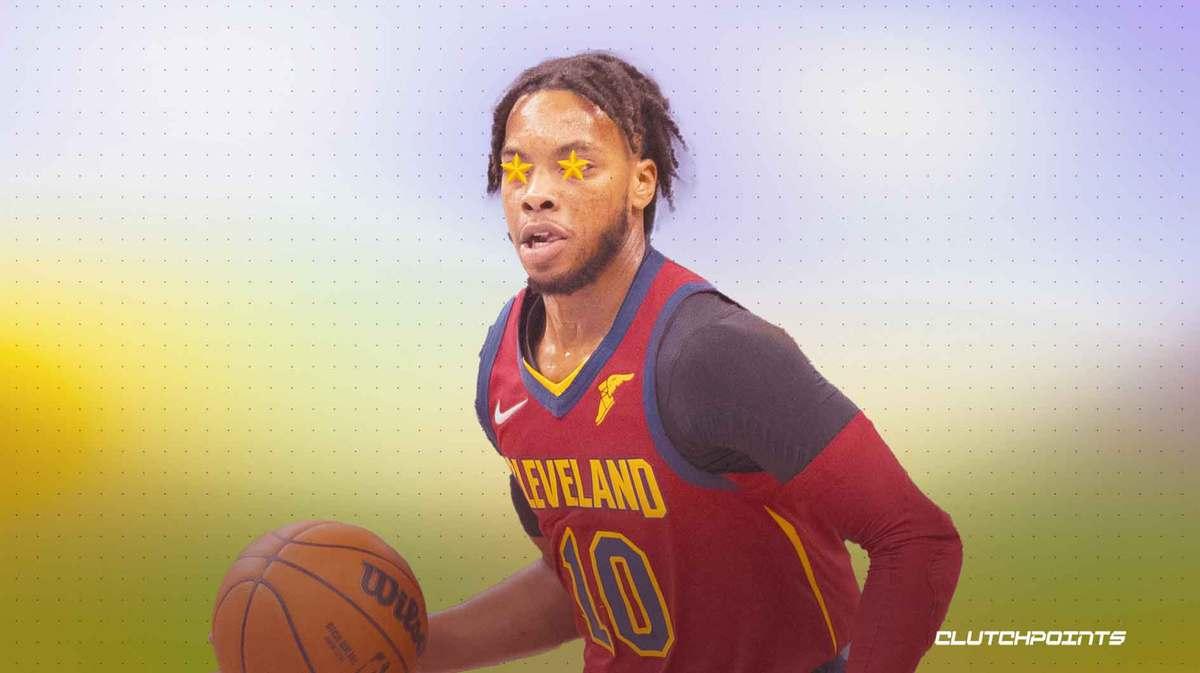 Despite struggling from the field all evening long, Darius Garland came up big when it counted most on Monday night. Garland drilled a big three down the stretch to help lift the Cleveland Cavaliers to a 95-93 home win over the New York Knicks.

The Cavs guard is in the midst of a breakout campaign in his third NBA season. But he is competing with a crop of talented guards in the Eastern Conference. DeMar DeRozan, James Harden, Zach LaVine and Trae Young are probably locks to make the team. That leaves just two possible spots for Garland to make the team over similarly deserving guards like Fred VanVleet of the Toronto Raptors or LaMelo Ball of the Charlotte Hornets.

While the path to the annual showcase of stars is going to be tough, Darius Garland should be a lock to make his All-Star debut in February. Here are four reasons why:

Nobody has come close to even sniffing the All-Star team since LeBron James left town. This season, Cleveland has two possible candidates to get the nod. Aside from Garland, Jarrett Allen is also making his case due to his monster season for the Cavs.

Cleveland is hosting his year’s All-Star festivities. Therefore, it’s only right that at least one Cavalier represents them in the February special this year. If the no. 5 seed Cavs are only afforded one spot, that should go to Garland.

The 21-year old is one of the main catalysts for Cleveland’s Cinderella campaign. The Cavs are arguably the biggest surprise of the 2021-22 season. Sure, some may have predicted them to be in the play-in tournament mix at most, but now at 29-19, nobody envisioned them to be right in the thick of the postseason run.

Cleveland’s resurgence is due in large part to Garland’s breakout campaign. He leads the Wine and Gold in scoring and ranks sixth in the entire NBA in assists. The Vanderbilt product is even doing things no other Cavs player, apart from LeBron James of course, has done in recent memory.

He joins LeBron James as the only Cav with that many assists in a game in the last 20 seasons. pic.twitter.com/rFeEmraLnK

Garland entered Monday’s game against New York with averages of 19.8 points, 3.3 rebounds and 8.1 assists. He is also shooting 46.9 percent from the field, 36.4 percent from three, and an impressive 91.3 percent from the foul line this season. If his numbers stand throughout the year, he is on pace to have a season no other player 22 years old or younger has had in NBA history.

What’s impressive about Garland’s season is that he is able to sustain his All-Star level of play despite losing his two backcourt partners during the season. Collin Sexton tore his meniscus in November. Then a month later, Ricky Rubio suffered a torn ACL.

The injuries to Sexton and Rubio placed much of the offensive burden on Garland’s young shoulders. Despite being essentially a solo act in the backcourt, Garland hasn’t slowed down one bit. Prior to finishing with just 13 points on 6-of-19 shooting against the Knicks, Garland went five straight games scoring 20 points or more. For his efforts, he was named Player of the Week for the first time in his career.

1. The stars are already endorsing him

You know you’re doing something right when some of the league’s top stars are endorsing you. Even prior to the season, Golden State Warriors star Stephen Curry reportedly raved about Garland and predicted him to be a “flat out star.” The kid is proving the two-time MVP right with his magnificent play this season.

#Cavs point guard Darius Garland said that superstar Steph Curry reached out to him a few times this season complimenting him on his year this season. Ditto for LeBron James and Damian Lillard.

If he’s getting this much attention,not just from his peers, but from the game’s top stars, then he deserves to sit at the same table as they will in February.