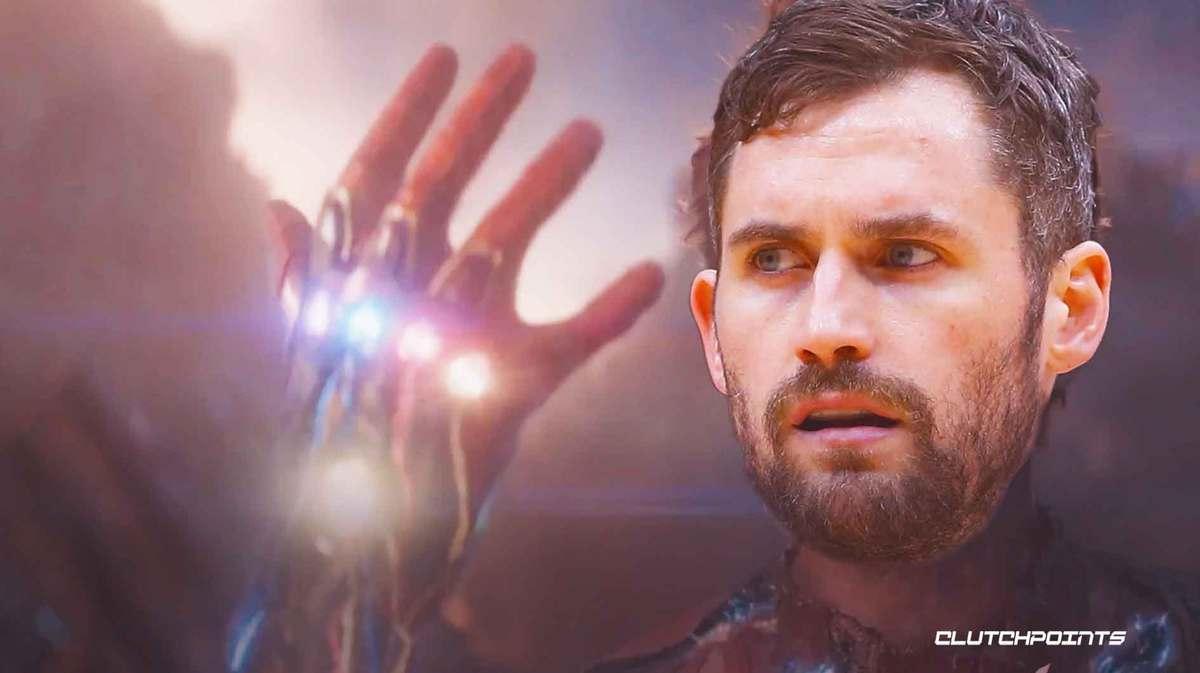 Are we sure we’re already in 2022? Kevin Love is playing like he’s in 2012. The 33-year-old is having a renaissance this season for the Cleveland Cavaliers and has become a major part of the Cavs’ resurgence in their bid to make it back to the playoffs after four years.

Unfortunately, the injury bug has severely hit Cleveland amidst their strong campaign. Collin Sexton went down in early November with a torn meniscus and is done for the season. Ricky Rubio, who was having an incredible season himself and is one of the reasons for Cleveland’s success so far, tore the ACL in his left knee once again and is also out for the rest of the campaign.

With this recent Rubio setback, Love has stepped up big time as the Cavs look for answers to soften the impact of this major blow.

In his latest game, Love dropped a season-high 35 points in their 121-118 loss to the Atlanta Hawks on New Year’s Eve. He also had 11 rebounds, four assists and seven 3-pointers. The five-time All-Star is feeling really good the past five outings, as he has been putting up 2012 to 2014 Kevin Love numbers. Over this stretch, Love has averaged 24.6 points and 9.4 rebounds, while shooting 51.4 percent from the field and 50.0 percent from three.

With that said, Love could be the Cavs’ savior following Rubio and Sexton’s injuries. Here are three reasons why:

Three Reasons Kevin Love Will Be The Cavs’ Savior

Kevin Love has been hitting his 3-pointers at a career rate for the Cavaliers this season. He is shooting 43.0 percent from downtown, making nearly three triples in just 21 minutes per game. Cleveland isn’t a superior 3-point shooting team. They are shooting at just a 35 percent clip as a team this season, which is 17th in the NBA. That’s why the veteran stretch big will be vital in providing outside shooting to a team that will need added spacing.

Cavs coach JB Bickerstaff isn’t shy to mix things up and field in three big men at the same time. He actually starts Lauri Markkanen alongside Jarrett Allen and Evan Mobley. With that said, Love’s ability to stretch the floor, along with Markkanen’s, should give the likes of Allen and Mobley space to operate inside.

Long gone are the days when Kevin Love looked like he didn’t want to be a Cavalier anymore. Remember when Love did this?

He certainly didn’t look like a happy camper there. But as mentioned, those days are in the past and Love looks the happiest he’s been since winning a ring six years ago. For one, Cleveland’s strong campaign so far has likely fueled his spirits this season. That’s what winning does.

Love playing inspired and locked in is good news for the Cavs. He may no longer be the same player he once was when he racked up double-doubles left and right with the Minnesota Timberwolves, or even the key cog that helped the Cavaliers win their historic championship in 2016. Nonetheless, as he showed on Thursday against the Hawks, the he is capable of turning back the clock from time to time.

Love has inserted himself into the Sixth Man of the Year conversation. Being in this spotlight, along with Cleveland’s newfound success of course, seems to be giving him a new lease on his NBA career.

The most obvious asset Kevin Love brings to the table to this budding Cavs squad is his playoff and championship pedigree. As great as Cleveland has been this season, this is still a young team for the most part. They will need guidance and a veteran presence as they go through the season.

The Cavs are somewhat going through a rough stretch right now amidst the Rubio injury. They have lost three in a row and if these losses continue piling up, this could be discouraging for a young squad like Cleveland.

This is where a veteran like Love comes in to right the ship and calm the crew down. The big man certainly showed that in their most recent loss to Atlanta on Thursday. The Hawks went on their massive barrage in the second half and Cleveland wasn’t quite able to hold on to the huge lead they established in the first half. Nonetheless, Love’s assertiveness helped give them a fighting chance down the stretch to come away with the win.

Love has been through everything. He went through the lowest of lows with both the Timberwolves and in these last few seasons with the Cavs. He also reached the apex when he won a title. At 33 years old, Love has a lot left in the tank. And he’ll be vital for the Cavaliers the rest of the way.