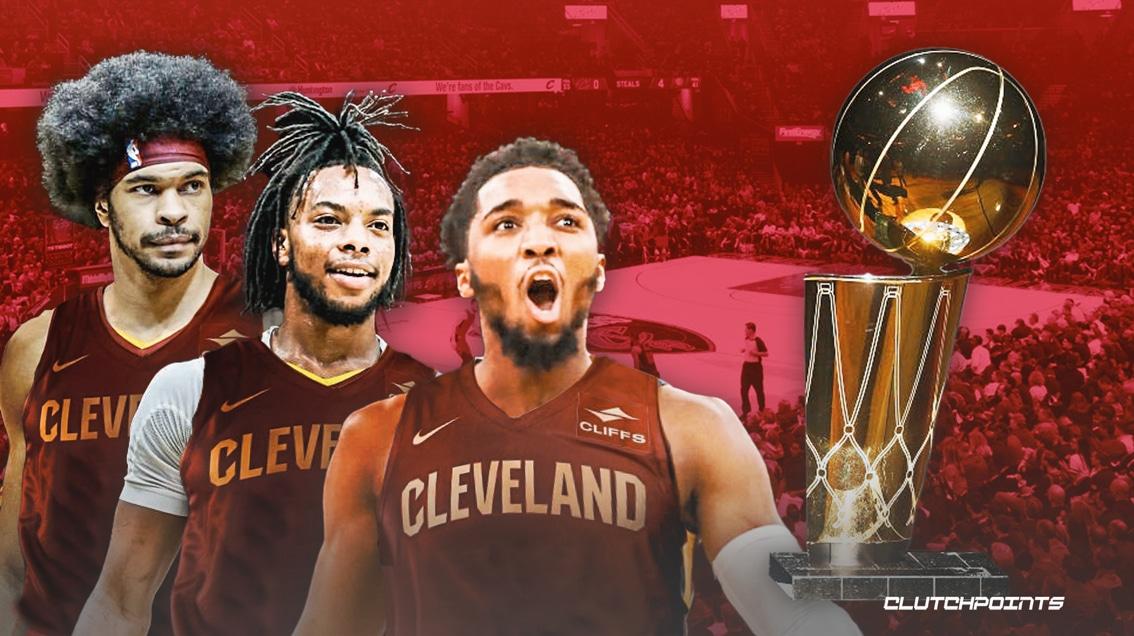 After many months of rumors since Rudy Gobert was traded, Donovan Mitchell is headed to a new team. The Cleveland Cavaliers acquired the three-time All-Star last week in exchange for Collin Sexton (who signed a four-year contract worth $72 million via sign-and-trade), Lauri Markkanen, rookie Ochai Agbaji, three first-round picks and two pick swaps to the Utah Jazz.

Following the trade, the expectations for Cleveland’s 2022-23 season haven’t been this positive since the LeBron James and Kyrie Irving days. Adding a player like Mitchell to a young core of Darius Garland, Jarrett Allen and Evan Mobley might be the final piece of something special.

Throughout his five-year career, Mitchell has averages of 25.9 points, 5.3 assists and 4.2 rebounds, plus 1.5 steals per game. He boasts career pecentages of 44.1% on field goal attempts, 36.1% on 3-pointers, and 83.3% from the free-throw line. He could be the exact piece the Cavaliers need to make the jump from a borderline playoff squad to true NBA Finals contenders.

With that being said, here are three reasons why Cleveland should be title contenders after the Donovan Mitchell blockbuster trade.

3. The Cavs kept their core

The only player who was part of Cleveland’s 2021-22 rotation that was involved in the trade was Lauri Markkanen. Last season, the Finnish forward averaged 14.8 points and 5.7 rebounds with shooting splits of 45-36-87. At face value, Donovan Mitchell should be able to almost double Markkanen’s points per contest.

But most importantly, the team kept their best players in the trade. Darius Garland and Jarrett Allen just came off their first All-Star seasons and Evan Mobley was really impressive as a rookie. All three of those guys will be around to welcome Mitchell to the squad.

Additionally, the team also kept Kevin Love, a veteran with a similar play style as Markkanen. Last season, the former champion adapted well to his new role in the organization, becoming one of the best sixth men in the league. Cleveland also brought back Ricky Rubio, whose injury seriously affected the Cavs’ playoff hopes last year.

The team went 44-38 without Mitchell. With him, things can only get better. Expect this team to go over 50 wins in the upcoming season.

While he wasn’t named Rookie of the Year, Evan Mobley was clearly one of the best rookies in his class. The Cavs’ power forward averaged 15.0 points, 8.3 rebounds and 2.5 assists, plus 1.7 blocks in his debut season, while shooting 50.8% from the field.

Still, Mobley’s game might have been limited by Lauri Markkanen’s presence. Having two young forwards with something to prove last season did not allow the rookie to fully expand his game. Yes, Mobley played very well, but everything points to an even better 2022-23 season.

The former USC Trojan will have more chances to develop his 3-point shooting with Markkanen out of the mix. As a rookie, Mobley hit 23 of his 92 attempts from behind the arc. Not very great, but definitely showed some promise. With Mitchell in Cleveland, Mobley should get better looks at the basket, and could trickle out to the perimeter for some good looks at a corner 3.

If that happens, opponents should be scary to face the Cavaliers. Not only they will have to face Mobley and Allen at the rim, but also Mobley in the perimeter. He would then become an elite dual-threat player, and it all started with the Donovan Mitchell trade.

1. The Mitchell-Garland backcourt is just scary

How many teams can say they have a backcourt with two All-Stars? Maybe the Golden State Warriors with Stephen Curry and Klay Thompson and not many others. Well, the Cavaliers just became one of those.

Garland was already very impressive without an offensive threat as a backcourt partner. Adding Mitchell to that backcourt will be a big problem for opposing teams. Both are lethal scorers that can create their own shots.

But perhaps most importantly, Mitchell is a perfect complement for Garland’s game. The former Commodore is an excellent passer, averaging a career-best 8.6 assists last season. Adding Mitchell gives him another option to pass to. Also, teams won’t be able to double any of the Cavaliers’ players. With four All-Star level starters in Mitchell, Garland, Allen and Mobley, leaving any of them open is a crucial mistake.

The Mitchell-Garland duo could likely provide 50 points per night. With a backcourt like this, Cavs fans should start thinking beyond battling for a playoff spot, perhaps even a trip to the NBA Finals after five years.