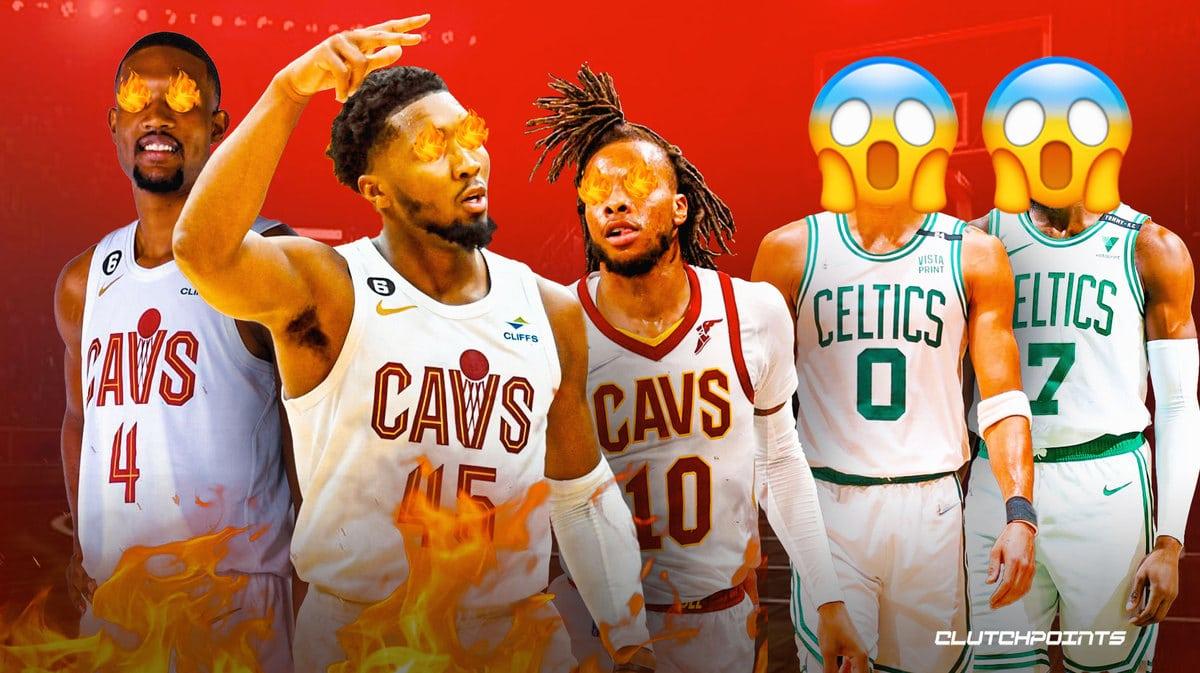 The Cleveland Cavaliers may have failed to make the playoffs in 2021-22 despite a hot start to the year. However, this 2022-23 campaign is bound to be different, especially with a new weapon in their arsenal and a more cohesive unit that has been battle-tested after a grueling season together.

Cleveland has already begun to show their strength, going 2-1 in the first week of the new NBA season. In fact, they could have easily been 3-0 had they not lost Darius Garland to an eye injury in their opener against the Toronto Raptors.

Regardless, the Cavs are proving to be the real deal, and they haven’t even reached their peak yet. Once they do, Donovan Mitchell and Co. could very well cause serious trouble to the reigning conference champions Boston Celtics.

With that said, here are three reasons why the Cavs are a threat to the Celtics, as well as to the rest of the East.

As cliché as it may sound, there is no denying that defense plays an important role to winning. No matter how good your offense is, you will always be in trouble if you can’t make stops. In the last four seasons alone, the team that ended up winning the championship ranked in at least Top 10 in defensive rating. The Golden State Warriors were the second-best defensive team in the regular season during their championship run in 2021-22.

The Cavs, at the time of writing, possess the fifth-best defense in the NBA. The Celtics? Well, they are just 24th and really struggling to make key stops despite their incredible offensive dominance.

Of course things will change and there’s a good chance the Celtics’ best-rated defense in 2021-22 eventually returns. Nonetheless, Cleveland should only improve as well. With two elite big men in Jarrett Allen and Evan Mobley, they are only getting scarier day by day.

Allen has been a major defensive lynchpin for Cleveland since his arrival, and that remains to be the case. As for Mobley, he continues to display why everyone consider him a generational talent on that end of the floor.

The Celtics and the rest of the East will surely have tons of problems scoring against this group whenever they face each other.

2. The Cavs are shooting the lights out!

If there is one thing we learned about the Golden State Warriors, it’s the fact that you need to have good 3-point shooting in order to win. The Cavs have plenty of that.

In fact so far in the season, Cleveland is leading the league in 3-point percentage at 44.3 percent. The Celtics are trailing way behind at 38.7 percent, though some East teams like the Charlotte Hornets, Toronto Raptors and Milwaukee Bucks are making huge strides in this department.

The good thing is that the Cavs are deep in this area. For one, Cedi Osman, Caris LeVert, Kevin Love and Dean Wade have been really good with a combined 26-of-49 shooting from beyond the arc. That is a 53.1 percent shooting clip!

Even better, among those four, only LeVert is the starter. Everyone knows Garland and Donovan Mitchell can score from distance, but having more reliable shooters coming off the bench is definitely a big plus.

1. These Cavs are DEEP

Speaking about talent quality and depth, the Cavs’ starting unit and bench quality are really not one to ignore. After all, in their Starting 5 alone, they already have three All-Stars in Darius Garland, Donovan Mitchell and Jarrett Allen. Then there is Evan Mobley, who is more than capable of being an All-Star as well.

Furthermore, we shouldn’t forget about Caris LeVert. While he has a decreased role with the Cavs considering the offensive firepower they have, it is worth noting that this is a guy who was averaging nearly 20 points per game before his arrival in Cleveland. He can still make buckets, and if given more opportunities, it’s not hard to see him reverting to his scoring ways.

Coming off the bench, there is the defense-first guard in Isaac Okoro and scoring wing Cedi Osman. Osman is averaging 16.0 points per game so far, and he could very well find himself in the Sixth Man of the Year conversation with his current play.

As mentioned earlier, there’s also Love and Wade who are providing spark off the bench with their shooting. Add them with other solid veterans like Robin Lopez, Raul Neto and Ricky Rubio (still injured) and you have a team that can contend with the top dogs and go deep in the playoffs.

The Celtics are the team to beat in the East this year, and there is no denying that Jayson Tatum and Jaylen Brown have both elevated their games. However, even their experienced squad cannot be too complacent against a young Cavs squad hungry to prove that they can succeed even without LeBron James.