Would a 3-peat have kept LeBron in Miami? 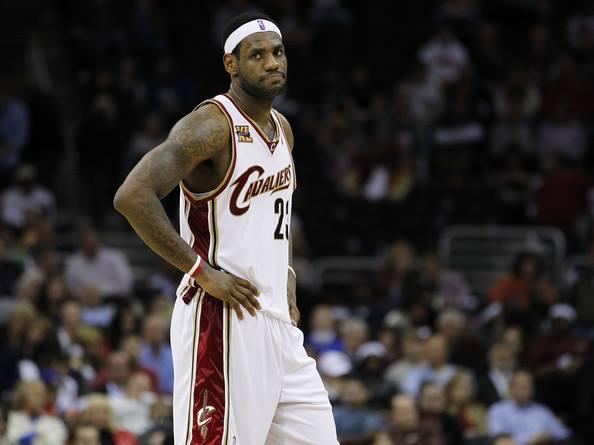 Last year, LeBron James was a 2-time NBA champion with the Miami Heat. Winning in back-to-back seasons, LeBron had the grand chance to complete a three-peat and win his 3rd consecutive championship. However, what happened in the 2014 NBA Finals was a complete turnaround from what was expected; the Spurs dismantled the Heat in 5 games, winning by an average of 18 points, including 19-point and 21-point victories in Miami for games 3 and 4. The triumphant Spurs sent Miami packing with an eventful offseason ahead of them. As they anxiously anticipated, LeBron James’ would opt out of his contract and scour the league to make a career-impacting decision.

Even though Miami was confident in its chances to retain LeBron James, Dwyane Wade, and Chris Bosh were very high, there were signs hinting at separation. The first was the salary cap situation in Miami. With the salary cap for the 2014-15 season set at $63.1 million, James, Wade, and Bosh all had to opt out of their current contracts they signed back in 2010 that would amount to over $60 million in the 2014-15 season. Opting out and signing for less was necessary in order to sign better players in the offseason and entice James to return to Miami. Although Bosh wanted a 5 year deal at around $90 million, he was once again willing to take a pay cut if it meant LeBron James was back. Bosh did however, have other suitors in line to give him the deal he wanted. Had the Heat agreed with Bosh on a deal around $15 million/year, Wade for $8 million/year, and given LeBron the max contract that he desired at $22 million/year, Miami wouldn’t have had enough cap space to lure free agents like Pau Gasol, Kyle Lowry, and Luol Deng.

{adinserter 2}James ultimately decided that he wanted to return to his home-state of Ohio to play for his Cleveland Cavaliers. The Cavs did have the rising star in Kyrie Irving as well as up and coming players Dion Waiters and Tristan Thompson. They also had the financial flexibility that would allow him to not only sign the max contract he greatly desired, but also to sign another superstar to play alongside them: Kevin Love. With Irving being the only player signed through 2016 and the Cavs not having signed any bad contracts, Cleveland was in an excellent position to sign a superstar and multiple role players as they attempted to get back to the playoffs and hopefully the NBA Finals. Following James’ arrival, Cleveland signed Mike Miller, James Jones, and acquired Kevin Love in a trade for Andrew Wiggins and Anthony Bennett.

Had LeBron James won a 3rd consecutive title with the Heat, the odds of him staying, although higher, could be debated. Considering the age factor of Miami’s superstars (Wade would be 32 years old, Bosh would be 30) as well as the team’s financial inability to sign helpful role players, James was likely to leave Miami anyways. Leaving a team that won 3 consecutive championships is tough, but without the necessary role players, Miami wouldn’t have that great a chance at winning for a 4th consecutive time.

With Kyrie Irving being an up and coming superstar at the age of 22, Waiters at 22, Thompson at 23, and even Kevin Love at 25, Cleveland had a bright young future. In the end, both the Cleveland Cavaliers and the Miami Heat benefited from James’ departure from Miami. Bosh leaned towards Houston following James’ departure before the Heat offered him a 5 year, $118 million contract which he immediately accepted. The Heat later signed Dwyane Wade, Josh McRoberts, Danny Granger, Luol Deng, Chris Andersen, Mario Chalmers, Udonis Haslem, and rookie Shabazz Napier. In addition to Kevin Love, Cleveland was able to bring in Mike Miller, James Jones, Shawn Marion via free agency to join LeBron James, Kyrie Irving, Anderson Varejao, Dion Waiters, and Tristan Thompson.

Just from a practical standpoint, it doesn’t make sense to think that LeBron’s statement of a higher chance of staying in Miami negates from the sentiment in his return. LeBron’s time was running out in Miami, and the possibility of him coming home just became more clear as if it were meant to be.