3 reasons Cavs are for real after hot start 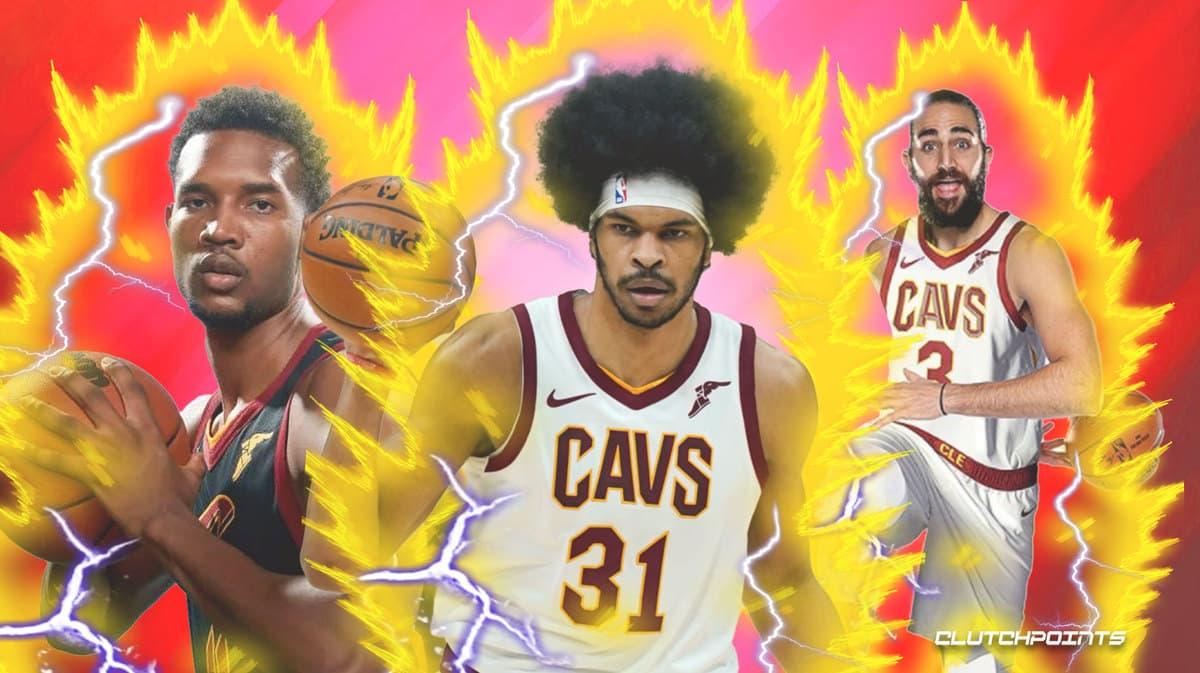 The Cleveland Cavaliers are off to a noteworthy start to their 2021-22 campaign. Similar to their early-season performance from 2020-21, the young Cavs have been able to collect wins against playoff-caliber teams in the Atlanta Hawks, Denver Nuggets, and L.A. Clippers.

This campaign, Jarrett Allen, a midseason acquisition last season, has been brilliant. He is the prototypical big man in the current style of play in the NBA. Third overall selection Evan Mobley has been phenomenal as well, serving as the perfect complement to Allen.

With the Cavaliers’ hot start, here are three reasons why they are playing at a high level.

Evan Mobley is leading the Rookie of the Year race

Cade Cunningham and Jalen Green were the consensus top two picks in this year’s NBA Draft because of their sheer athleticism and all-around skill set that is ready for the big league. Mobley, on the other hand, was heavily underrated despite his two-way abilities that are very instrumental at the NBA level. Now, he’s making believers out of everyone.

At seven-feet tall, Mobley’s mobility to switch on guards in pick and roll schemes causes headaches because of his long wingspan and surprising speed.

The frontline of Allen and Mobley have impeccable shot-blocking prowess too, and they have proven that they could be effective on the offensive side of the floor despite their lack of shooting accuracy. Mobley plays the majority of his minutes alongside Allen as he has been flourishing under the system of Cavaliers coach JB Bickerstaff. Mobley’s vertical leap and intelligent moves inside the paint open up the floor for Garland and Sexton.

Cunnigham, Green, and even Scottie Barnes will make the Rookie of the Year race interesting, but Mobley is on the right track to claim the award with his efficient two-way capabilities. Despite sliding down to the no. 3 pick, the Cavaliers were still able to select a franchise cornerstone who has immense potential.

Getting Ricky Rubio for a cheap deal

Rubio had heightened expectations ever since he entered the NBA because of his fabulous stint in the Euroleague for FC Barcelona. Unfortunately, he suffered a torn ACL in the early juncture of his career with the Minnesota Timberwolves. He has not been the same ever since, but Rubio has been a catalyst for the Cavaliers in their 3-2 start.

The Wine & Gold acquired Rubio for Taurean Prince and a second round pick in the offseason, which is currently looking like a steal. Rubio has been averaging 14.4 points, 7.8 assists, and 1.0 steals, while adding 1.8 three-pointers per outing. Garland has missed two games already, but the addition of Rubio to shore up their backcourt has mitigated the weaknesses of the Cavaliers. With Rubio and Kevin Love mentoring the young core, the squad has a chance to compete for one of the play-in spots in the Eastern Conference.

Two of the key cogs of the Cavaliers had distinctive differences with their offseason moves as Sexton felt he is worth more than what the team was offering him, while Allen is locked up with this franchise for the next five years.

Sexton’s name has been circulating in trade rumors because of the Cavaliers’ hesitancy to pair him with Garland for the long term. Sexton was in consideration for a reserve role in the All-Star Game last season as his performance this year might give the front office second thoughts on sticking it out with him. He will be a restricted free agent in the offseason, and the Cavaliers can match any offer sheet he will sign.

In the James Harden deal, acquiring Allen and Prince for Dante Exum and a 2022 unprotected first round pick was another steal for Cavaliers general manager Koby Altman. Right from the onset, Allen has been fantastic to supplement the squad, thus receiving the guaranteed long-term extension worth $100 million. He’s a big man that could pair well with Garland, Sexton, and Rubio because of his pick-and-roll IQ and finishing lob threats over the rim.

The Eastern Conference is deep compared to the prior years so it will be tough for the Cavaliers to sustain their early success. Garland and Isaac Okoro must still improve on their production for the team to continue to improve and become a real threat.

But with the way the Cavaliers have mightily struggled since LeBron James left for the second time, their current campaign already looks like a cause for celebration.