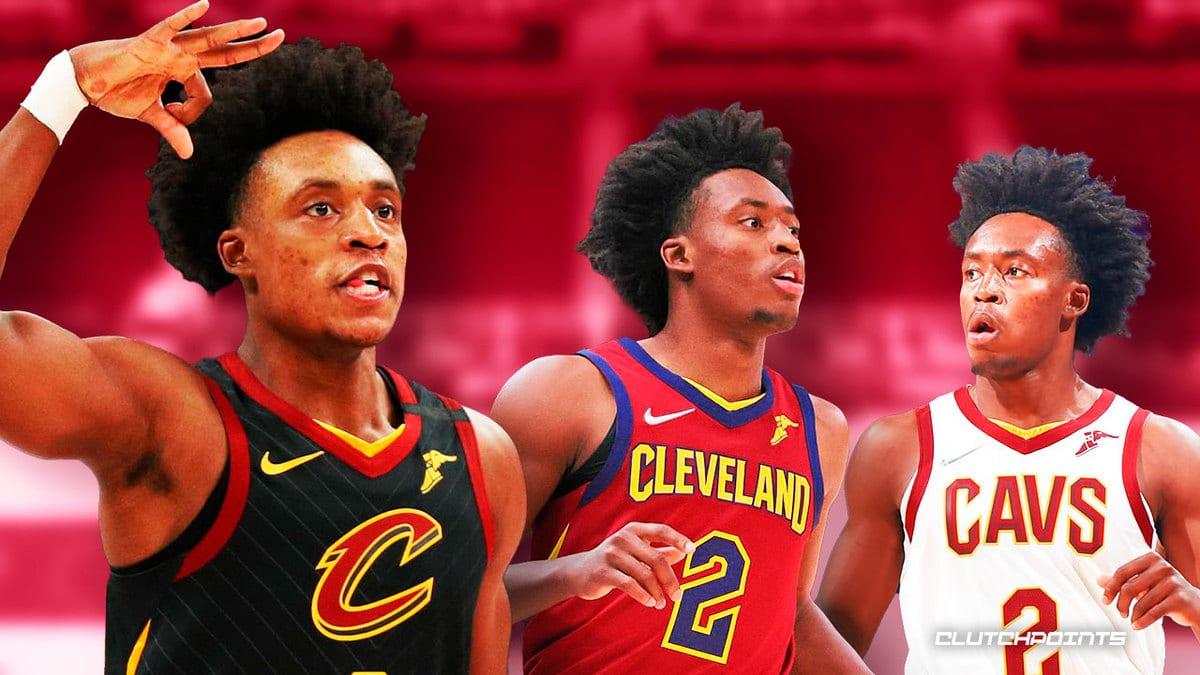 After months of uncertainty and rumors, Collin Sexton finally has a new home in the NBA. The young guard was involved in a sign-and-trade deal with the Utah Jazz, which led All-Star Donovan to the Cleveland Cavaliers. In addition to Sexton’s four-year deal worth $72 million, Utah also received Lauri Markkanen, rookie Ochai Agbaji, three first-round picks and two pick swaps.

While the Cavaliers seem to be building a team with high expectations, the Jazz are entering a full-blown rebuilding phase after trading away Mitchell and three-time Defensive Player of the Year Rudy Gobert. Because of that, young players will have the chance to shine in Utah, with Sexton headlining the group.

Although it might take a while for Jazz fans to see the team back in playoff contention, the long-term future seems bright in Salt Lake City—and Sexton’s presence is one of many reasons why.

Yes, he missed the vast majority of last season with a torn meniscus in his left knee, but Utah should be excited about bringing in Sexton regardless. Even at a young age, he already put together many moments worthy of an NBA highlight reel.

With that being said, here are Collin Sexton’s top three moments with the Cleveland Cavaliers over the past four seasons.

Many rookies tend to struggle in their first Summer League action, completely understandable given the uptick in pace and physicality of the NBA game. However, some players break the mold and go off right away.

The former Alabama Crimson Tide guard was selected eighth overall in that year’s draft after averaging 19.2 points per game in his lone collegiate season. He was named the Southeastern Conference Freshman of the Year and earned Second Team All-SEC honors.

Sexton took the spotlight in Cleveland even before he took the court. One year after the controversial trade request by Kyrie Irving, the rookie became the first Cavalier since the 2016 champion to wear No. 2. Comparisons between the pair inevitable, and Sexton lived up to them in Las Vegas.

Sexton led all players with 48 field goals made and 112 attempted in his Summer League debut, averaging 19.6 points, 3.6 rebounds and 3.4 assists across seven games. He scored at least 20 points in four games, including double-overtime loss in the Summer League semifinals against the Los Angeles Lakers.

Despite the Cavaliers’ elimination, Sexton had big moments such as a game-tying three-pointer to force overtime and the clutch free throw to force the second extra session. He ended up being named to the First Team All-Summer League, ahead of future All-Star Trae Young.

Even though things did not work out as expected, Sexton gave Cleveland fans some hope with a great first impression.

Comparisons between the Sexton and Irving kept coming after Summer League. Would the Alabama product ever become a franchise guard?

One moment in his rookie campaign gave the impression Sexton could indeed be Irving’s successor. In a road loss to the Miami Heat, the young guard hit not one but two milestones. With his game-high 27 points, Sexton eclipsed the mark of 1,000 points in the NBA in just his 66th game a professional.

Most importantly, he broke Irving’s record of most three-pointers made by a Cavaliers rookie. While the Irving splashed 73 triples in 2011-12, Sexton finished his rookie campaign with 119 makes from beyond the arc. He also shot an impressive 40.2% on threes, slightly better than Irving’s 39.9% during his first year in the league.

Sexton would earn All-Rookie Second Team honors in 2018 behind Young and Luka Dončić. His rookie season in Cleveland flashed his potential, but injuries limited what he could do during his time as a Cavalier. If Sexton was fully healthy and paired with Darius Garland, the Cavs could have had one of the best young backcourts in the entire NBA.

All eyes were on the Brooklyn Nets for their matchup against the Cavs on January 20th, 2021. The team had recently acquired James Harden, creating the scariest Big 3 in basketball at the time with Kevin Durant and Kyrie Irving.

Expectations were high that day. It was the first time all three stars would play together in Brooklyn’s uniform, and all three had outstanding performances. Harden recorded a 20-point triple-double, Irving had 37 points and Durant had a 38-point double-double.

The problem was that Sexton was on the other side.

YOUNG BULL COULD NOT BE STOPPED pic.twitter.com/MeBttn6uDa

The young guard had arguably the best game of his career against Brooklyn, scoring a career-high 42 points on 16-of-29 from the field and making five three-pointers. He came up biggest when it mattered most, too.

Sexton hit a three-pointer with just over a second remaining in the game, tying and forcing a second overtime. But the best had yet to come. Combining both overtimes, Sexton ended up scoring 20 straight points for the Cavaliers. Because of him, Cleveland was able to open a lead late in the game and close out with an upset victory over the Nets.

Even though Brooklyn’s Big 3 was making all the headlines prior to opening tip, Sexton was the one who shined brightest—by far his finest moment as a Cavalier.