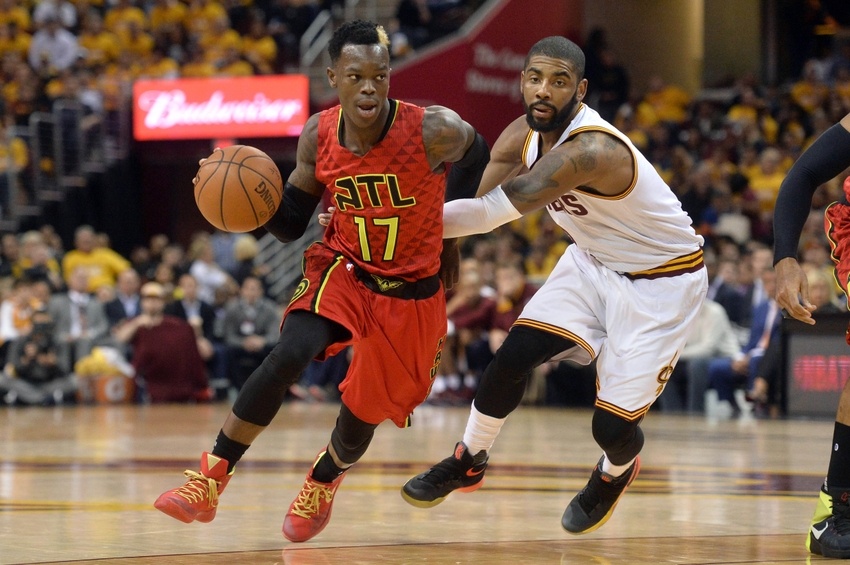 UPCOMING MILESTONES: Kyrie Irving needs seven more field goals to hit 3,000 in his career, becoming the 8th player in franchise history to do so. LeBron James needs six more steals to claim 19th most in NBA history, passing Paul Pierce. In addition, J.R. Smith needs eight more steaks to have made 900 in his career.

After an embarrassing 114-100 loss to the shorthanded Atlanta Hawks on Friday, the Cavaliers have just three more games before the end of the regular season. Right behind the Cavaliers in the Eastern Conference are the Boston Celtics, who currently sit just a half a game behind. The magic number to clinch the first seed is just two for the Cavaliers – meaning any combination of two Cavaliers wins or Celtics losses guarantees that Cleveland takes the top seed. With their win against the Cavaliers, the Hawks are now 41-38 and currently sit with the fifth seed, clinching a playoff spot regardless of how the race between the Indiana Pacers, Chicago Bulls, and Miami Heat plays out. With most of the Hawks starters slated to be back in action tonight, taking revenge for Friday becomes a bit harder for the Cavaliers.

This season, the Cavaliers have faced off three times against the Hawks. On November 8th, each of the big three dropped over 20 points (Kyrie Irving: 29 points, Kevin Love: 24 points, LeBron James: 23 points), but the Hawks were able to match with three of their own players putting up over 20 each. Dennis Schroder’s 28, Kent Bazemore’s 25, and Paul Milksop’s 21 helped to lift Atlanta to a 110-106 victory due in part to the Cavaliers never being able to regain the lead after being outscored by 11 points in the second quarter. March 3rd was a different story – without Kevin Love, Kyrie Irving dropped 43 and LeBron James added 38 points and 13 rebounds as the Cavaliers led wire-to-wire to win 135-130, despite being outscored by 13 points in the fourth quarter. In this game, the Cavaliers made 25 three pointers on 46 attempts (54.3%) as they set an NBA record for most threes made in a game. Most recently, despite having the Big Three and the Hawks without  their starting lineup (due to injury or rest), the Hawks towered to a 114-100 victory led by Tim Hardaway Jr.’s 22 points on 64.3% shooting.

As a team, the Hawks have struggled inside – they have the sixth worst field goal percentage within the restricted area (59.7%) and the single worst shooting percentage in the paint outside the restricted area (36.6%). They haven’t been much better from three, as they have shot 34.1% – sixth worst – from beyond the arc. On Friday, though, the Cavaliers defense allowed them to make 16 of their 37 attempts from three (43.2%). One range they have found relative success in this season has been on deep mid-range shot (16-24 feet), where they average a fifth-best 43.1% shooting percentage. Defensively, with their 8.3 steals per game (fourth best) and 16.9 deflections per game (fifth best), they have forced their opponents into the second most turnovers per game – 15.5. In addition, they have held their opponents to the fifth lowest field goal percentage – 44.5%. The Cavaliers were able to score inside on Friday, netting exactly half their points inside the paint and scoring 10.4 more points there than their season average. However, they held the Cavaliers to 9-36 (25.0%) from beyond the arc. In total, they have the fourth best Defensive Rating – the number of points allowed per 100 possessions.

Tipoff is set for 3:30 EST and will be broadcast on FOX Sports Ohio and NBATV.