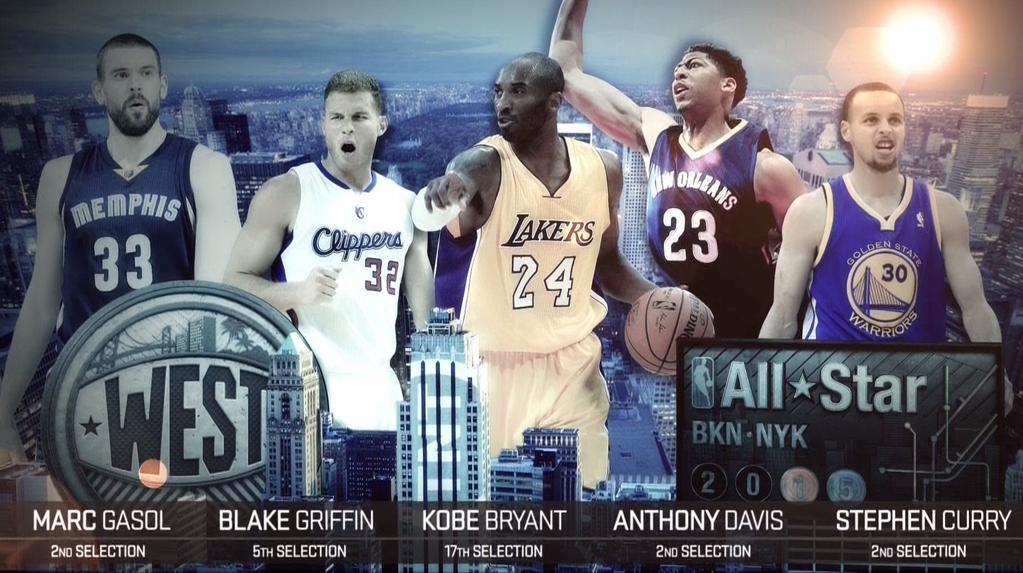 The West has been the powerhouse conference for more than a decade and this year is no different as they parade their own set of giants, wily guards, and hard nosed veterans. Had it not been for Kobe Bryant`s injury, they would have featured two living legends on their roster, but having Tim Duncan on your team doesn’t hurt at all. The West squad will have all the license to shoot from long distance with its bevy of gunslingers whose confidence will only be amplified by their own titans who are ready to dominate the paint.

Here are your 2015 Western Conference All Stars, ready to invade the East Coast in New York. We begin with the Starters:

Griffin is having an excellent season once again with the Clippers as the playoff expectations have mounted in LA. He was voted as a starter, but the high end resident of Lob City will have sit this one out due to a staph infection surgery on his right elbow. 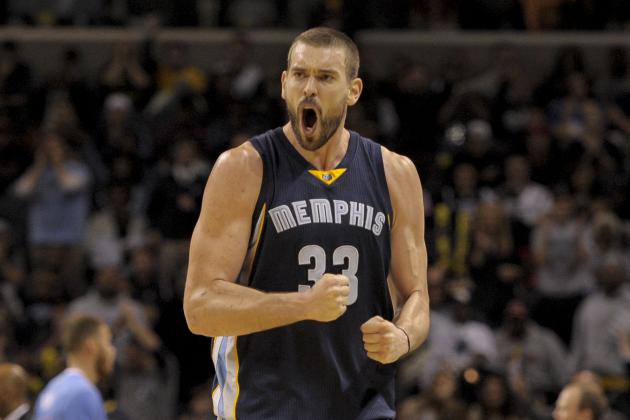 While the older of the Gasol brothers is having one of his better seasons, the younger brother is undoubtedly enjoying a career year while leading Memphis to one of the league`s best records. Marc Gasol has been doing it all, displaying a rare combination of brute force and finesse rarely seen in NBA big men nowadays. The towering Spaniard is a legit MVP contender and he will look to dominate his older brother in the opposing conference Pau come Sunday. If New Orleans had a much better record, Anthony Davis would have easily been the favorite to win this season’s MVP honors. “The Brow” is having one of the most efficient statistical seasons in recent memory and still hasn’t tapped into his full potential. Davis will have his hands full defending the paint against all the East`s slashers, but I have a feeling that he`s nowhere near daunted by the challenge. Kobe Bryant came into the season ready for the 82-game marathon, but played just 35 before going down with a torn rotator cuff in his right shoulder. espite suffering a season-ending injury early in the season, The Black Mamba still got an insane amount of votes to make him a starter. Unfortunately, he won’t be competing in this year’s game. Simply put, Stephen Curry can make a shot from anywhere on the court. He`s one of the best offensive talents in the league and he has more ways to put up a shot than words that I can say to describe his talent. He makes difficult plays look easy thus a lot of people believe that he’s currently the best point guard in the NBA. Not many people can argue against that, which is why he was the top vote-getter in this year’s All Star voting. LaMarcus Aldridge has proven to everyone just how tough he is by foregoing surgery for a torn ligament in his thumb to play out the season. He`s been a pillar of consistency for Portland this year and nothing’s going to stop him from competing. Aldridge may want to take it easy during the break, but you can expect to see him out there competing on Sunday night. The Big Fundamental has been the big constant for the Spurs’ winning ways. Outside of LeBron James, he’s definitely the most decorated player in this year`s All Star game. The future Hall of Famer doesn’t turn in highlight after highlight, but his style of play may become a lost art when the smoke clears because of the evolution of today’s NBA big men. The former MVP is probably the West squad`s best player despite not being voted a starter. Kevin Durant may have started this season on the wrong foot causing him some soreness and inconsistencies, but everyone knows that when it really matters, all eyes will be on “Durantula”. Besides, a KD-LeBron matchup never gets old. James Harden is currently leading the league in scoring and is also one of the frontrunners for this year`s MVP plum. He`s got those old school moves and he goes to the line at will. He`s so good on offense that people simply brush off his defensive lapses and that jumper off the jab step is simply unstoppable. We’re not used to seeing Chris Paul coming off the bench for the West All Stars, but that`s not a knock on him. The crop has simply improved by leaps and bounds. However, CP3 still has what it takes to outplay any point guard in the league on any given night with his superb consistency, ball-handling, and control of the offense. They say hindsight is 20/20. Such is the case when looking back at the Warriors decision to keep Klay Thompson away from Minnesota. This Splash Brother has been nothing short of spectacular so far and his season is currently tipped by his record-setting performance against the Kings where he scored 37 points on a perfect 13-13 shooting in the third quarter. This is Klay’s year and there`s no cooling off those hands of his. Russell Westbrook is probably the league`s most athletic and exciting point guard. He has a killer`s mentality coupled by supreme confidence. Oklahoma takes the exceptional good with the occasional bad when it comes to Westbrook, but there’s not one bit of complaint from his team especially with the way he has carried OKC when Kevin Durant was sitting. Many deserving players were left off of the All Star list like Damian Lillard, Mike Conley, DeMarcus Cousins, DeAndre Jordan, Rajon Rondo, and Dirk Nowitzki. Due to the injuries of Kobe Bryant and Blake Griffin, Adam Silver and the NBA have named two replacement All Stars to play in their stead. Here are the two injury replacements for the West:

Despite being named a replacement for the injured Kobe Bryant, there’s no denying the effort that DeMarcus Cousins has put in to become a leader for the Sacramento Kings. His gaudy numbers are absolutely through the roof for a reserve and he’s finally looking to start turning the corner as far his head goes. The sky is the limit for a locked-in DMC. Come All Star Sunday, look for Cousins to showcase his wide range of skills against fellow standout big men.

It’s been quite a trip for Damian Lillard to get himself to the All Star Game. Don’t let the fact that he replaced the injured Blake Griffin fool you. Lillard is simply money this year and the West is just too deep to get everyone in on the party. Expect Lillard to play with the purpose that is to send a message that forgetting him the first time around was a big mistake.