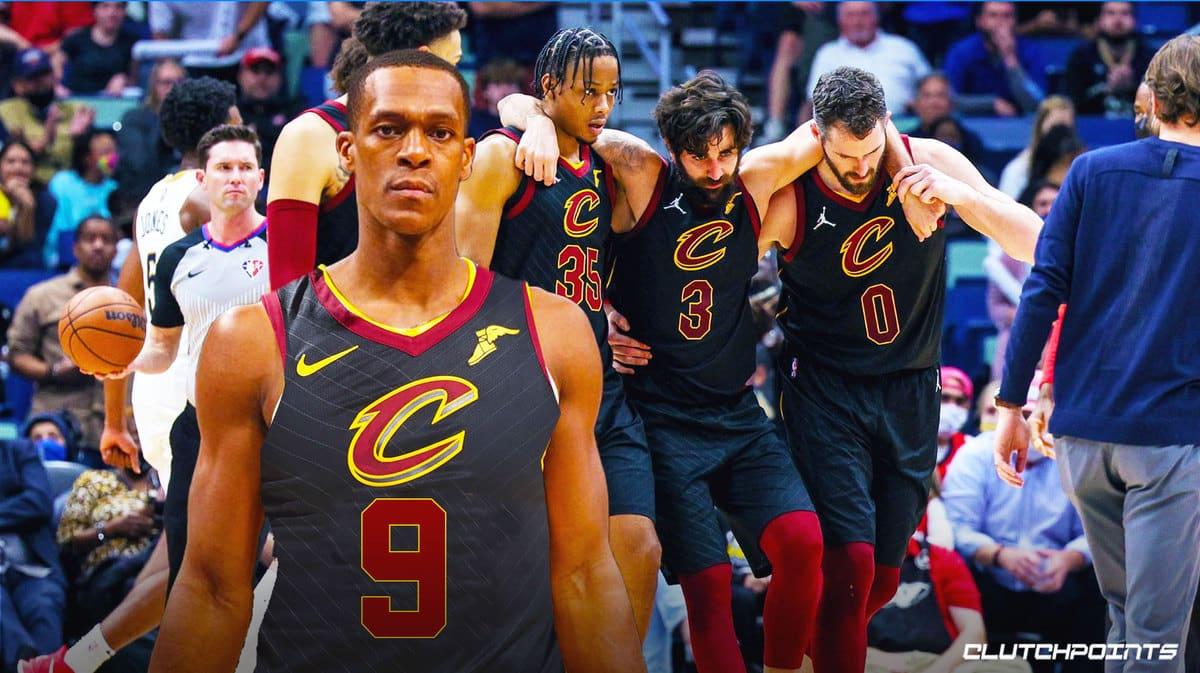 The Cleveland Cavaliers are in search of answers in the aftermath of Ricky Rubio’s devastating torn ACL injury in his left knee. With the Spanish point guard done for the season, the Cavs are turning to Rajon Rondo, completing a trade with the Los Angeles Lakers for the veteran. Rubio was in the midst of a magnificent campaign with the Cavaliers, turning in a career-best 13.1 points, 4.1 rebounds, and 6.6 assists per game. More importantly, the 31-year-old provided the necessary veteran leadership this Cavs team needed amid their resurgence this 2021-22 campaign.

Rubio had been such a key cog in Cleveland’s attack that helped them race out to a 20-13 start with him active and healthy before losses in the last two games. With him suddenly done for the year and Collin Sexton already on the shelf, the Cavs needed help at point guard.

Here are two reasons why Rondo is exactly who the Cavs need to soften the impact of this Rubio injury.

Much like Rubio, Rondo will bring that savvy veteran guard leadership the Cavs need. Darius Garland has been a revelation this season, but he alone can’t spearhead this Cleveland offense by himself. As mentioned, Collin Sexton is done for the season with a torn meniscus. Now with Rubio out, the Cavs will need another ball handler who can help ease the playmaking load off Garland.

Rondo is also a proven winner. At 35, he’s certainly no longer the four-time All-Star who played with the Boston Celtics. Heck, he probably isn’t the same player who helped the Lakers in their championship run a couple of years ago. The veteran has struggled this season.

Nonetheless, Rondo, who turns 36 in February, should be able to bring a lot of the intangibles that Rubio brought to Cleveland. He may not be able to provide the scoring punch that the Spaniard brought at times, but his playmaking, defense, and leadership will go a long way in keeping this Cavs team on track to making a return to the postseason.

It’s quite easy to see why Cleveland targeted Rondo to replace Rubio. In a lot of ways, both point guards have similar playing styles. While Rubio is much younger and looks more spry, Rondo is the same kind of player you could plug into the void left by Rubio.

Like Rubio, Rondo is a pass-first guard who makes the game easier for his teammates. In his prime, he was one of the premier playmakers in the NBA. At 35 years old, despite his age, he is still more than capable of bringing that aspect of his game to a Cavs squad stripped of its playmakers.

Furthermore, Rondo also isn’t a great shooter like Rubio. However, both have made some strides in that department as their careers have gone on. The 35-year-old is shooting just 26.7 percent from 3-point country this season with the Lakers, which is his worst shooting mark since the 2012-13 season. Nonetheless, Rondo has become a 35 percent shooter the past eight seasons prior to this. He even shot a career-best 40.4 percent a season ago. While he isn’t an efficient sniper from beyond the arc, Rondo has also proven to have a knack for making his shots when they count the most.

Rondo is well past his prime, but he should give the Cavs a boost after these major injuries.