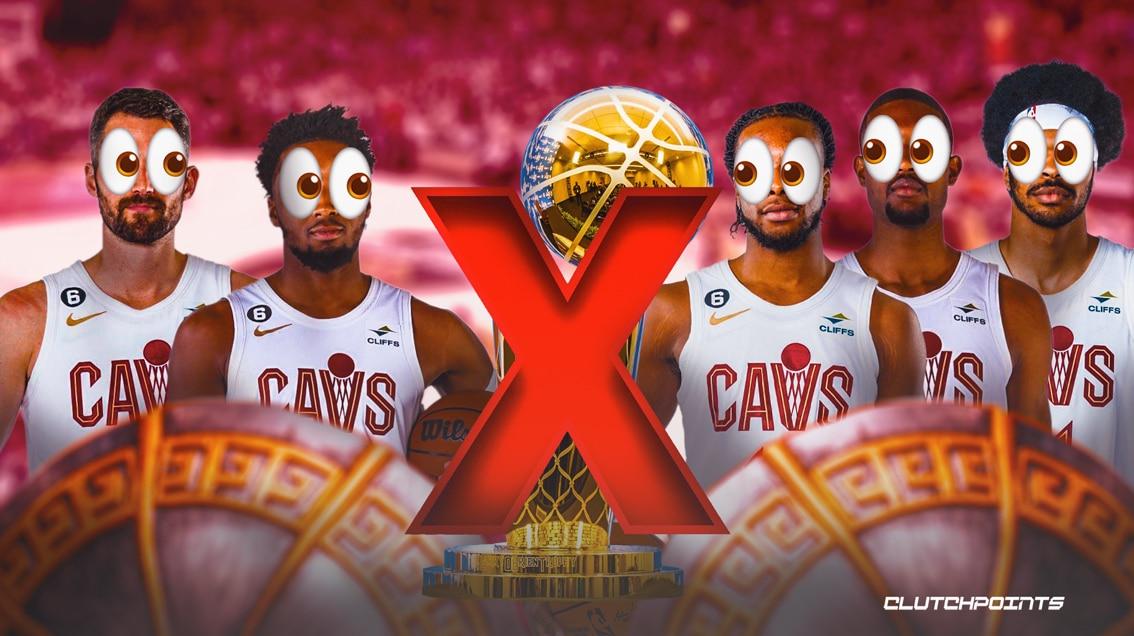 The Cleveland Cavaliers made a big splash this offseason, pulling off a blockbuster trade for star guard Donovan Mitchell. The best part is they didn’t have to give up any of the very top members of their young core, which bodes well for the Cavs’ playoff aspirations in 2022-23.

J.B. Bickerstaff’s squad could potentially have four All-Stars in Mitchell, Darius Garland, Evan Mobley, and Jarrett Allen. In a nutshell, that’s a scary group for any team to face this season. While the excitement in Cleveland is at an all-time high since LeBron James left for Los Angeles, it’s a little bit too soon to think the Cavs could actually win a title in ’23.

Here are two reasons they won’t go all the way … yet.

When you look at the teams that have won titles in past years, there are players on every roster who either won a championship before or came extremely close to doing so. The Warriors? Steph Curry, Draymond Green, Klay Thompson. Seasoned veterans on the big stage. The Bucks? Giannis Antetokounmpo and Khris Middleton had already been on the doorstep before lifting the prestigious Larry O’Brien Trophy.

The reality of the situation is Cleveland hasn’t been in the playoffs since LeBron led them to the 2018 Finals, where they were swept by the Warriors. Yes, the Cavs probably would’ve been a top-six team in 2021-22 if it wasn’t for injuries to numerous key players such as Ricky Rubio, Evan Mobley, and Jarrett Allen. Cleveland just had bad luck and then failed to even get by the Atlanta Hawks in the play-in tournament.

Don’t get me wrong, bringing in Mitchell is absolutely massive. While he failed to take Utah to the Promised Land, the former Louisville standout is a tremendous player and should fit in seamlessly alongside Garland. Hell, this might be one of the best backcourts in the league. The Cavs have all the potential in the world. Banking them to be a top-five team in the East even is by no means a longshot. But a title run, especially in this conference, is farfetched at the moment. That leads right to the next point.

Look around the East. Milwaukee, Miami, Philadelphia, Boston, Brooklyn. All of these teams are legitimate squads that could be in the NBA Finals. Most importantly, they’ve all been right there. The Bucks are surely going to bounce back after Middleton suffered an unfortunate injury in the first round. The Heat are absolute dogs and just missed the Finals last season. The Sixers lured in PJ Tucker and Montrezl Harrell, never mind the new-look James Harden and a highly motivated Joel Embiid. The Celtics? Yeah, they were only just in the Finals.

The Cavs are very capable of competing with all of these organizations. But to think they’re going to beat all of them out in the Eastern Conference is, well, tough to comprehend. You can’t forget the Nets either, who will see Kevin Durant and Kyrie Irving return, plus Ben Simmons.

Cleveland is going to be a force in the Eastern Conference for many years to come. Out of all of the East, they’re one that will contend season after season given the roster setup.

However, the Cavs need that playoff heartbreak. That learning experience from losing in a first, second, or even third round. This is exactly what makes you better and hungrier.

Cavs Nation has every reason to be excited. However, winning a ring in 2023 is premature.