Clevelanders Camp Out Before Championship Parade 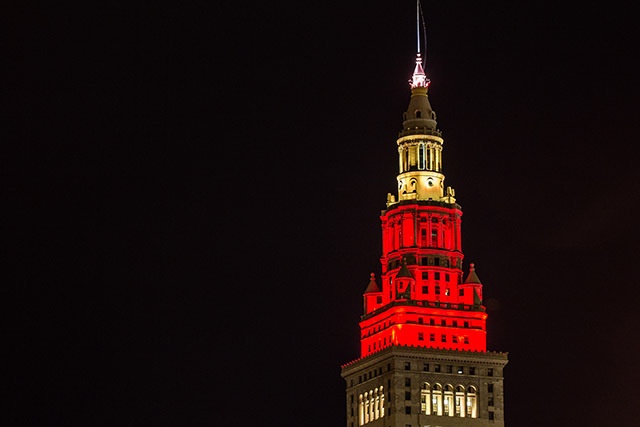 Some people like to camp out under a pale moon light. Clevelanders prefer the wine and gold glow of the Terminal Tower three days after the Cavaliers win the Larry O’Brien Championship Cup!

You weren’t supposed to camp out. The Cleveland Police reported that it wouldn’t be tolerated. But people did anyway and had a blast doing it. Could you blame them when they were told a crowd of 800 thousand people were expected? Besides, who could sleep? THE CAVS HAD JUST WON the championship!

Thank goodness for a wide selection of bars to check out until closing time. The partiers then took to the streets to stake claim to the perfect spot and wait for their team to come by. The night was beautiful, the moon was full, and the excitement was high.

Friends who were still at home debating if they should come or not were calling in, asking if they should leave now or wait. Those who heeded the word of their friends left home immediately. Others were not so lucky – many couldn’t even get into the city.

Just because you thought you had the perfect spot didn’t mean you’d be guaranteed the perfect view. 800 thousand turned into 1.3 million and the sidewalks and streets filled quickly. No surface was safe. If it could be climbed it was. Light posts, trees, tops of port-a-potties, sculptures, and small ledges of buildings were all full. Anything to catch a glimpse of the team that finally did it.

Did LeBron and his band of basketball playing brothers break the curse? That’s left to interpretation. Did they help build a bond between complete strangers in a town whose recent history has been tarnished with violence? Absolutely. Would we do it again? In a heartbeat! We just hope we don’t have to wait another fifty-two years before that heart makes its next 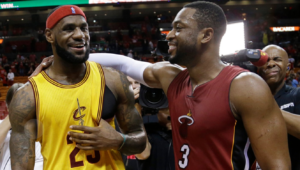 JUST IN: REPORT: Dwyane Wade Went To Chicago, But Took Care Of LeBron And The Cavs
Related TopicsCavsLeBron